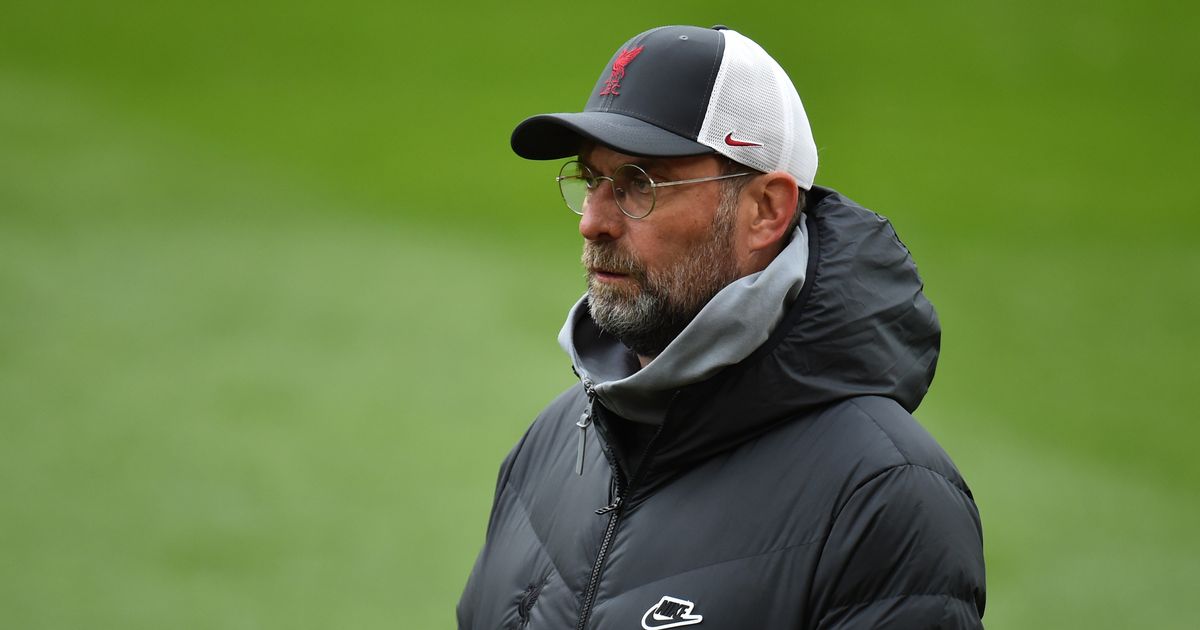 If a week can seem like a long time in football, a year can often feel like a lifetime. But try waiting 30 years for your next league title and see what it does to your club.

Liverpool had watched on in envy as Chelsea, Manchester United, Arsenal, Leicester City and even Blackburn Rovers claimed a Premier League title before they did.

It created a burning desire to succeed. For one of England’s most historic clubs, a world-renowned footballing institution, to go three decades without a league title was almost inexplicable.

But finally, under their inspirational coach Jurgen Klopp, the Reds had their momentous day to celebrate on July 22, 2020 after clinching the league title with consummate ease ahead of dethroned champions Manchester City.

Liverpool were confirmed as Premier League winners on June 25 with seven games to spare, when nearest rivals Manchester City lost 2-1 at Chelsea, but they had to wait until their final home game of the season to be presented with the trophy.

And when they did, it was a spectacular occasion that matched the entertaining eight-goal thriller that had preceded it.

Jordan Henderson was tasked with lifting the Premier League trophy on the Kop at a near-empty Anfield to mark the club's first top-flight triumph, albeit in front of an empty stadium.

The Liverpool captain received the trophy from Sir Kenny Dalglish, the last manager to achieve the feat in 1990, as the Merseysiders basked in the glory of their achievements.

They did so in front of their families, who were given a special exemption to attend the trophy presentation. There were tears of joy, relief and pride as this historic club were back where they felt they belonged: on top of English football.

It had been a long season — 11 months in fact — following the suspension of the campaign due to the coronavirus pandemic. Clubs had been forced to cope with their players testing positive for Covid-19 and self-isolating while games went on behind closed doors.

Liverpool knew that with the ‘second wave’ approaching, they would be without their passionate fanbase for the majority of the 2020-21 season as they looked to defend their title. The task in front of the Liverpool boss to retain the title would be immense.

The personal toll was evident too, as Klopp later spoke at length about the effects of lockdown in Britain and admitted he struggled to adapt to the new way of working, with no social visits to friends or family back home allowed.

“It was the most difficult year of my life because I never thought I would have to deal with the pandemic; not me personally but us all,” Klopp told reporters back in May.

“I found that really difficult to deal with at times, to be honest. Football was part of it. What did I learn? That sleep is overestimated.”

It was already going to be a tough season. Manchester City had strengthened with the signing of Ruben Dias, while Chelsea had splurged £220million on seven new recruits including Timo Werner, Kai Havertz and Ben Chilwell. They were the two teams most likely to threaten their status as champions.

Former Reds defender Jamie Carragher had too discussed the “huge impact” of losing the 53,000-strong crowd on a weekly basis, but no one could have prepared Liverpool for what would happen in their first season as champions.

During the Merseyside derby at Goodison Park in October 2020, Everton goalkeeper Jordan Pickford sprung off his line and launched into a horrific lunge on Virgil van Dijk.

The impact of the challenge seriously injured van Dijk's knee and it was later confirmed that he had ruptured his cruciate ligament, signalling the end of his season.

It was a crushing blow for the Reds. Van Dijk had been the superglue holding their fragile defence together and with the Dutchman’s absence, the foundations began to crack.

Joe Gomez suffered a serious knee injury on international duty with England, leaving Klopp with only Joel Matip as a senior defensive option. Fabinho was forced to play out of position alongside him.

But the defensive crisis worsened when Matip was ruled out for the rest of the season towards the end of January, with Klopp moving to recruit Ozan Kabak on loan from Schalke on deadline day, along with Preston's Ben Davies as cover.

With his options down to the bare bones, Klopp had no choice but to hand a chance to untested centre-backs Nathaniel Phillips – who, at 24, had only made his first competitive start for the club earlier in the campaign – and 19-year-old talent Rhys Williams.

It certainly wasn’t the sole reason behind their alarming dip in form, but there was no denying it had affected their belief. In December, Liverpool were top of the league after 14 games played, some eight points clear of Man City.

By late February, they had slipped to eighth in the table and were now 11 points behind their title rivals City. Having gone 64 games unbeaten at Anfield across a period of three years, Liverpool somehow dug themselves into a hole at their iconic ground with six straight defeats — the first time in their history this happened.

At about the time Liverpool were in the worst period of their defensive crisis, while Klopp was also having to cope with a personal tragedy as news had filtered through that his beloved mother, Elisabeth, 81, had passed away.

Klopp was hit hard by the passing itself, but the agony of being prevented from attending her funeral, due to restrictions implemented as a result of the coronavirus, was almost too much to bear.

"She meant everything to me. She was a real mom in the best sense of the word," he told German publication Schwarzwaelder-bote.

The timing of Liverpool's dip in form could have not have been worse. Grieving over his mother's death, speculation had been circulating claiming Klopp could even be sacked or resign.

But it was a preposterous idea, for the German had earned the right to dictate whether he stayed or left on his own terms – and it was his belief that better times were just around the corner.

Indeed, part of Liverpool’s problem was their barren strikeforce. The once prolific Sadio Mane had scored just eight goals in the Premier League, while Roberto Firmino went 14 games without scoring.

Mohamed Salah was doing the heavy lifting, but even the Egyptian’s form had taken a bashing on the pitch — missing gilt-edged chances that the forward would usually gobble up for his pre-match meal.

There were some bright moments, of course. One being that Klopp’s biggest summer signing, Diogo Jota, had hit the ground running and even replaced the struggling Firmino after finding form in front of goal, ending the season with 16 goals in all competitions.

Their other new arrival, Thiago Alcantara, had shrugged off the injury problems that had plagued his first months in England. The former Bayern Munich star quickly slotted into the midfield, showing the outstanding range of passing that convinced Liverpool to pay £20m for his services.

Eventually, in the final third of the season, Klopp saw things improve on and off the pitch. Phillips was starting to impress at the heart of the defence after adapting to the demands of top-flight football, while pushing Fabinho into midfield gave the Reds a strong spine to rely upon.

Their form in the final 10 matches of the domestic campaign read won eight, drawn two, with 19 goals scored and six conceded. That was a remarkable improvement on the previous 10 fixtures, in which they had lost seven games and scored only seven times.

That unbeaten run had its fair share of moments which involved good fortune and the downright remarkable, as goalkeeper Alisson Becker scored a last-ditch winner to beat West Brom 2-1 and secure a vital three points.

And crucially, it was enough to not only secure a top-four finish to secure Champions League football for the next season, but also usurping Chelsea for third spot on the final day.

It had been a tough season and Klopp was certainly not deluded in celebrating, given what they had been through. They would have to watch Man City drink in the euphoria that comes with being crowned champions, with the knowledge that it was not even remotely close.

But with the fans back inside Anfield on August 14, a new defensive arrival in Ibrahima Konate and a refreshed squad after a full pre-season, Klopp will be confident his Liverpool players will fight to the end to organise another title party come May 2022.