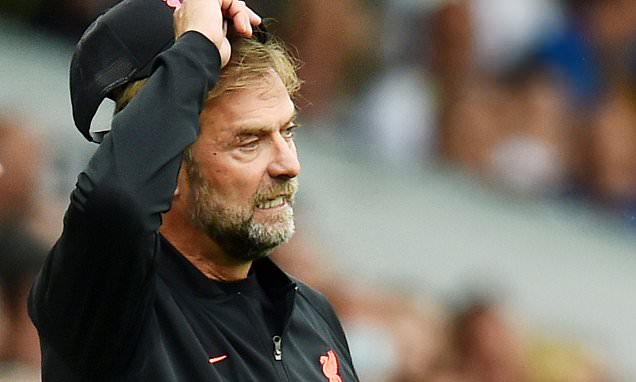 ‘It’s a bad one’: Liverpool boss Jurgen Klopp says Harvey Elliot’s injury is very serious as he admits he and his players ‘were all shocked’ by it

Jurgen Klopp was left in shock after his young star Harvey Elliott suffered a suspected dislocated ankle during Liverpool’s 3-0 demolition of Leeds.

Elliott, who has made such an outstanding start to the season, was injured in the 60th minute at Elland Road after Pascal Struijk attempted to recover the ball from him. It was evident immediately that the injury was severe.

Liverpool’s medical team, Dr Jim Moxon and head physio Chris Morgan, attended to the 18-year-old and were able to put the ankle back into place quickly before he was taken to hospital for further assessment. Elliott is now facing an extended spell on the sidelines and Klopp is distraught.

‘It is a bad injury,’ said Klopp. ’He played again an incredible game he is an incredible player. Now he is out. Do I want such a young boy having this experience so early in his career? No, but it is the case. We have to be there and we will be there.

‘We will play football without him but we will wait for him as well because obviously he is top, top, top player. I saw the situation and then I could see immediately the effect because I could see his foot – not in the right place. That is why we were all shocked, absolutely.’

Elliott was able to post on social media and, remarkably, when he got to hospital he gave his match worn boots and shirt to a young boy in the next bed who had broken his arm. Klopp took that as some kind of sign that his mental state, considering the circumstances, was upbeat. 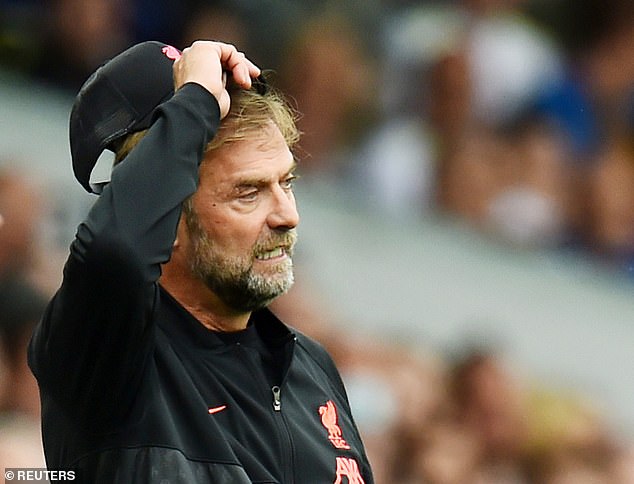 ‘It is one of the few Instagram posts that I really love,’ said Klopp. ‘It shows he has not much pain anymore, which is great news. The medical department could put it in the right place again, which is very important in that moment that it goes quick. That is good.

‘Apart from that there is not a lot of good things to say because obviously it is a bad injury. We have to wait now, just for the first assessments and scans. That is what we do.’

Leeds manager Marcelo Bielsa stressed there was no malice in Struijk’s tackle nor did he indicate that the club would launch an appeal over the red card, saying that referee Craig Pawson had “all the necessary resources” to make his decision.

‘I had the feeling that the movement of rest of body after he recovered the ball made him hit Elliott,’ said Bielsa. ‘I’m totally sure there was no bad intention. The difference here was that his follow through, with speed and power, caused the injury.

‘I regret dearly that such a young player playing at such a high level has been interrupted. I hope he’s able to get back.’

But Andrea Radrizzani, Leeds’s major shareholder, said Pawson had got his decision. He told Sky Sports: The accident was hard for him and I wish the boy full recovery but this is part of football. If you watch the video it was accidental and not intentional.’