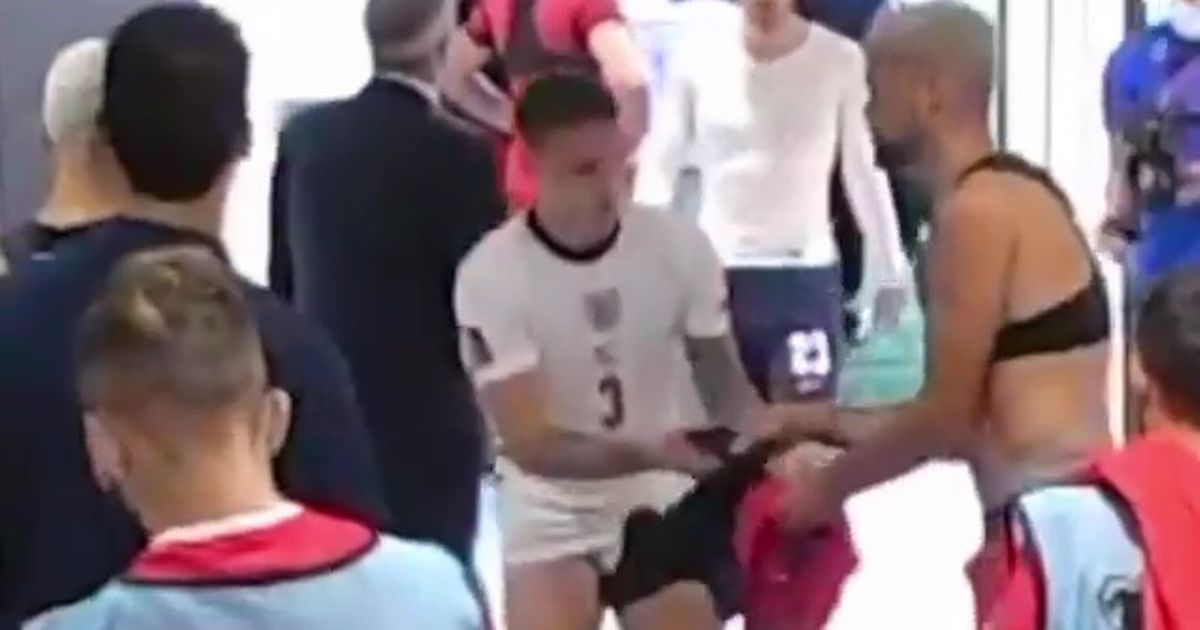 A hilarious clip has emerged of Kieran Trippier stripping down to his pants to give away his kit to Andorra players who were lining up for it.

Swapping shirts is something that fans have become used to seeing in grounds and on television but swapping shorts is a custom that seems to be reserved only for special occasions.

And although England handed the minnows a 4-0 defeat, they were still eager to make the most of the rare opportunity of facing some of football's megastars.

Many of the Andorra players could be seen making requests after the full-time whistle and Trippier was happy to oblige.

They were made to wait until the teams returned to the tunnel, but queued up patiently to pick up some memorabilia.

In a video Trippier shared on his Instagram, he can first be seen taking his shorts off and exchanging them for a red pair from defender Marc Vales.

He then moves onto the next Andorra player in the line before taking off his shirt to give away, leaving him wearing only his underwear, his socks and his boots.

Which England player's kit would you like to receive? Let us know in the comments section.

The social media post was accompanied with the caption: "I was running out of things to give away!"

One follower was quick to remark with a quick-witted comment simply reading 'Kieran Strippier'.

Vales himself also responded to the funny clip, saying: "Thanks for the change. It's a dream for us to play a game against you.

"Looking forward to see you in Andorra next month." The Atletico Madrid full-back was used on the left side of the defence by Gareth Southgate in what was a much-changed side.

The victory was the second 4-0 win in a row after the thumping of Hungary and it's now five wins from five in World Cup qualification for England.

Next up is arguably the toughest game in the group as they travel to face Poland in Warsaw on Wednesday evening.