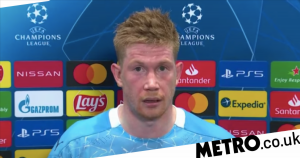 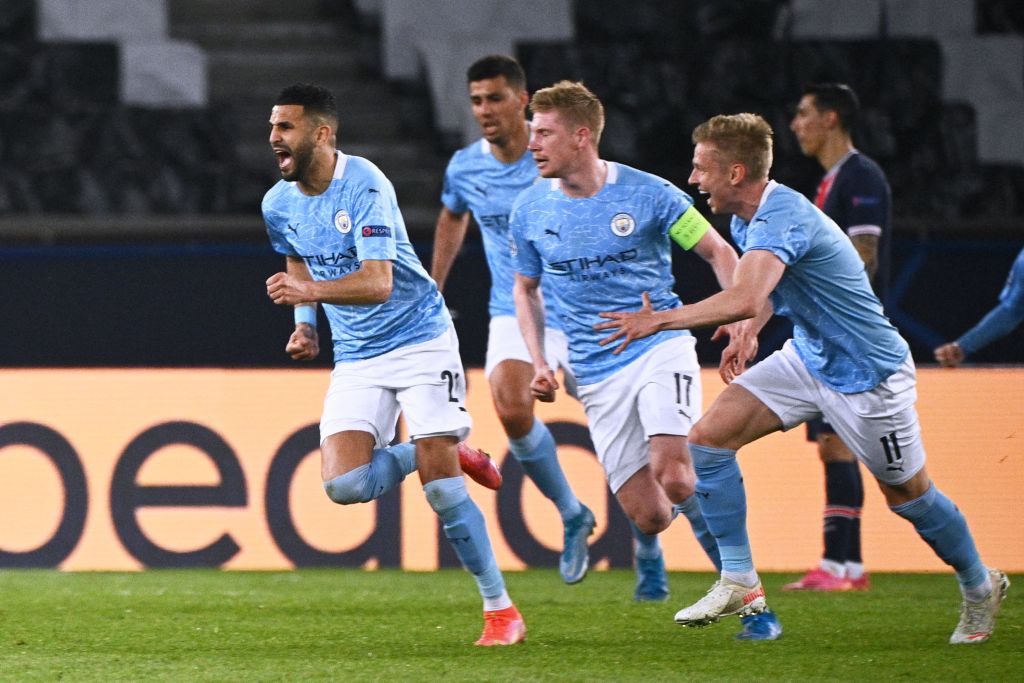 Kevin De Bruyne says he had ‘full confidence’ surrendering free-kick duties to Riyad Mahrez before the Algerian stepped up to seal Manchester City a 2-1 comeback win over Paris Saint-Germain in their Champions League semi-final first leg.

The Ligue 1 champions were the far superior team in the opening stages of Wednesday’s heavyweight clash and deservedly took the lead thanks to Marquinhos’ 15th-minute header at the Parc des Princes.

But the visitors grew in confidence as the match wore on and levelled just past the hour-mark when De Bruyne’s teasing cross somehow evaded a sea of bodies in the penalty area and beat Keylor Navas in the PSG goal.

Idrissa Gueye fouled Phil Foden on the edge of the box to gift City a golden chance to go in front in the 71st minute and Mahrez grabbed the opportunity with both hands as his controlled left-footed effort pierced the wall and nestled in the net.

Referee Felix Brych gave Gueye his marching orders for a shocking challenge on Ilkay Gundogan soon after and City kept hold of their advantage to take two away goals back to the Etihad ahead of next week’s second leg.

‘I think it was a game of two halves. I think we started well in the first 10 minutes, had some good control but they’re an unbelievable team and you know they have great quality up front,’ De Bruyne told BT Sport shortly after the final whistle.

‘It’s a shame about the way we conceded. I think after that they had a couple of small chances. After about 25 minutes we changed the way we pressed them and it became better.

‘We had a couple of opportunities, especially the one with Phil, but I think the second half was much, much better and I think we put them under pressure.

‘Obviously the way the first goal goes in is a bit lucky but I think we played great football in the second half and we did well there.’

Asked what was said in the City dressing room at the half-time break, De Bruyne added: ‘Just play a little bit more with the ball.

‘I think the first half we were too rushed, we wanted to go forward too quickly and that’s not the way we are set up as a team.

‘And I think in the second half we did really well. We tried to find the spaces more patiently and I think we did that.

‘Obviously they are a really tough team to play against and the progression we made as a team was good.’

De Bruyne sympathised with PSG goalkeeper Navas when reflecting on his fortuitous equalising goal and felt it was a turning point in the tie.

‘It set up in the perfect position and I think it’s so difficult for the goalkeeper because he always expects somebody to touch it,’ the attacking midfielder said.

‘But it was great for us and I think we kept going and obviously the second goal with Riyad was good for us.

‘But there’s still a game to go so we have to concentrate on that.’

The Belgian lifted the lid on the brief chat he had with Mahrez as they stood over the ball before the latter’s decisive free-kick midway through the second half.

‘He asked me if he could take it and I said, “If you believe in yourself, take it”,’ De Bruyne explained.

‘I have full confidence in my team and he scored the goal so who am I to say something about that.’