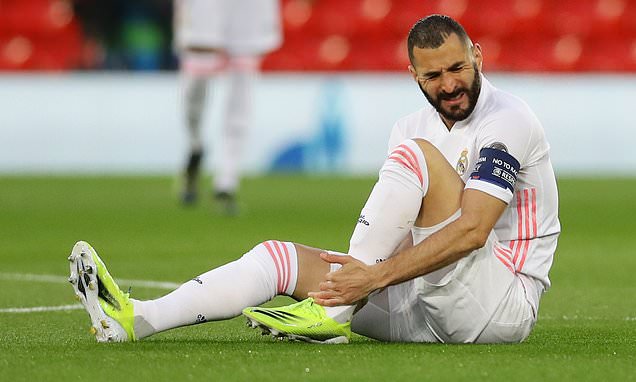 Real Madrid ace Karim Benzema is struggling with the after-effects of a crunching tackle from James Milner and may be rested for the game against Getafe this weekend as a result, according to reports.

Benzema has struggled to shake off any discomfort after Liverpool midfielder Milner careered into his ankles during the second leg of the Champions League quarter-final clash at Anfield.

Marca have claimed that, as a result of the slight setback and Madrid’s hectic upcoming schedule, Benzema will need to sit out a game sooner rather than later. 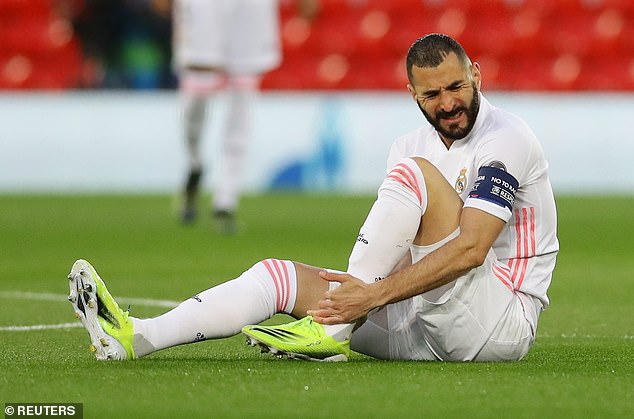 Zinedine Zidane was seen on the touchline devilishly grinning after a thunderous tackle on Milner in midweek – but may not be as positive now.

Milner threw himself at Benzema in the early stages of the fixture to try and set the tone, and the challenge, to the surprise of many, went unpunished.

Casemiro, Madrid’s enforcer, then went in search of revenge and wiped out veteran Milner directly in front of the Liverpool dugout, all while Zidane watched on in the background with glee. 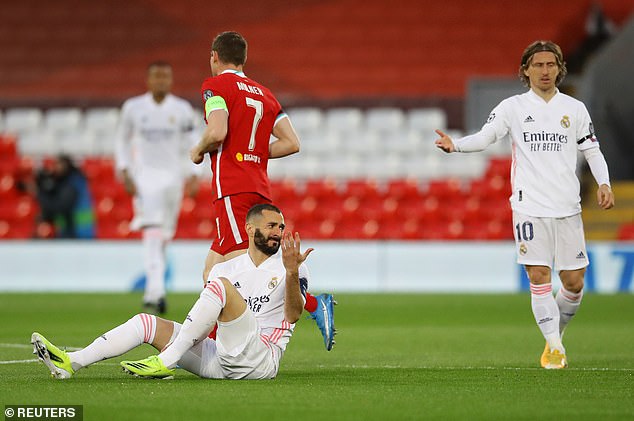 The result on Merseyside has now handed the Madrid boss a conundrum over Benzema, however, with his team having contested two Champions League fixtures and El Clasico within the space of just 10 days.

It has been suggested by Marca that, with Getafe, Cadiz and Real Betis all to come before the semi-final against Chelsea, Benzema will need time to fully recover.

His hot streak in front of goal has rendered him crucial to Madrid’s title push in LaLiga though, with nine goals arriving at domestic level in his last seven games. 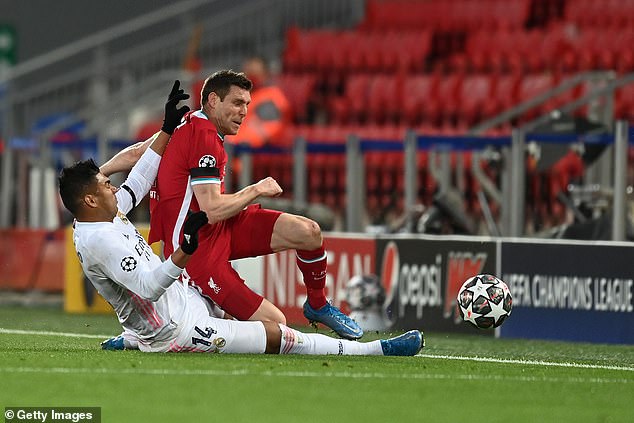 His tally for this season across all competitions stands at 25 and Benzema has cemented his spot as one of the Spanish top flight’s most feared frontmen.

Madrid have shot back into the title race too, partly as a result of the heroics from the Frenchman, and are just one point behind leaders, and neighbours, Atletico.

Benzema is set to be rewarded for his fine form, Marca have also reported, with a one-year extension to his deal on the horizon. 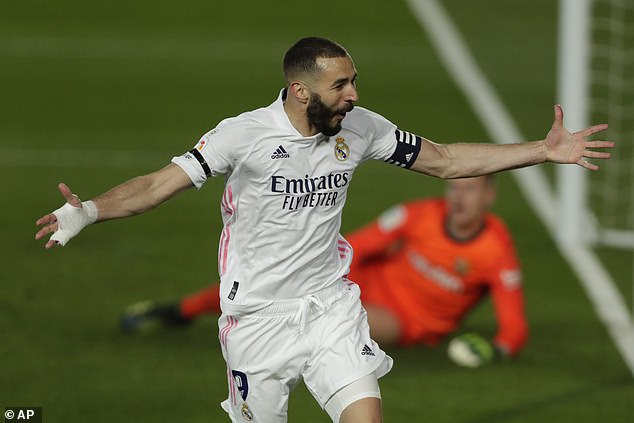 It has been said that there is a ‘firm understanding’ between both parties and that the offer of fresh terms will be tabled soon.

It has become common practice at the Bernabeu to only hand players aged over 30 a one-year extension.