Juventus are fully behind boss Andrea Pirlo and do not want to create stress for Andrea Pirlo and the team by seeking out alternatives for the former midfielder, however the club do have plans for a worst-case scenario.

Pirlo tasted defeat on Wendesday night for the first time since taking the top job in Turin, as his side were beaten 2-0 by Barcelona at the Allianz Stadium.

The manner of the defeat raised alarm in the Italian media, and sharpened the focus on a disappointing start to the season, which has included three draws in Serie A – two of which came against sides the Italian champions would expect to beat. 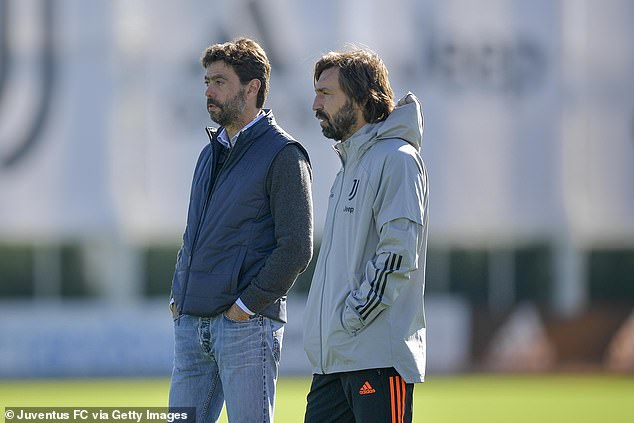 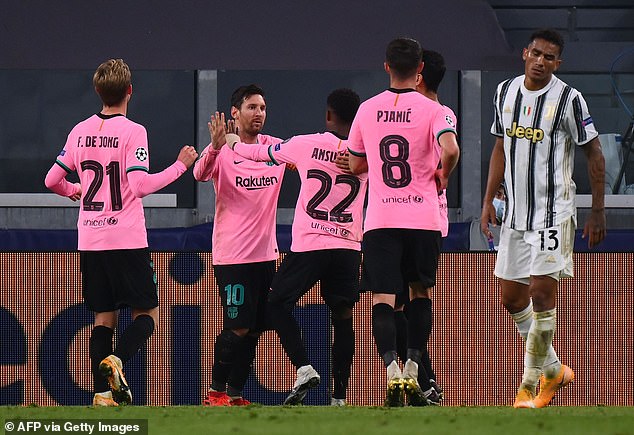 In this delicate moment, though, the only focus within the squad is on hard work.

Owner Andrea Agnelli will be present at the sessions at the Continassa training base over the coming days to check in on Pirlo and his squad. He has previously stated that Juventus are used to the pressures  that come with the weight of expectation and expects the squad to respond accordingly.

To help Pirlo on the training pitch, a new arrival in his backroom team could add a much needed spark. Paolo Montero, who spent nine years at Juventus as a player between 1996 and 2005, has been axed from his role as manager of Serie C side Sambenedettese.

He is now a free agent and could accept any work assignment that comes his way from Pirlo.

According to Tuttosport, Juventus had looked at bringing him on board in the summer, but the former club star had preferred to respect his contract at the time. 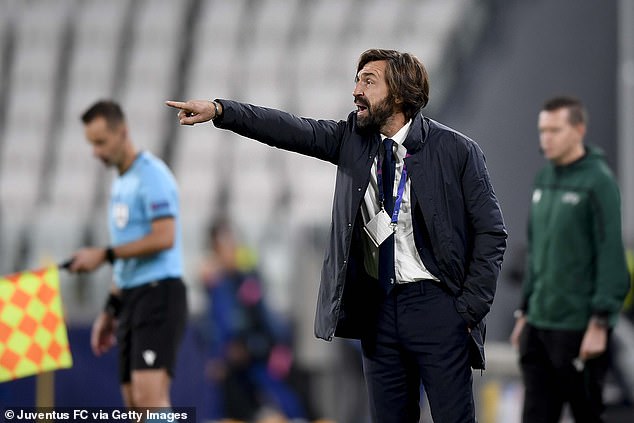 Pirlo has endured an indifferent start, but still has the support of his players and the board

Another indication of Pirlo’s standing at the club is the affect he has had on his players. Indirectly, praise has made its way back to the president and the management team effusing praise for the 41-year-old.

The coach is much loved by both the more experienced players and the new players purchased in the summer.

Unlike his predecessor Maurizio Sarri, Pirlo has won the admiration of all his players with his charisma. However, the question still remains, how much goodwill will remain if results continue to fail?

Agnelli does not want to change coach, though given the unpredicatable nature of football there is no telling what a disastrous November for Pirlo and Juve may bring. Should the worst-case scenario be realised, the club would be prepared.

The club president has an exceptional relationship with Massimiliano Allegri  – the pair still in regular contact. 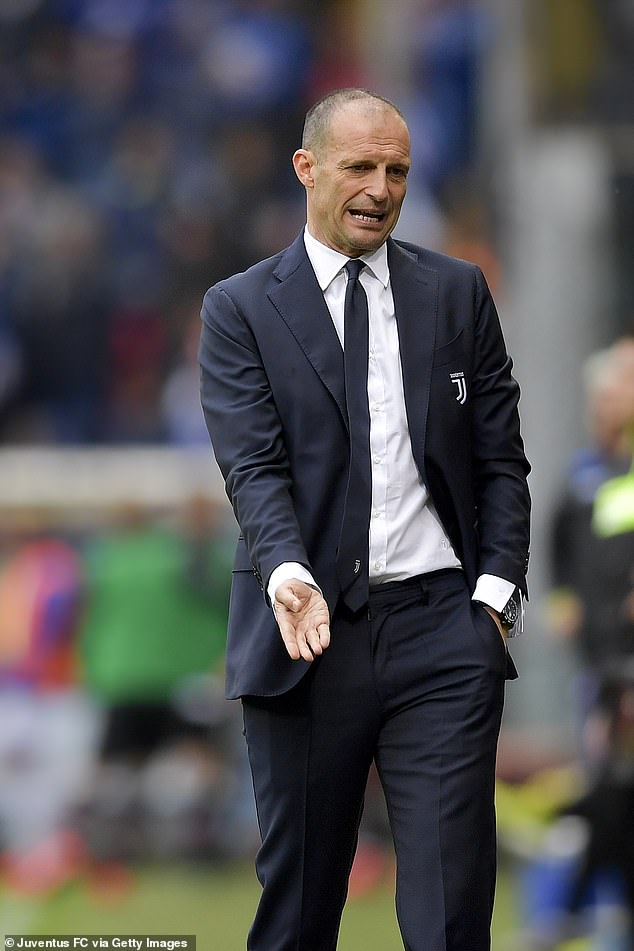 President Agnelli still has a close relationship with Massimiliano Allegri, his former manager

The former Juve boss would be the only coach capable of warming Agnelli’s heart, however the presence of Fabio Paratici and Pavel Nedved on the Juventus board pose a stumbling block to his return.

Both asked to remove the head coach in 2019 after his five years of success and Allegri would only agree to return to Turin after a series of changes within the club.

Returning to the negative environment and close to those who served his head on a plate is something the 53-year-old may consider unpalatable, and the removal of characters such as Paratici appears highly unlikely at this stage.

Allegri has refused all other offers of management to date. In the summer according to Sky Sport Italia, he was very close to Borussia Dortmund but preferred to say no.

Lazio and Rome have also sounded him out, but Juventus would have priority over any other job offer.