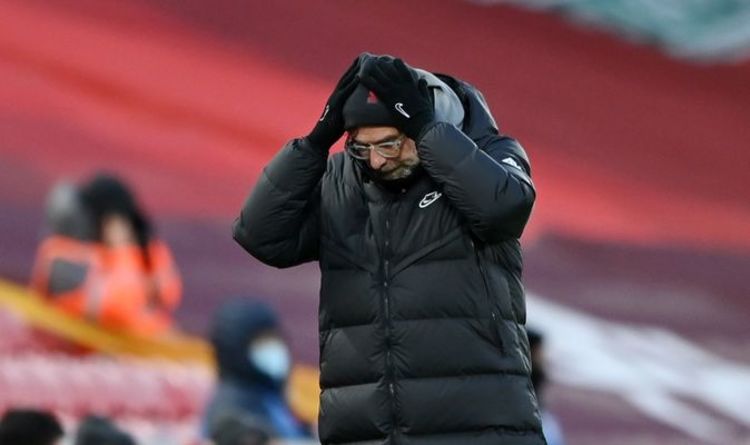 Liverpool’s faint title hopes took another major blow as Manchester City dismantled the champions 4-1 at Anfield. The Reds knew only a win would see them move back into contention after a worrying dip in form had seen them move out of the top-three.

But goals from Ilkay Gundogan (x2), Raheem Sterling and the irrepressible Phil Foden means City now sit 10 points ahead of them, with a game in hand to boot.

Jurgen Klopp’s hopes of becoming just the fouth manager to retain the Premier League title now look all but dashed.

And ahead of the game, the struggles that have engulfed his team were clear to see in a snappy interview with reporters.

Asked about their title credentials, he said in an interview with Sky Sports : “I don’t understand you, the only thing you want to talk about all the time is us becoming champion.

JUST IN: Gary Lineker weighs in on Alisson howlers against Man City 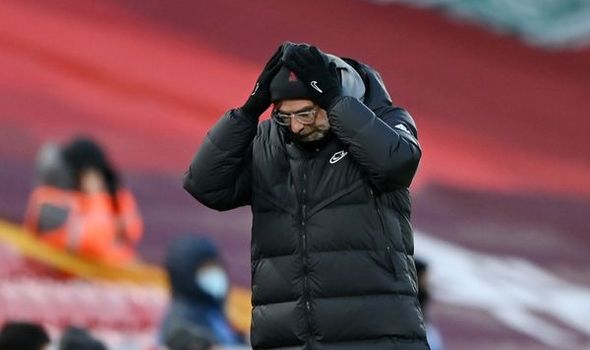 “We try – but if I say it is possible, or it is not possible, then we have another headline. Why would we do that?

“Let’s talk about the situation, if you’re not interested then I don’t understand why we talk.

“I’m not angry, I just don’t understand why the whole interview is about us becoming champions again.”

The major decision for Klopp for the visit of Pep Guardiola’s side was whether he would include one of his January signings in the heart of his defence. 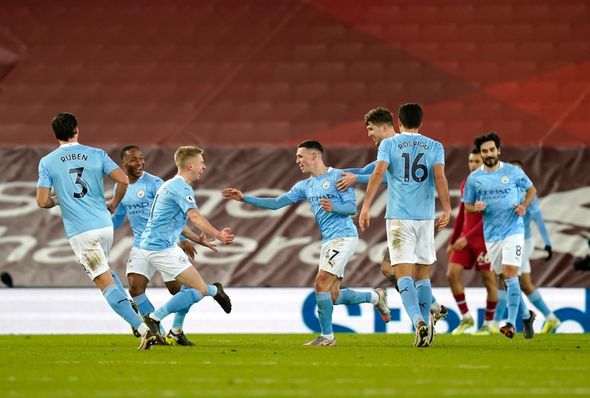 Ozan Kabak and Ben Davies both arrived on deadline day last week, with injuries ravaging their options at centre-back.

Perhaps, surprisingly Klopp decided to omit both players for the clash with City, claiming it was too soon to bring them into the fold.

“There was no chance with the way we approach football nowadays,” he told Sky Sports prior to the games.

“I think they had four sessions together. So if you are completely under pressure and have no other options then yeah, they’ll have to play of course.

“But we had other options, of course, in the moment thank god. It was clear we would start with a more settled variation.

“Not only on top of that it’s not only about defending but offensive play as well. Against City you have to defend a lot, that’s clear, but you have to play football as well.

“The two centre-halves, we’ve decided, are pretty good at that and that’s why we decided. 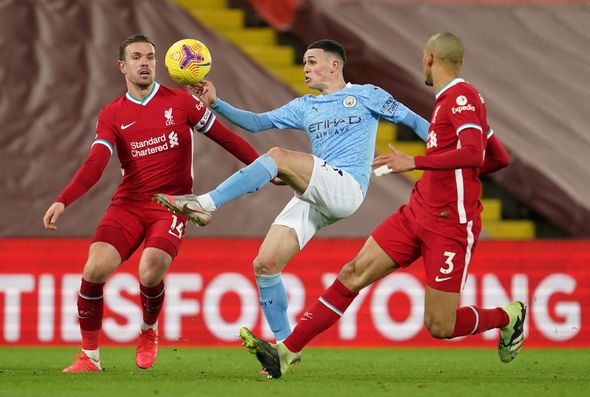 Instead, Klopp started Jordan Henderson and Fabinho at the back, midfielders by trade, but two that have impressed at the back.

But while their talents have helped solidify issues defensivey – after all, much of Liverpool’s problems stemmed from a horror show by Alisson – but in midfield they now look threadbare.

This was a day that Phil Foden announced himself to the world as one of the game’s next top talents, with a display that will go down in Premier League history.

But with Henderson and Fabinho busy contending with the likes of Raheem Sterling, their midfield was overran time and time again.

Playing against a Pep Guardiola midfield with one without two of their first choice three, always appeared a risk.

And it was a gamble that ruthelessly backfired. He may have had ‘no chance’ against City, he may have ‘no choice’ going forward.