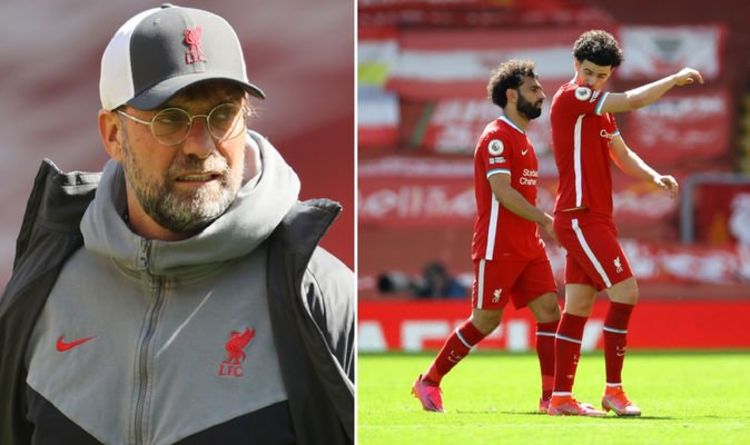 Jurgen Klopp was visibly frustrated with his Liverpool players after they threw away victory at the death for a second successive Premier League match, drawing 1-1 with Newcastle at Anfield on Saturday afternoon. Joe Willock’s 95th minute equaliser off of the bench dealt a major body blow to the Reds’ hopes of qualifying for next season’s Champions League, leaving them sat sixth, and Klopp warned: “We learn or we don’t play Champions League.”

Mohamed Salah put Liverpool 1-0 up inside just three minutes with a terrific finish on the turn, but from then on the hosts could not take advantage of Newcastle’s openness at the back.

Liverpool wasted a succession of clear-cut opportunities despite all of their four main forwards – Salah, Diogo Jota, Sadio Mane and Roberto Firmino – being on the pitch from the start.

The quartet had 16 of Liverpool’s 22 shots at goal, compared to Newcastle’s seven as an entire team, but they could not help add to Salah’s early opener despite their countless openings.

And they were made to pay as the Magpies overcame the disappointment of having a late Callum Wilson goal ruled out by VAR for an accidental handball with the on-loan Arsenal midfielder Willock proving the hero yet again for Steve Bruce.

Just minutes after Wilson’s goal was ruled out, Willock latched on to a Dwight Gayle flick-on to fire a deflected effort beyond Alisson as Newcastle secured a second draw of the season against Liverpool. 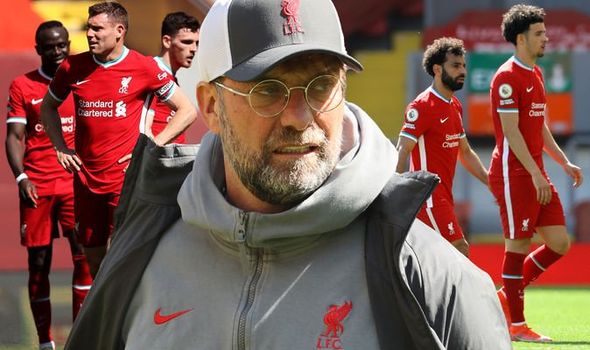 That meant the soon-to-be-dethroned English champions gave up three points late on for the second straight match, having also drawn 1-1 against Leeds on Monday.

And they also waste an excellent chance to move at least temporarily into fourth spot and put pressure on top-four rivals Chelsea and West Ham.

Klopp admitted to BT Sport post-match: “If you deserve it, you deserve it. I didn’t see that we deserved to play Champions League next year. Another five games, we will see what we can do.

“Until then there’s a few days until we play Man United, will be a tough one as well. We learn or we don’t play Champions League. That’s it.”

“We didn’t play enough. It was not complicated, with a few passes we came always through [the Newcastle lines], we just had to do that again and again. They had from time to time a counter-attack, that can happen.

“We had to keep going and playing and keeping the ball, let them run. These kind of things. But we kept them alive. They of course deserved the goal.

“They scored two minutes before or whatever and that was unlucky for Wilson. It was handball with how we now use the rules. We don’t even take this present. It doesn’t happen a lot that we get lucky with VAR this season.

“Today we were and we gave it away and that just makes no sense. It’s then really tough to take.”

Liverpool had more shots on target against Newcastle than they mustered in their 7-0 Selhurst Park win over Crystal Palace back in December.

There was a sense of inevitability to the visitors’ late leveller as Liverpool creaked under the pressure.

And Klopp added: “Why it happened? I don’t know. How it looked, I saw. We just have to keep the ball.

“In a specific way, we don’t fight enough. We fight to get the ball back and stuff like this. But to keep ourselves in a position where you dominate the game, which was possible [we didn’t].

“We had 70 per cent of the ball and should have had 80 per cent. There were moments when Newcastle had a counter-attack and we needed the goalie and we had to defend it, that’s all fine if they get something in that. 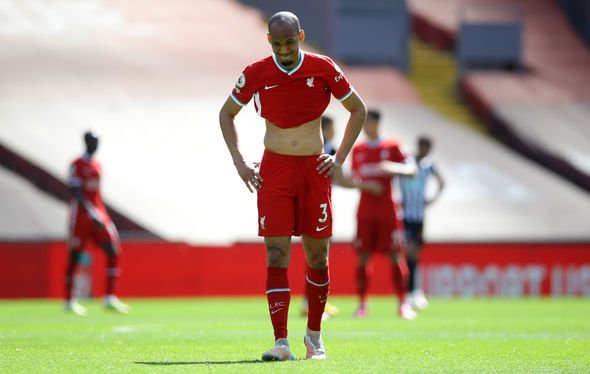 “We create a lot of chances and didn’t score, we have to create more and then use them. We scored with the first and then not with the second or the third and it has this kind of impact, ‘Oh my god if only it dropped here’ instead of going [again to try and score].

“Who cares? A missed chance is just information, nothing else. We don’t do that [bounce back after missing chances] well in the moment, I have to say. That’s why I say in the end it’s deserved.

“You look at the stats and think, ‘How can that happen?’ But it happened, we saw it. They fought for it, they got it. We got nothing pretty much, we got a point but it feels like a defeat.”

Liverpool, who take on Manchester United at Old Trafford next up, are one point behind both Chelsea and West Ham, who take each other on at the London Stadium tonight (5.30pm kick-off).

The Merseyside club also face Southampton, relegation-battling duo West Brom and Burnley and then Crystal Palace in their run-in between now and May 23.