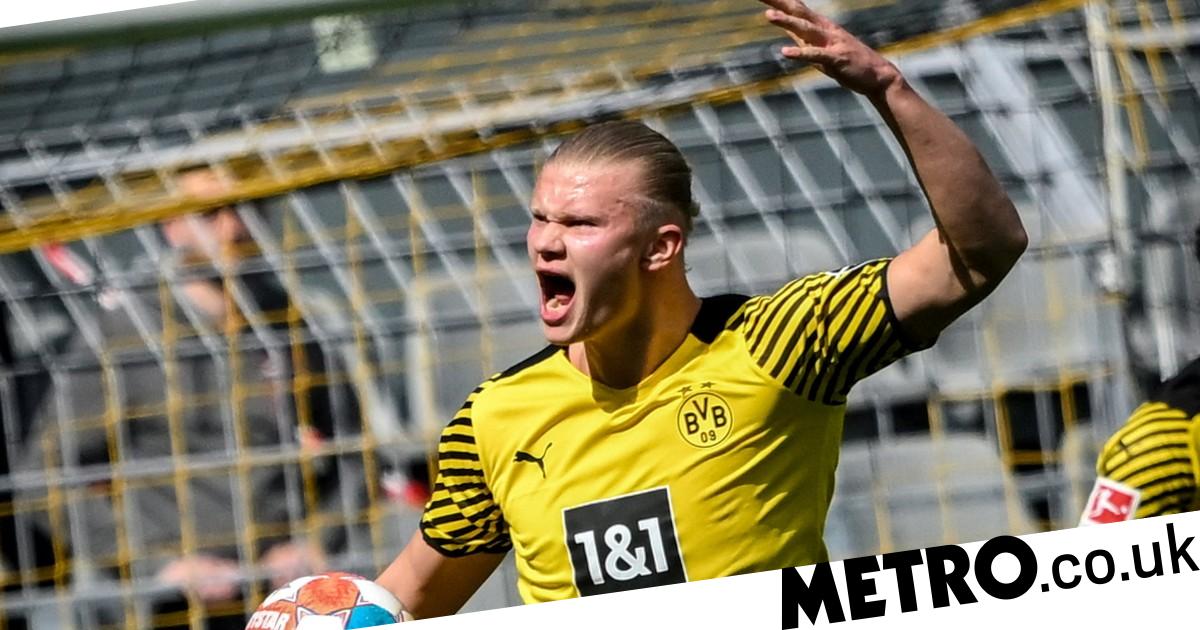 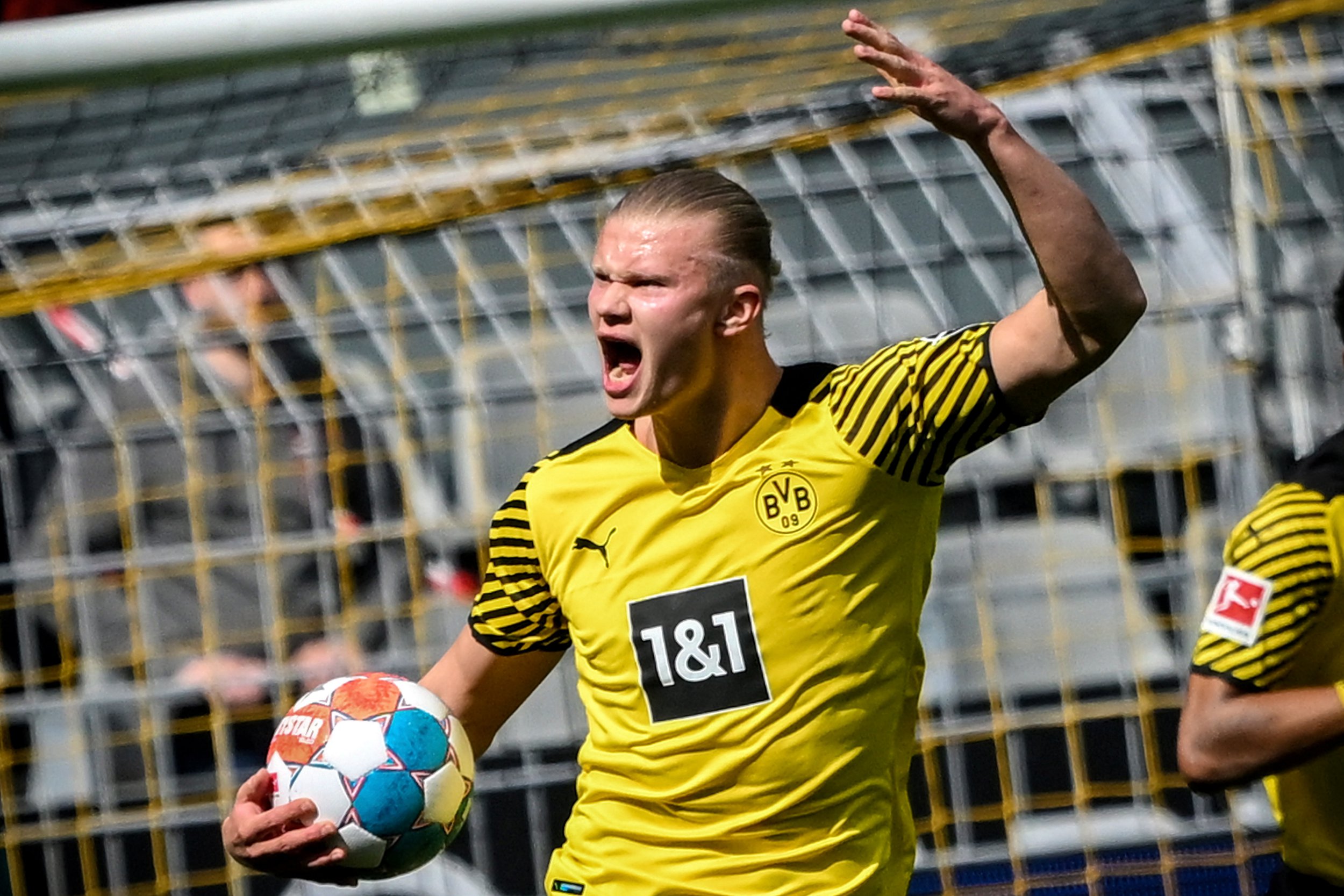 Jurgen Klopp expects Erling Haaland to get used to scoring tap-ins at the back post when he joins Manchester City this summer, saying the prolific forward is ‘unfortunately a really good signing’ for the Premier League champions.

A deal to bring Haaland to City from Borussia Dortmund has been agreed and the 21-year-old will bring his immense goal-scoring talents to the Premier League for the first time.

The Norwegian has been prolific in the Bundesliga and Champions League for Dortmund and is now expected to be lethal for Pep Guardiola’s side, a team which does not struggle to create chances.

The big, physical and pacey forward can score all sorts of goals, but Klopp reckons he will enjoy getting on the end of balls across the box at City, scoring tap-ins at the back post.

That is no slight on the player or his new team, with the German admitting that it is a fantastic signing for his side’s greatest rival.

‘Good player…good player,’ said Klopp of Haaland. ‘City was never and will never be a team that wins games because of one player, because of the way they play.

‘I think Erling will realise that all of a sudden he will score a lot of goals at the second post, where he just puts a foot on it, so he will love that.

Haaland has admitted himself that he has had injury concerns, saying that staying fit is the one thing he would choose to improve about his game.

‘If I can improve on one thing that is to not be injured,’ said the Norwegian. ‘If I’m not injured I will play much more games and deliver even better.’