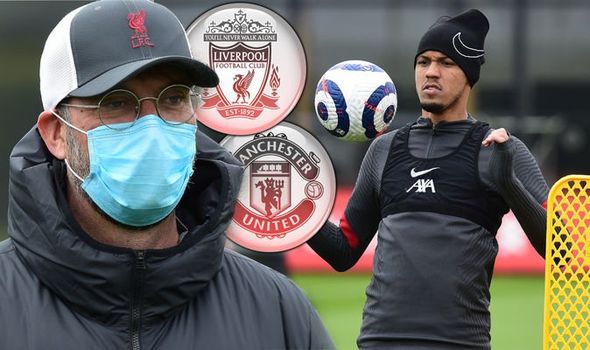 Liverpool’s last two results – back-to-back 1-1 draws against Leeds United and Newcastle – have seen a mini-revival halted and the Anfield gloom return. The golden sky at the end of the storm looks unlikely to appear until next season at this rate.

The Reds might have been level on 58 points with fourth-placed Chelsea and in with an excellent chance of Champions League football next season, but those draws instead leave them four points adrift of the Blues – who have lost just once in the league under Thomas Tuchel – with five games to go.

Jurgen Klopp’s charges go to Old Trafford this weekend looking to restore some confidence in their prospects of a fourth successive top-four finish and provide some much-needed positivity for the club’s fanbase.

But Old Trafford is one of the venues where Liverpool have struggled most under Jurgen Klopp, having failed to muster a single victory in six attempts since the German’s October 2015 appointment.

Liverpool have won at the home of their rivals just twice in 20 visits across all competitions since September 2004, despite managing nine Anfield wins over United in the same period.

Under Klopp, Liverpool have drawn 1-1 at Old Trafford three times in the Premier League and Europa League, as well a single goalless draw, while they also lost 2-1 in the league in March 2018 and were beaten 3-2 there in the FA Cup in January. 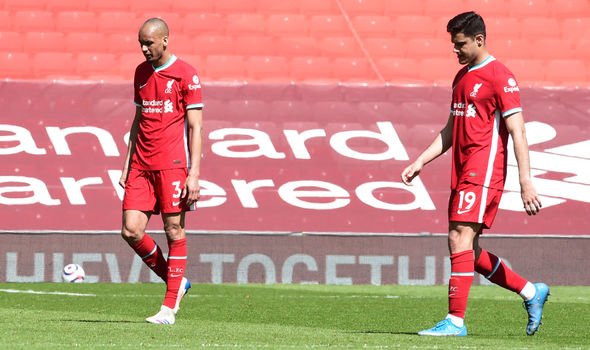 The Merseyside outfit have not won in Salford in any competition since a 3-0 defeat of David Moyes’ Red Devils back in March 2014, the season Brendan Rodgers almost led Liverpool to title glory.

And if Klopp is to clinch his first Old Trafford victory as Reds boss – with anything less surely the death of Liverpool’s Champions League hopes – this weekend then there is a risky yet calculated decision that awaits him.

With Fabinho starting in defensive midfield, Liverpool beat Wolves 1-0, Arsenal 3-0 and Aston Villa 2-1 as well as managing a 2-0 defeat of RB Leipzig in the Champions League.

Granted the Brazilian was well below-par in the 3-1 away loss at Real Madrid, as were all of his team-mates to be fair, but the No 6 kept a clean sheet against the same opposition in the return tie at Anfield a week later.

Quite simply, since the turn of the year, Liverpool have been much better as an entire unit with Fabinho snapping away at opposing players in midfield and thwarting counter-attacks rather than managing the back-line.

Granted the Reds have been without Nat Phillips in their past two matches, and that he was not spotted in training – with the group or individually – at Kirkby on Wednesday does not bode well.

It appears increasingly likely that the 24-year-old will miss the trip to Manchester on Sunday (4.30pm), leaving Klopp with a decision to make as to whom he picks alongside Ozan Kabak.

But the evidence suggests the German should take the risk of picking a natural centre-half rather than Fabinho, who has proven time and time again since joining from Monaco in 2018 that he is one of the game’s finest holding midfielders.

If Phillips is out, Klopp’s other centre-back options to Fabinho are January addition Ben Davies – yet to play a single minute since joining from Preston – and academy graduate Rhys Williams. 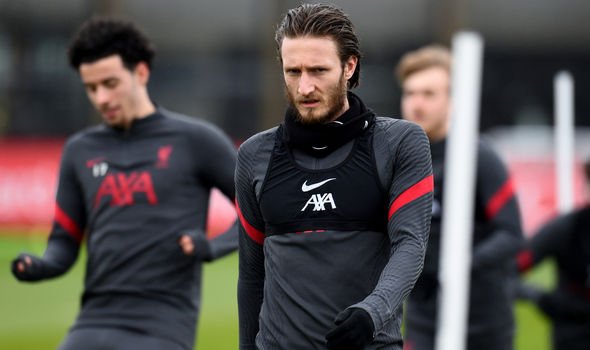 That Davies has yet to make his debut and has only been on the substitutes’ bench for four of Liverpool’s 12 Premier League matches since signing does not bode well.

It looks as though the 25-year-old could even depart Liverpool in the summer window without having ever made a single first-team appearance, though they will make a profit on the £1.6million paid to sign him regardless.

Meanwhile Williams endured plenty of criticism earlier in the season, having been culpable for Marcus Rashford’s goal when he played alongside Fabinho in central defence in the 3-2 FA Cup fourth round loss to United in January.

Just weeks earlier the towering Williams also lost teenage attacker Louie Barry for the Aston Villa equaliser as an under-23s Villans line-up held their own against a strong Liverpool outfit in the Midlands before going down 4-1.

The 20-year-old evidently needs a season-long loan’s worth of regular EFL football next season, having played for non-league Kidderminster Harriers last term. 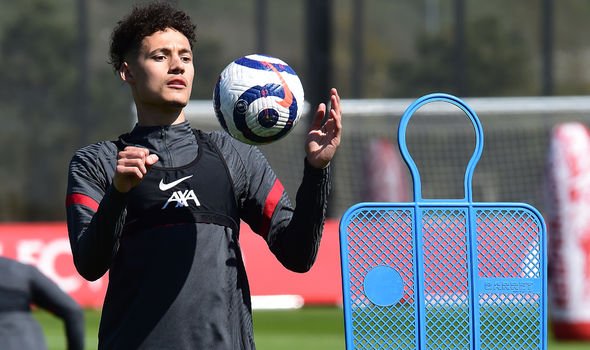 And he has only made one start in the league since December, which came in the 1-0 home defeat to Fulham, which suggests Klopp would also be reluctant to pick him.

But Williams also hasn’t played with Fabinho offering extra protection in front of him, and it has been proven that the Liverpool system benefits as a whole when the South American is at No 6. His presence there was vital in the wins over Wolves and Leipzig in particular.

It would not be an easy pick to select Davies or Williams alongside Kabak and it would carry plenty of risk given they could be tasked with defending all of Edinson Cavani, Bruno Fernandes, Marcus Rashford and Mason Greenwood.

Yet given Liverpool’s weakness defensively has reappeared since Fabinho has had to drop back into the last line – given the holes it leaves in front of him rather than the player being insufficient himself in central defence – it’s a hazardous call that Klopp must make.