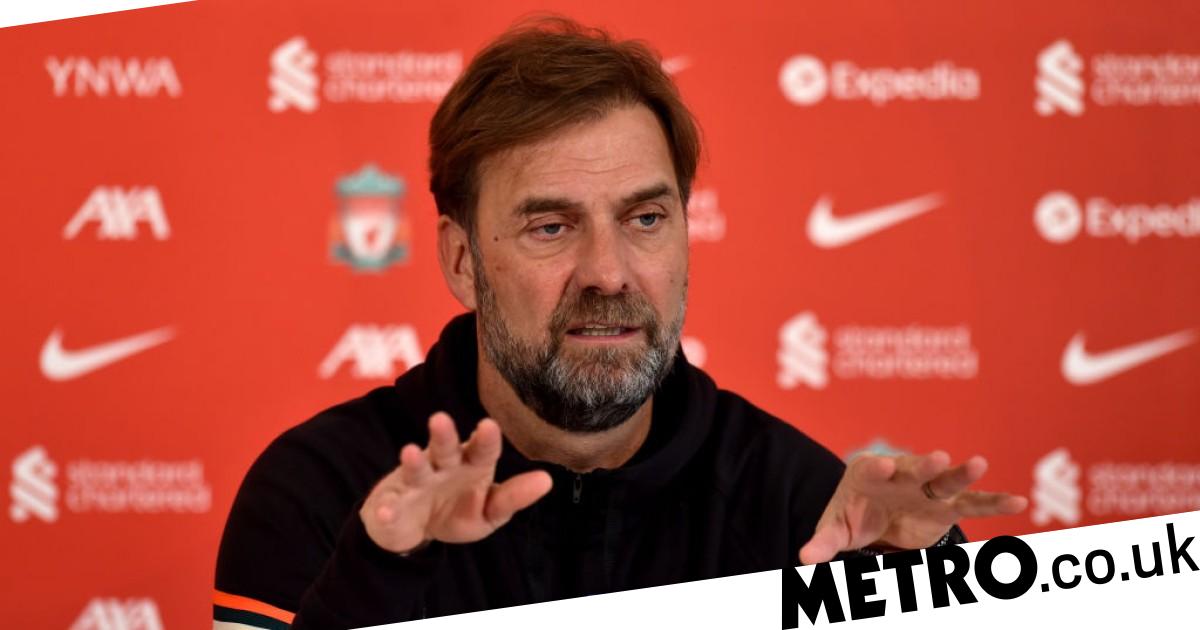 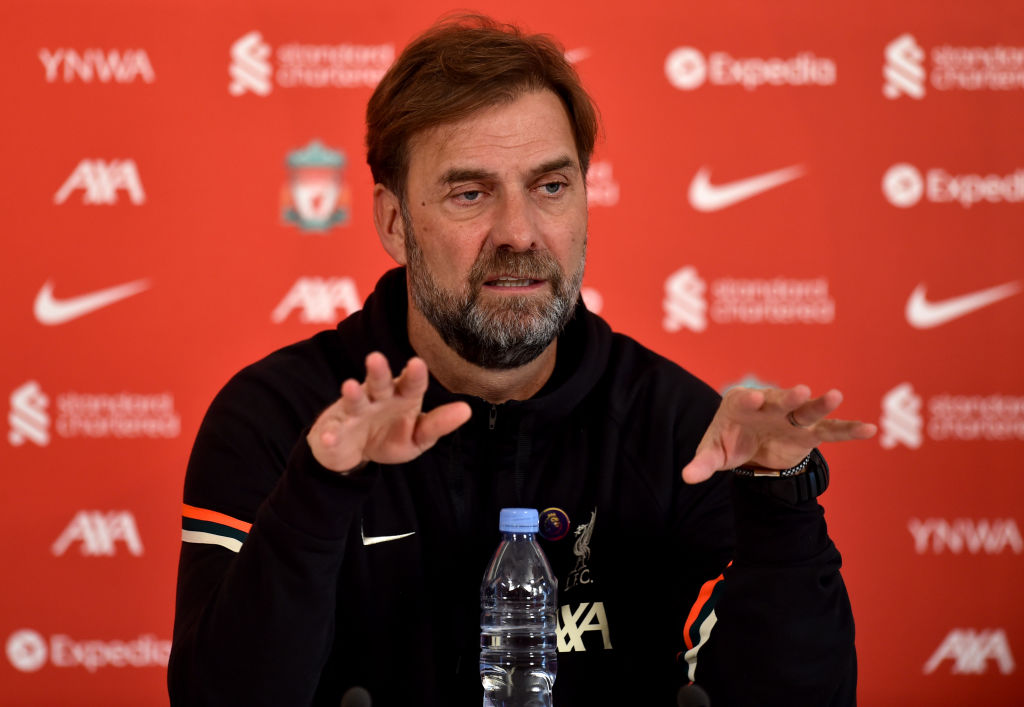 The Brazilian star hobbled off during Liverpool’s Premier League victory at Aston Villa on Tuesday night, with Klopp later saying he had suffered a muscular injury.

Klopp has now confirmed Liverpool will be without Fabinho for Saturday’s FA Cup final as the club look to secure their second trophy of the season and keep their hopes of a remarkable quadruple alive.

Issuing an update on Fabinho on Thursday, Klopp told Liverpool’s official website: ‘There’s a good chance that he will be back whenever – not for the weekend but whenever.’

Fabinho has been a mainstay in Liverpool’s team since his £39m move from Monaco in 2018, helping the Reds win the Premier League, Champions League, Super Cup and EFL Cup.

The 28-year-old has made 47 appearances for Liverpool this season, with Klopp’s side challenging for another domestic league title and reaching another Champions League final.

Earlier in the season, Liverpool beat Chelsea on penalties in the EFL Cup final as Blues goalkeeper Kepa Arrizabalaga missed the decisive spot-kick at Wembley.

It is the first time the same teams have met in both the EFL Cup and FA Cup final in the same season since Arsenal and Sheffield Wednesday in 1993.

Chelsea’s win at Elland Road came at a cost, however, with midfielder Mateo Kovacic suffering an injury in a challenge from Daniel James that led to the Leeds man being sent off.

Blues boss Thomas Tuchel now expects Kovacic to miss the FA Cup final, telling reporters after the Leeds clash: ‘We need to wait for the examination but it is very unlikely and that is absolutely bad news for us of course.’

Chelsea’s Ruben Loftus-Cheek, meanwhile, admits his teammates want to ‘get Liverpool back’ when they meet at Wembley this weekend.

‘We want to get them back, simple as that,’ the England international said. ‘I felt it was a fantastic game last time in the ELF Cup final.