‘There was a line crossed!’: Benfica star Julian Weigl hits out at club’s fans who attacked team bus with rocks after embarrassing 0-0 draw with minnows Tondela as he posts picture with team-mate Andrija Zivkovic who has a bandage on his EYE after incident

Benfica stars Julian Weigl and Andrija Zivkovic have assured supporters they are ‘ok’ but were ‘really lucky’ not to sustain further injuries after their team bus was attacked.

The players were taken to hospital after the vehicle was stoned by angry fans with individuals frustrated due to Benfica missing the chance to move clear of title rivals Porto at the top of the table.

Benfica promptly slammed the actions of those responsible – and Weigl has also lashed out at the fans involved in the unsavoury incident. 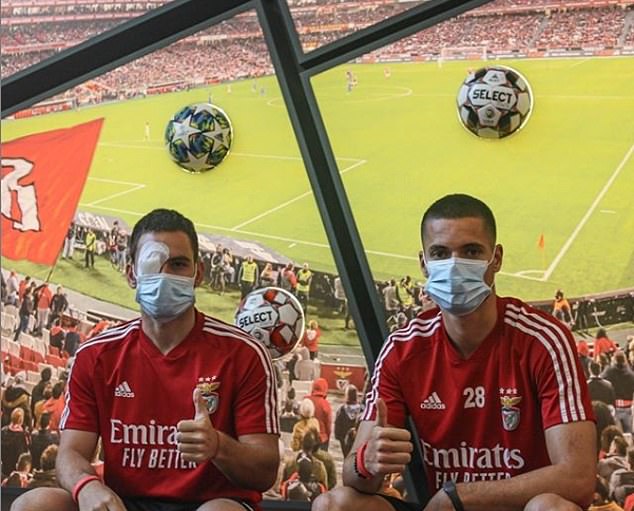 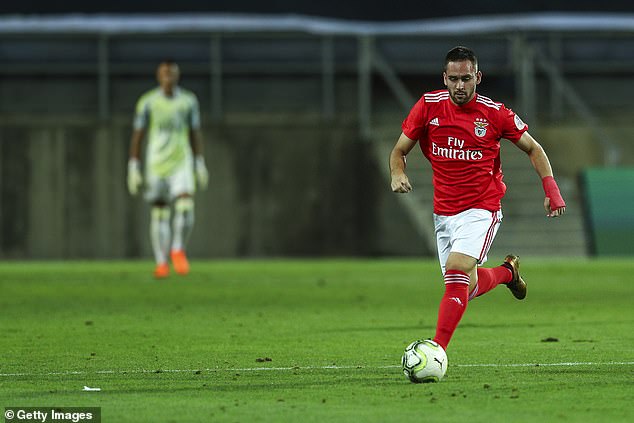 The Portuguese giants were held to a 0-0 draw with Tondela, and some supporters gathered outside Estadio de Luz to urge their team on despite the clash taking place behind closed doors.

The attack took place on a major motorway between the stadium and training ground, with both Weigl and Zivkovic requiring medical attention.

Weigl wrote on Instagram: ‘I just want to let you know that I’m ok. We were really lucky! We are all doing mistakes but there was a line crossed! 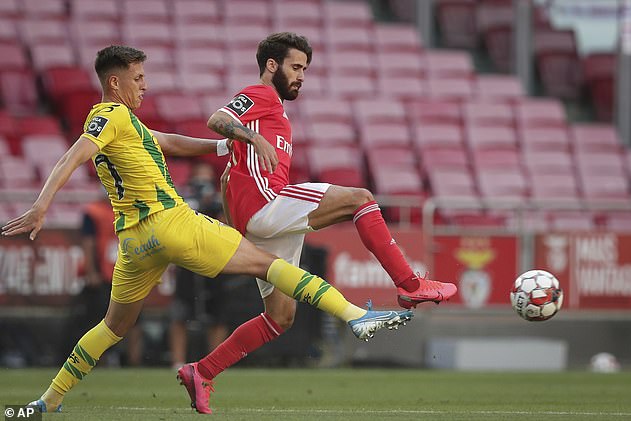 ‘Throwing rocks on a bus without caring if someone gets hurt? I know that’s not how the real Benfica fans are! Especially these past weeks and days should have shown us that it’s always the better solution to stand together instead of literally throwing rocks at each other!

‘Thank you for your kind messages! I appreciate everyone reaching out.’

Reports indicated that the players were hit in the face by shards of glass from the bus’ windscreen – and Zivkovic can be seen with a bandage over his right eye in Weigl’s post.

The squad were apparently under escort from local police after leaving the stadium, and the attackers have not yet been identified. 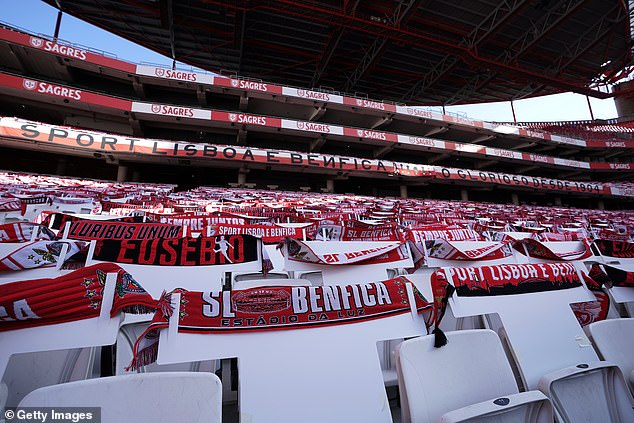 Both stars were treated at the club’s training centre and then taken to Hospital da Luz as a precaution.

‘Benfica denounce and lament the criminal stoning the bus of its players was victim to,’ a Benfica club statement read.

‘We guarantee total collaboration with authorities to whom we appeal for the greatest effort to be made in identifying the delinquents responsible for these criminal acts.’