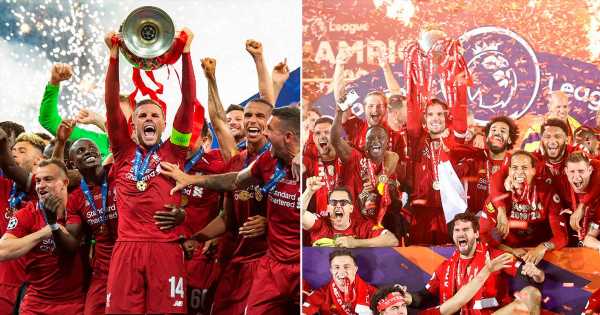 Liverpool's "juggernauts" have been backed to win both the Champions League and the Premier League, despite Manchester City being in pole position for the title.

Jurgen Klopp's side had their hopes of a historic quadruple rise and fall last week as they reached the final of Europe's top club competition but dropped points on the domestic front in a 1-1 draw with Tottenham. That left them three adrift of top spot after City beat Newcastle 5-0 with three games to go.

But Jonathan Woodgate believes they will overcome the deficit because of Pep Guardiola's injury woes. Speaking to BritishGambler.co.uk, the former England defender said: "I wouldn’t say Liverpool messed up as I was at the game and Tottenham were exceptional, and it was a tough game.

"I wouldn’t say Liverpool messed up but at this point of the season, we always expect Man City and Liverpool to get three points, and we think they’ve thrown the title away. They haven’t, because I think City will drop points towards the end of the season somewhere.

"I was at the Real Madrid game and City didn’t do a lot wrong, it was just a freak 5 minutes of injury time, it was just crazy. The only thing that disappointed me was that the only opportunity they had after going behind was Foden with the header.

Who do you think will win both trophies? Let us know in the comments section below

"City have got over the psychological blow of Madrid, but I still think they will drop points somewhere before the end of the season. I could say one today, and the other tomorrow.

"I’m gonna go with Liverpool, just because of the injuries City have at the back, to Kyle Walker and Laporte. I think that’s going to be huge."

Once the Prem season is over and the FA Cup final is out of the way, the Reds will be able to focus on the swansong of the season against Real, who they will have "too much" for, says Woodgate.

He added: "Liverpool will win. They’ve got too much. They’re too aggressive, they’re too quick, they close down too quick. They’re animals these Liverpool players. They’re a juggernaut of a team.

"They have so much ability in the team and so much pace, power and intensity to their game. I think Real will struggle with it.

"I watched Real against City, Chelsea, PSG, and yes they beat them all but needed a bit of luck. In a one-off game against Liverpool – not at the Bernabeu – I think Liverpool will have too much and will win."