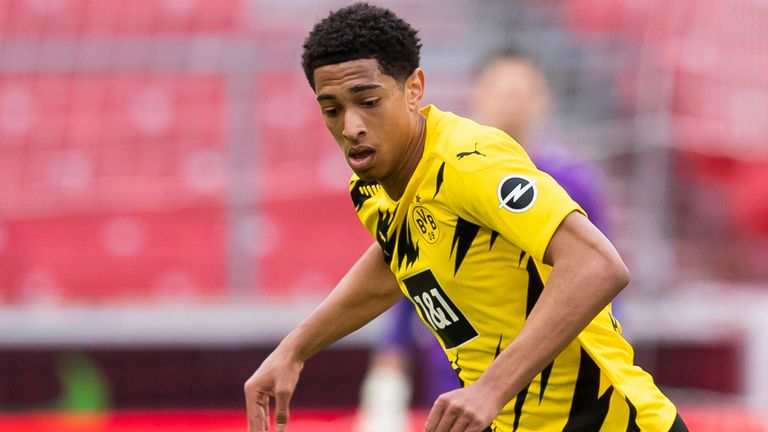 Jude Bellingham has been voted the Bundesliga’s best newcomer by the league’s players following an impressive first season at Borussia Dortmund.

The German Players’ Association – equivalent to the UK’s PFA – chose Bellingham as the clear winner of the ‘Silver Arrow’ award ahead of Bayern Munich’s Jamal Musiala and Florian Wirth of Bayer Leverkusen.

Bellingham made his senior England debut in a 3-0 win over the Republic of Ireland last year and has been selected in Gareth Southgate’s 26-man squad for the European Championships. He was one of the standout performers in the Three Lions’ triumph over Austria in Middlesbrough on Wednesday.

The teenager, rated as one of the most exciting young talents in Europe, joined Dortmund from Birmingham City last summer for an initial fee of £25m, and in doing so he became the most expensive 17-year-old in history. 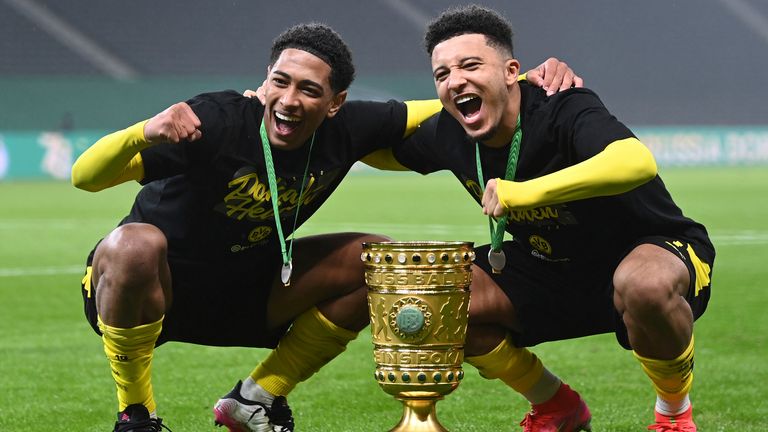 Bellingham graduated through the Blues’ academy and became the club’s youngest ever first-team player when he turned out at the age of 16 years and 38 days. He played 44 times for his boyhood club before moving to Germany.

In his first season in German football, he helped Dortmund to the DFB-Pokal and to the quarter-finals of the Champions League. Edin Terzic’s side also finished third in the league after an upturn in form at the end of the campaign to qualify for next season’s Champions League.

On matchday one in the competition this season, at 17 years and 113 days old, the midfielder became the youngest English player ever to start a Champions League game, overtaking Phil Foden (17 years and 192 days). 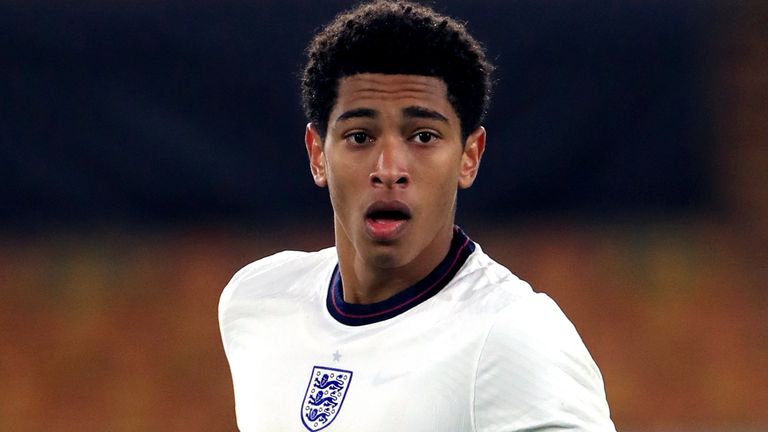 In Dortmund’s round-of-16 first leg, Bellingham also became the youngest ever English player to start a game in the knockout stages at 17 years and 233 days old.

Bellingham earned plaudits for an impressive display in Dortmund’s first-leg against Manchester City at the Etihad Stadium in the last eight clash in April and he scored the opener in the reverse fixture at the Westfalenstadion.

The England international made 46 appearances for the North-Rhine Westphalia club in 2020/21, registering four assists and scoring four times in all competitions.

Meanwhile, Bayern forward Robert Lewandowski, who scored a sensational 41 goals in 29 Bundesliga appearances this season, earned the ‘Silver Shoe’ award for the league’s player of the season, with the Poland international collecting 75.9 per cent of the votes cast by his playing colleagues across the division.

The 32-year-old broke Gerd Muller’s 49-year-old Bundesliga goal-scoring record for a season with his incredible haul.

Gareth Southgate said after England’s 1-0 win over Austria that he had hoped to give Jordan Henderson a run out but the Liverpool captain had felt some discomfort earlier in the day and the decision was taken not to risk him. Whether Henderson can now be match fit to start against Croatia a week on Sunday is surely in doubt. He hasn’t played since February 20, after all.

Fortunately – and remarkably – for England, their youngest player is looking capable of stepping in to cover for one of their eldest.

Seventeen-year-old Borussia Dortmund midfielder Jude Bellingham looked at home on the international stage throughout his first start for his country. Southgate said beforehand that he wasn’t being brought along just for the journey but had seriously impressed his coaching staff. And you could see why.

Playing alongside Declan Rice in central midfield, Bellingham was cool and composed in the middle of the park, able to break up Austria attacks and start England’s – just as he did for the goal.

He could even have got himself on the scoresheet but saw his first-half flick home from Lingard’s shot ruled out for a foul in the build-up. “You can’t help but marvel at a performance of a boy that age,” said Southgate.

It seems extraordinary England may end up using a 17-year-old to replace a player of Henderson’s standing against Croatia. But then Bellingham is no ordinary 17-year-old.