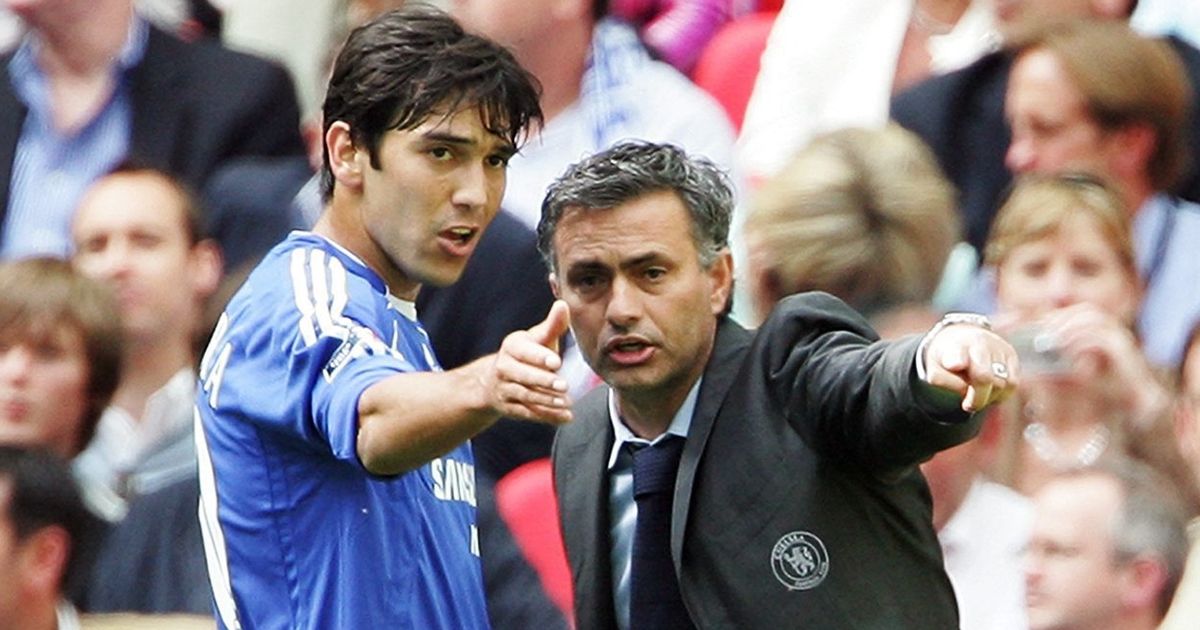 On June 2nd 2004, Jose Mourinho arrived in England with a bang.

His maiden press conference in the Premier League saw him aim digs at Claudio Ranieri, his rivals and saw the birth of the 'Special One'.

Mourinho's Chelsea appointment was the worst-kept secret of 2004, with Porto's Champions League triumph clouded by the news they would lose their beloved manager days after.

The season before the Portuguese boss arrived at Stamford Bridge, Blues owner Roman Abramovich had backed Ranieri with £100m in the transfer market.

But Mourinho was also allowed to bring in seven new faces that summer – but where are they now?

Paulo Ferreira followed Mourinho from Porto to Chelsea in 2004 after the Champions League celebrations.

The right-back featured 42 times in his debut season in west London, helping his side to their first top flight title in 50 years.

Ferreira enjoyed a nine-year stint with the club, playing a huge part in their dominance in the noughties.

After retiring in 2013, Ferreira continued to work for Chelsea as an ambassador and assistant loan player technical coach.

What a signing Petr Cech turned out to be.

The Czech goalkeeper was signed for just £7m before making 494 appearances in a Chelsea shirt.

After 11 years with the club and countless trophies, Cech departed for north London rivals Arsenal.

But upon calling time on his playing career, the shot stopper was back at Chelsea to take on the role of performance advisor.

Arjen Robben managed two Premier League titles during his Chelsea stint that was hampered by injury.

The Dutchman became a household name due to his time at Real Madrid and Bayern Munich but still enjoyed a fair crack in England.

Robben retired in 2019 before making a u-turn to join boyhood club Groningen in Holland, playing five times for the club last season.

As Jimmy Floyd-Hasselbaink left Chelsea, Mateja Kezman arrived to take his No 9 shirt at the club.

But as with many other strikers to wear that number for the Blues in recent years, it didn't go down too well.

Kezman only managed seven goals in 40 appearances for the club but has since admitted his time at the club was the greatest experience of his career.

That was the climax of my career, for sure. Living and playing in London was something that I will never forget. I don't know if I made a mistake because I moved away so quickly," he said in 2011.

Kezman retired in 2012 and became a successful sports agent. Whatever happened to this guy?

Didier Drogba was the striker Mourinho begged Abramovich to sign in 2004.

These days Drogba still follows Chelsea and does a lot of charity work around the world.

The midfielder was a regular in the side during his first-season, missing only four games in the league.

Tiago had his first head coaching experience in July 2020, with Vitoria de Guimaraes.

He resigned on in October after managing just four points from three league games.

Another successful summer signing at Stamford, as Mourinho again signed another Porto star to join the band.

Considered one of the best players at Euro 2004, the central defender signed a three-year deal.

Carvalho followed Mourinho to Real Madrid in 2010 after struggling to maintain his early form in a Chelsea shirt.

Retirement beckoned in 2017 before a stint as Marseille's assistant until earlier this year.