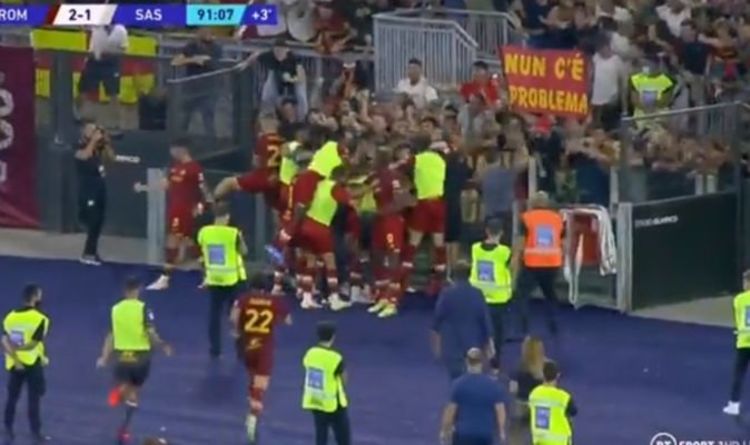 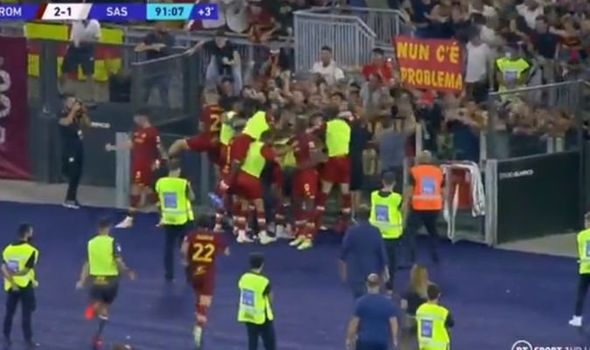 Jose Mourinho sprinted down the touchline and dived into the crowd alongside the majority of his Roma players after his side scored a stoppage-time winner at home to Sassuolo in Serie A.

Mourinho has made a perfect start to life as Roma boss having won all four of his first matches in charge of the club.

The clash with Sassuolo came on the night of Mourinho’s 1,000th game in management.

And the celebrations looked set to be dampened when Filip Duricic cancelled out Bryan Cristante’s opening goal as the visitors looked set for a share of the spoiled.

But then El Shaarawy popped up with a dramatic winner to spark wild scenes in the Stadio Olimpico.

The attacker sprinted behind the goal to celebrate with the jubilant supporters and Mourinho could not contain his excitement either, sprinting down the touchline to join in.

The 58-year-old jumped on Tammy Abraham as he caught up with the melee of players and was then thrust towards the fans.

Mourinho almost suffered heartbreak at the death as Sassuolo had a 96th-minute effort ruled out for offside.

But the former Manchester United and Chelsea boss was able to have his fears put to rest.

“I told everyone lies! I had been saying to the team for days that this 1000th game was not important to me… but I had an incredible fear of losing,” Mourinho said post-match.

“Luckily we won and I was running like a child today because I was feeling 12 years old, not 58.”

For the latest news and breaking news visit: /sport/football