‘I have never heard Stamford Bridge so quiet in all my time in England’: Jose Mourinho slams Chelsea atmosphere after reminding fans of his three Premier League titles

Manchester United manager Jose Mourinho has taken another swing at his former club Chelsea and the Stamford Bridge atmosphere.

In his programme notes ahead of Tuesday night’s Champions League clash with Juventus, Mourinho wrote: ‘I have never heard Stamford Bridge so quiet in all my time in England.’

Mourinho was abused by a section of home fans after Ross Barkley’s late equaliser had earned them a point against Untied on Saturday. 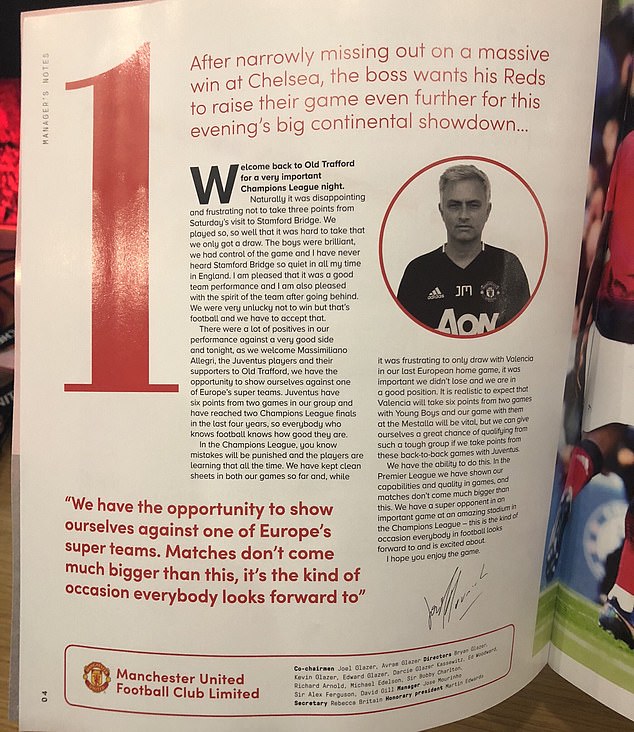 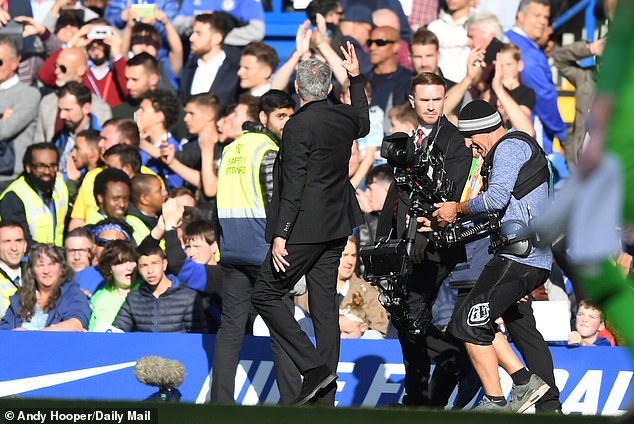 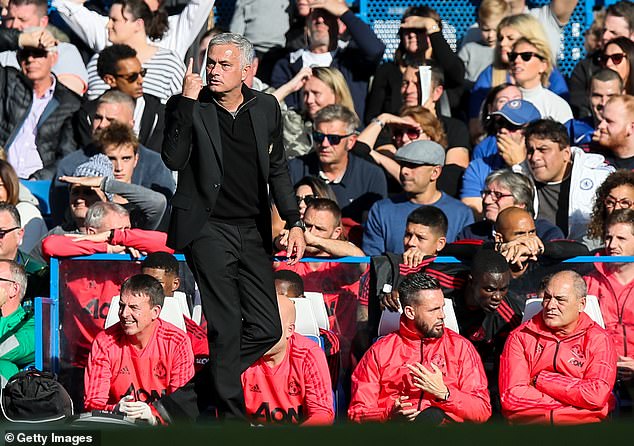 And he made a point of signalling the No 3 with his fingers, to highlight the three Premier League titles he won there in two spells as manager.

Mourinho courter considerable controversy in a dramatic finish to a thrilling match, which finished 2-2.

He reacted furiously when an assistant to Maurizio Sarri celebrated the stoppage time equaliser in front of the United bench.

Mourinho had to be restrained as he tried to chase after Marco Ianni.

Though he did not reference the incident in his programme notes, he admitted the final result was ‘disappointing’ after Anthony Martial’s brace had turned the game around follow Antonio Rudiger’s first half header. 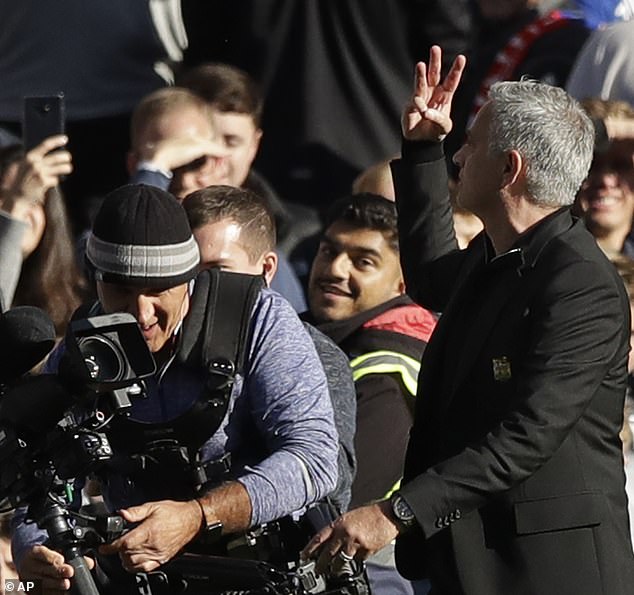 ‘Naturally it was disappointing and frustrating not to take three points from Saturday’s visit to Stamford Bridge,’ Mourinho wrote.

‘We played so, so well that it was hard to take that we only got a draw. The boys were brilliant, we had control of the game.

‘I am pleased that it was a good team performance and I am also pleased with the spirit of the team after going behind. We were very unlucky not to win but that’s football and we have to accept that.’

The former Chelsea boss was critical of the atmosphere at Stamford Bridge throughout his time in charge there, once calling it an ’empty stadium’.

In November 2014 he admitted the lack of passion was ‘frustrating’ and making things ‘difficult’ for the players. 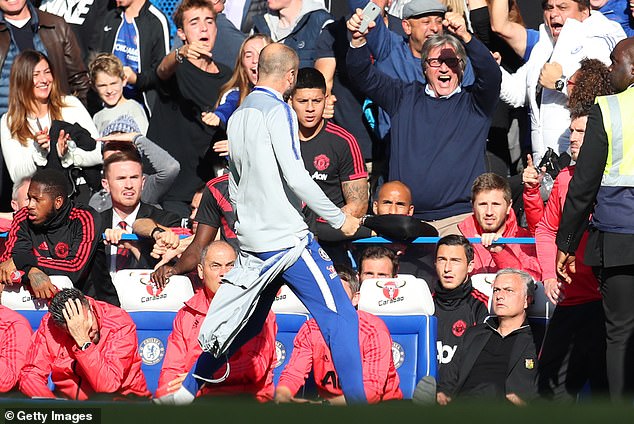 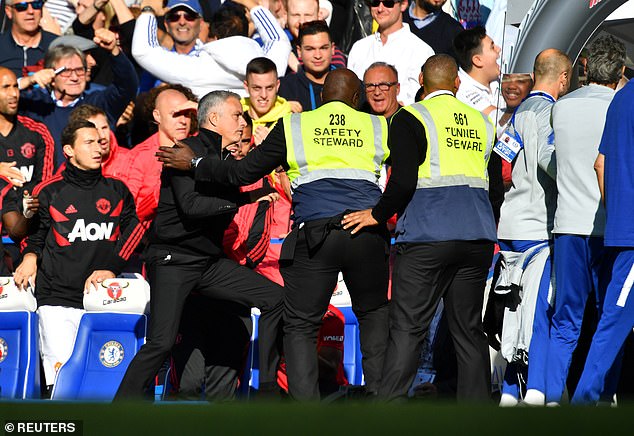 ‘Everyone knows how much I feel connected to this club and the fans,’ he told talkSPORT.

‘At this moment it’s difficult for us to play at home though, because playing here is like playing in an empty stadium.

‘The team then starts playing like it’s a quiet, soft game at home. It’s difficult to get that strong start where the players, team and fans at Stamford Bridge [are all together].

‘I was today looking around and it was empty, but not in terms of people because it was obviously full. That’s what is frustrating.’