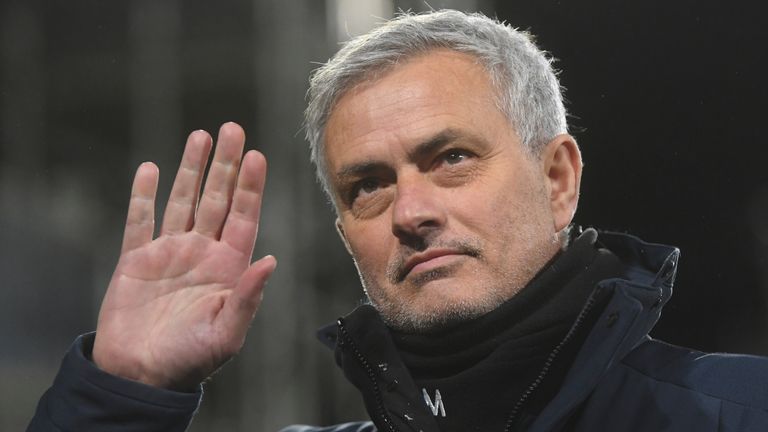 Jose Mourinho has been sacked by Tottenham after just 17 months in charge but what is next for the club?

A return to the Spurs style?

One of the main priorities for Spurs as they seek to put Mourinho’s tenure behind them and embark on a new era will be to revert to a more attacking style of football in line with the club’s traditions.

Mourinho’s appointment always felt jarring in that sense. He arrived at the Tottenham Hotspur Stadium as one of the world’s most decorated managers. The hope was that he would build on the progress made under Mauricio Pochettino by winning silverware.

But his pragmatic, defence-first approach was not a logical fit for a club that has always prided itself on its attacking identity and the cautious, at times negative, approach became increasingly difficult for fans to stomach as results worsened.

“What Jose has done in this period is make them a really tough watch,” said Sky Sports pundit Jamie Redknapp after their recent 3-1 defeat to Manchester United.

“If Spurs fans were in here, I don’t think they would enjoy that one bit. Too often I watch this Spurs side and there’s no real flair, there’s no excitement.”

The next manager will be tasked with bringing that flair and excitement back.

Spurs scored fewer goals last season than in any of the previous four campaigns and they are on course to register a similarly low total in the current campaign.

Their numbers for shots on goal and possession are also way down under Mourinho and the challenge for the next man in the dugout is to reverse those trends.

Results are of course the priority, but Spurs supporters will find it easier to tolerate occasional setbacks if there is at least evidence of greater attacking intent on the pitch.

Is a rebuild required?

Whoever takes over at the Tottenham Hotspur Stadium is likely to face a rebuilding process.

Harry Kane’s future is in doubt after it emerged he is expected to tell the club he wants to leave if they fail to qualify for the Champions League this season.

While the arrival of a potential European Super League may offer another route into elite European competition, it may still prove difficult to convince Kane his future is best served at Spurs.

Tottenham may therefore find themselves needing to replace their record goalscorer and while their squad is not as bad as Mourinho occasionally implied during the final months of his tenure, it is certainly in need of improvement elsewhere too.

This season, their starting line-up has an average age of 27.5 years old, meaning only West Ham, Burnley and Crystal Palace are older among Premier League sides.

Mourinho talked up the potential of academy players such as Dane Scarlett, but the 17-year-old is the only teenager to have played a single minute for the club this season in the Premier League.

Spurs have in fact given fewer minutes to players under the age of 23 than any other Premier League side. It is a far cry from Pochettino’s tenure and it is fair to say they have sorely missed the energy and exuberance previously provided by young players.

Spurs must bring the average age of their squad down in order to get that back – whether it is through recruitment or through better use of their academy – and there could be plenty of spaces to fill.

Gareth Bale is due to return to Real Madrid at the end of the season, while there is a decision to be made on whether to make Carlos Vinicius’ loan from Benfica permanent.

Decisions are also required on Hugo Lloris, Erik Lamela and Serge Aurier, all of whom are about to enter the final years of their contracts, while Heung-Min Son only has two years left on the long-term deal he signed in 2018.

Who will get the job? Julian Nagelsmann is the bookmakers’ favourite and it is easy to understand why Tottenham might be interested.

The 33-year-old has built a reputation as one of the most exciting young managers in Europe thanks to his work in Germany.

Spurs were given a first-hand demonstration of just how effective his teams can be when his youthful RB Leipzig side dismantled them in last season’s Champions League.

The Bundesliga team beat Mourinho’s side 1-0 at the Tottenham Hotspur Stadium in the first leg of their last-16 tie, then eased to a 3-0 win back in Germany to seal a 4-0 aggregate victory.

Spurs were unable to handle RB Leipzig’s aggressive pressing and direct attacking and Nagelsmann is known for successfully implementing a similar philosophy in his previous job with Hoffenheim.

Many of the other names being linked with the job are already based in the Premier League.

Brendan Rodgers is one, although his contractual situation – he is tied to Leicester until 2025 – could complicate any pursuit of him.

The former Liverpool boss has followed up his fine work at Celtic by lifting the Foxes into Champions League contention and, like Nagelsmann, his forward-thinking approach would fit with Tottenham’s attacking traditions.

Scott Parker is also said to be in contention. The former midfielder has earned plaudits for his work at Fulham despite their likely relegation this season and he is well aware of expectations at Tottenham having spent two years of his playing career there.

His Fulham side have lacked a goal threat this season, hence their lowly standing, but their possession-based playing style has impressed many and Levy may consider the 40-year-old capable of implementing something similar at Spurs.

Massimiliano Allegri is a big-name option and is available having left his previous role at Juventus back in 2019, while Eddie Howe, Rafael Benitez and Steven Gerrard have also been linked with the position.

It remains to be seen which Spurs will go and there is an air of unpredictability about Levy’s next move after his surprise appointment of Mourinho last time around.

What’s certain, however, is that the next man in the hotseat will face a major challenge to transform the club’s fortunes. Spurs need a fresh start – but they also need to reconnect with the principles and traditions that used to guide them.