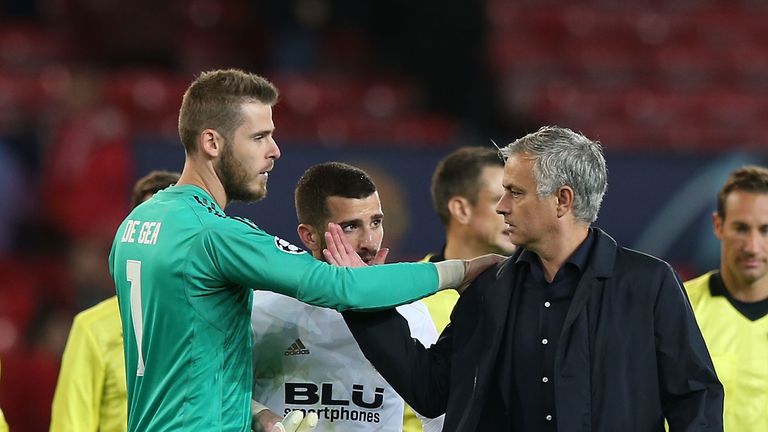 Jose Mourinho says he is “not confident” David de Gea will extend his Manchester United contract, but has urged the club to keep him.

The Spanish goalkeeper’s current deal runs out in the summer – although United do have the option to extend this by a further year – and is yet to sign a new contract.

When asked if he was confident of keeping De Gea, Mourinho was unsure on whether the goalkeeper would stay with the club, but said he is not concerned by the situation.

“I am not confident, but I’m also not worried,” he told Sky Sports. “I cannot find the word in English, but let’s see what happens.

“Only the club, David and his people can answer that. My comment is only that everyone knows how good he is, how important he is for Manchester United and if the club want to be better than it is and not worse, obviously it would be very important to keep David.”