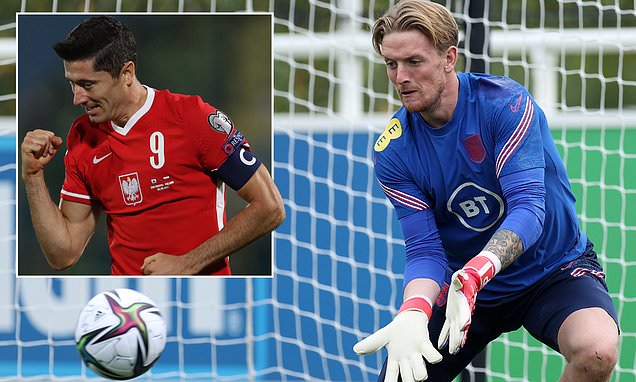 Jordan Pickford revealed that he is focused on stopping prolific Bayern striker Robert Lewandowski in front of goal ahead of England’s World Cup qualifier against Poland on Wednesday.

The Three Lions are top of Group I with a maximum of 15 points but the Poles are just five points behind, with only top spot guaranteed a place at the World Cup in Qatar next year.

The goalkeeper kept clean sheets in the Three Lions’ clashes against Hungary and Andorra earlier in the international break but the Polish striker creates a greater challenge for England’s No 1. 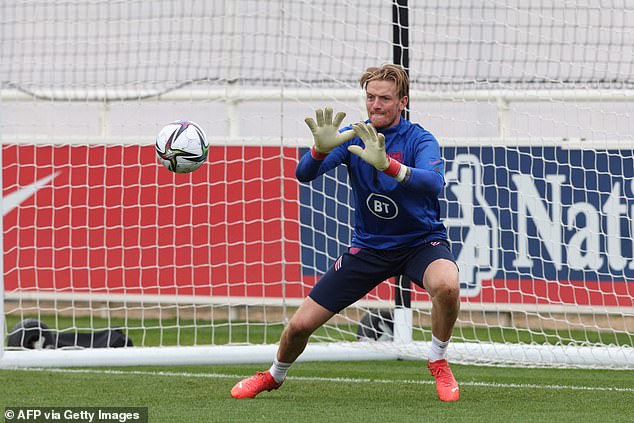 Poland were without talisman Lewandowski when the two sides met in their first qualifier in March. Gareth Southgate’s side emerged with a 2-1 win but the Polish captain is back and on firing form for Wednesday’s showdown.

‘Do all my stuff with Marge [Martyn Margeston] and the other keepers and be 100 per cent on the training pitch and lay it into the game come match day.

‘We know they’re a top side and he is a top striker so we’ll focus on certain areas in goal and be ready for anything really.’ 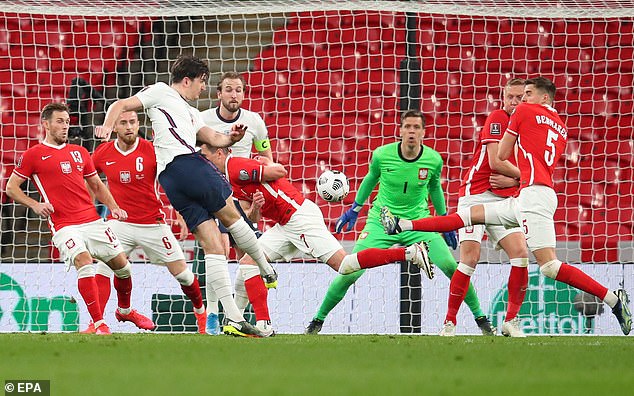 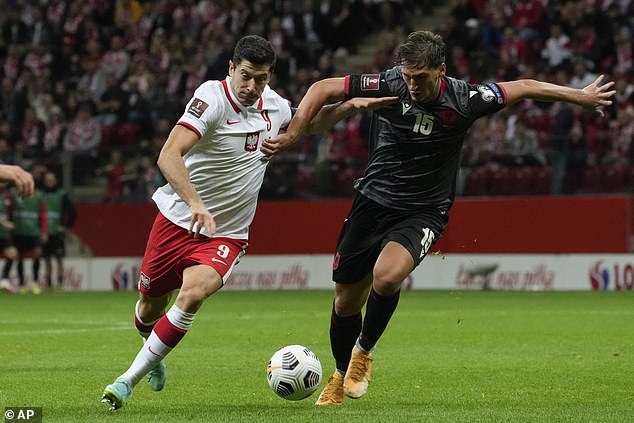 Lewandowski, 33, remains as integral to Poland’s chances of making it to the World Cup

Poland are England’s closest challengers in World Cup qualification but a win in Warsaw all but guarantees a top spot for the Three Lions. Pickford will be aiming to neutralise the threat of Lewandowski in front of goal to help Southgate’s side seal the win.

Lewandowski scored his 70th international goal in Poland’s 4-1 win against Albania on Thursday and earlier this week Poland boss Paulo Sousa didn’t hide the fact that the 33-year-old is his side’s greatest asset.

The coach admitted his team were reliant on the striker to cause an upset against England. 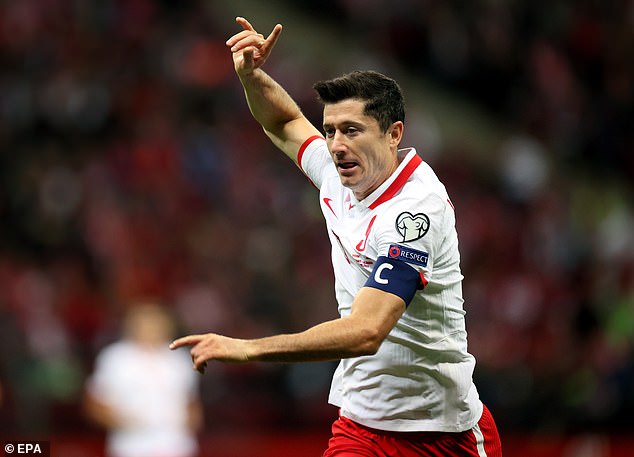 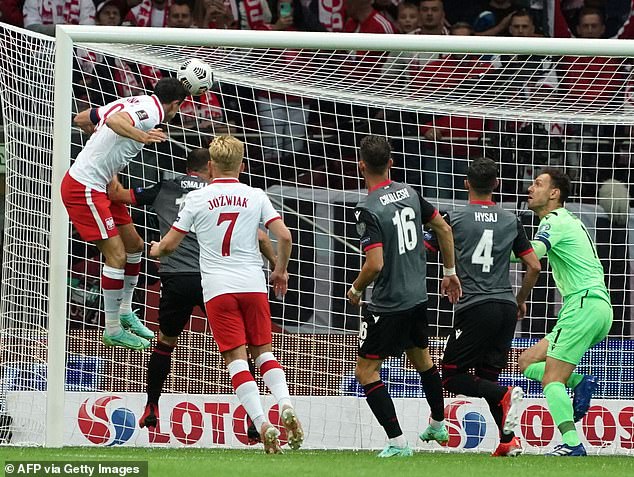 ‘We want to compete against the best but know we don’t have the same level as England. If they lose a player, they have two or three of the same level. Here it’s just Robert,’ said a candid Sousa.

‘As a manager, you talk about the team but it’s true there is a big difference between Robert’s level and the others. We approach the best way to deal with it and Robert understands because he is a great leader and loves his country.

‘He knows with the national team he needs to do four, five, six times more than he does at Bayern. Pushing all the time, scoring goals, interactions with others.

‘His header against Albania was something we worked on at the training ground the morning of the game. It was fantastic to see the teamwork. When we have the quality of Robert on the pitch, anything can happen in our favour.’