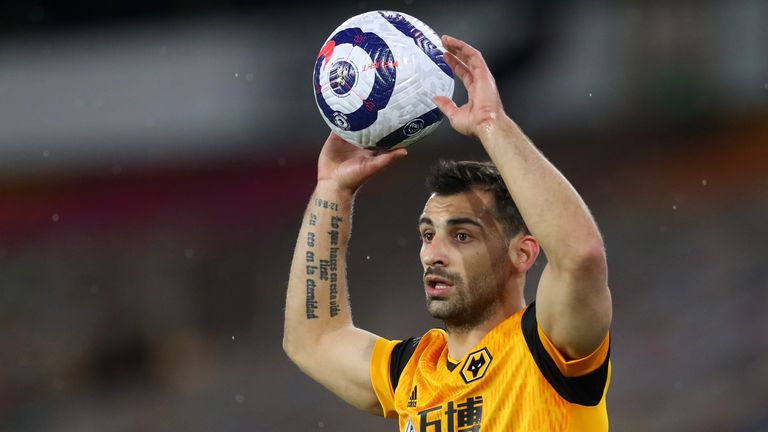 Wolves wing-back Jonny Otto is out for the rest of the season after injuring his ACL for the second time in eight months.

The injury happened in training on Sunday ahead of Wolves’ Premier League match with West Ham on Monday night.

It was to the same knee he damaged last August in a Europa League match against Olympiakos.

The 27-year-old Spain international returned from that injury in February and has played seven times in the league this season.

Wishing a speedy recovery to Jonny Otto who will begin a period of rehabilitation after injuring both his ACL and MCL.

We're with with you every step of the way, @JonnyOtto19.

He has been capped three times for the national side but the injury will mean he will be unavailable for the 2020 UEFA European Football Championship this summer.

The Wolves’ website said: “Jonny has suffered a reinjury to his right knee in training on Sunday. He will need surgery to the MCL and again to the ACL.

“He will see a specialist in London this week.”