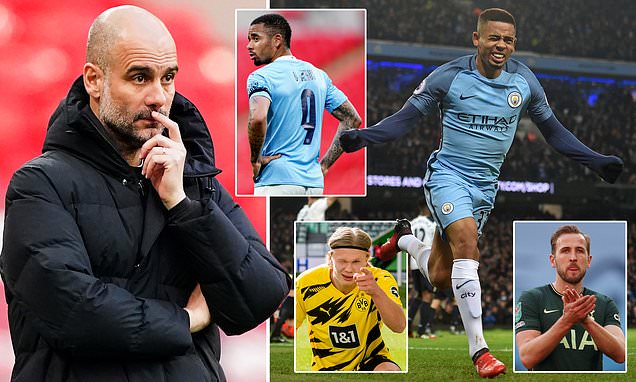 For whatever reason, Gabriel Jesus has just never quite fulfilled his early promise.

The Brazilian had the world at his feet when he first joined Manchester City as a 19-year-old hotshot in 2017 and was tipped to go on to become one of this generation’s greatest strikers.

But it would seem that he has fumbled his chance. These days the goals have dried up and he is mostly being left on the bench while a midfielder plays in the striker role that was once destined for him. 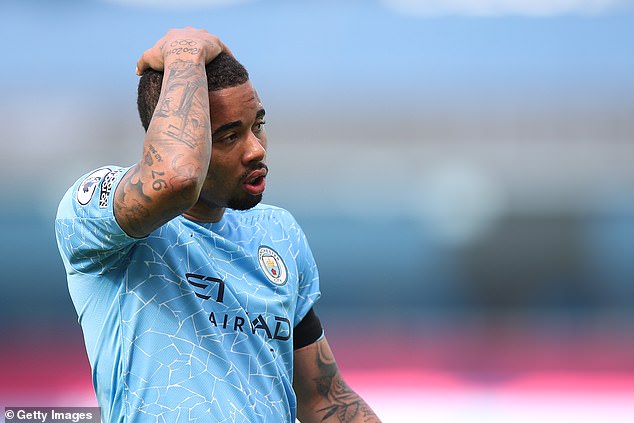 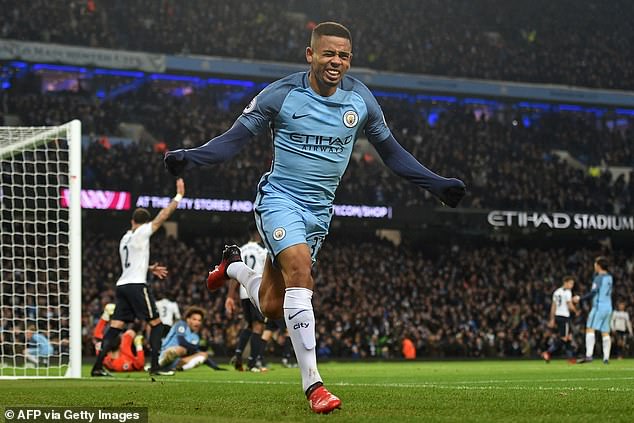 It is hard to argue Jesus’ case though when he has scored just 13 times from 35 matches – fewer goals than both Phil Foden and Ilkay Gundogan this season.

Pep Guardiola loves Jesus and sees his future at City, but clearly feels he cannot rely on him to deliver in the big games after leaving him on the bench for the Carabao Cup final and Champions League semi-final at Paris Saint-Germain.

Jesus has had decent returns in the past few years and enjoyed his best scoring season ever last term with 23 goals.

But he has never shown the same ruthlessness in front of goal as in his first campaign where he scored seven in 11 that suggested he could be Sergio Aguero’s successor when he eventually left. 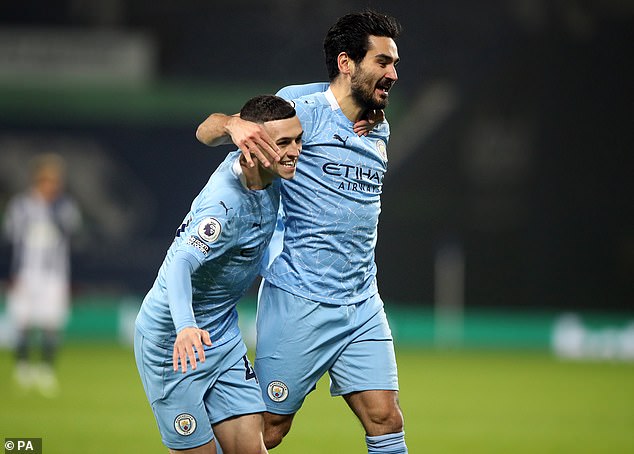 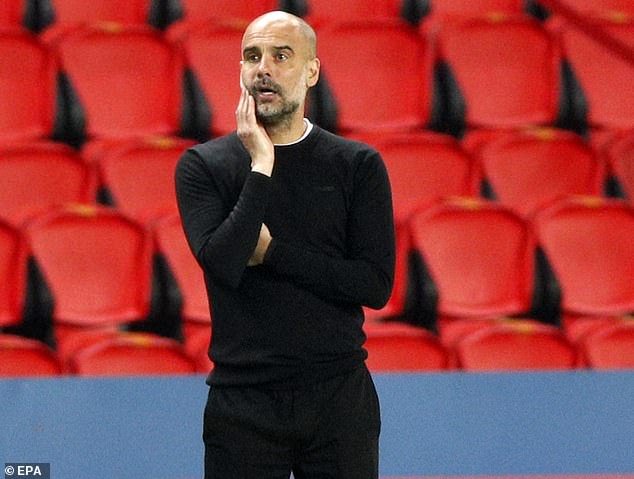 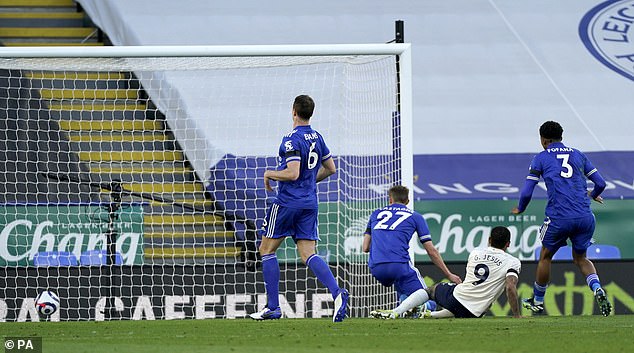 The Brazilian, pictured scoring here against Leicester in April, has 13 goals from 36 this season

Of course he would have been acquisitioned for that very purpose but now that day has come, City have been forced to make other plans.

Aguero is leaving in the summer after 10 magnificent years, and City now need to find a suitable replacement for a man who had guaranteed 30 goals a season.

City have coped without his goals this term as the Argentine has struggled to combat injuries and illness, but Guardiola is aware that Gundogan is not going to be scoring 16 goals every year while Foden, who is still only 20, cannot be expected to replicate his remarkable numbers next season either.

A striker is required and the search for one has already begun with City identifying Erling Haaland and Harry Kane as their primary objectives for the summer. It’s just as well they’ve got deep pockets because either one will cost well in excess of £100million.

Jesus will argue he can spare City that expense by filling Aguero’s shoes himself but that is a tough sell considering he’s never scored more than 14 goals in a Premier League season. 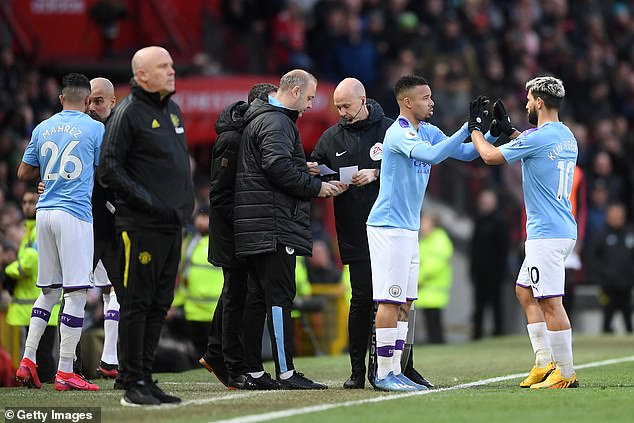 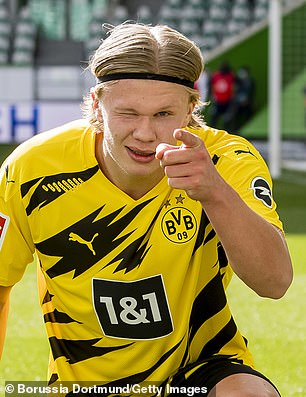 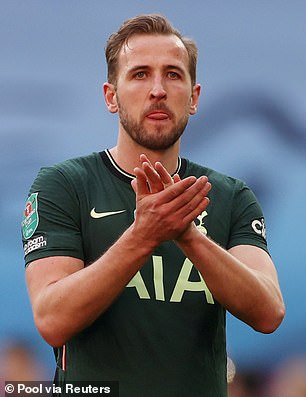 The 24-year-old certainly has the tools to be a top forward but his finishing lets him down all too often while even Guardiola has admitted that he lacks the selfish streak to be as prolific as Aguero.

‘If he had more of an ego he would have scored many more goals,’ the City boss said about Jesus back in February.

It leaves the 24-year-old in a sticky position. Promises would have been made to Jesus that the leading role would be his after five years of playing the understudy. Now he’s suddenly had the rug pulled from under his feet.

The options are either to go somewhere else or stay and fight for his place – the latter being the most likely scenario. 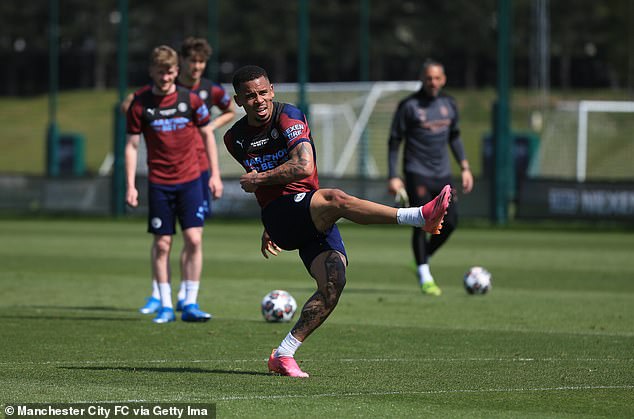 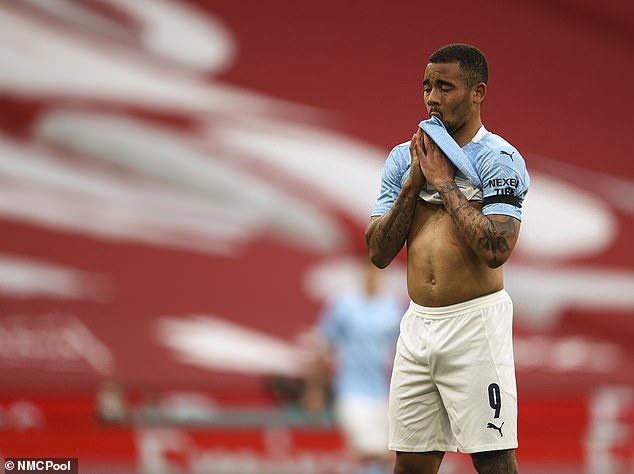 Especially while Guardiola still believes he can one day turn into a serial scorer and is prepared to persist with him.

‘I like what he is – he just needs to be more calm in front of goal and know he can do it. He is still young and will learn it,’ Guardiola said recently.

‘He will improve, he is still young and when his composure in front of the keeper arrives he will get it through the years. It is like a good wine.’

City fans will be hoping Guardiola is right.