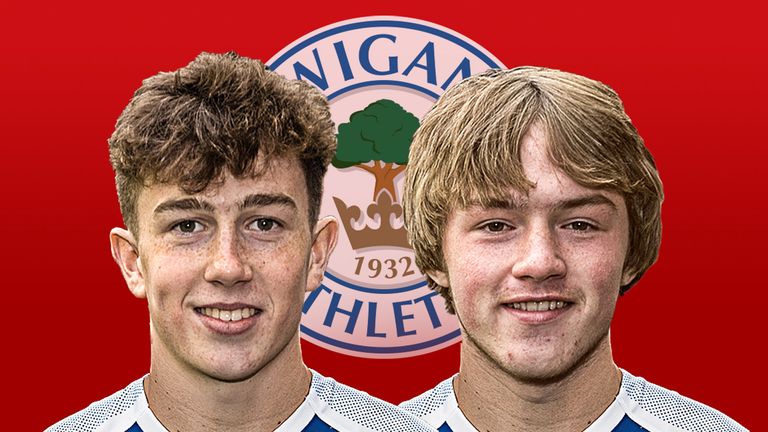 England U17 stars Jensen Weir and Joe Gelhardt both play for Wigan Athletic so what is going on their academy? Adam Bate caught up with the club’s academy manager Gregor Rioch to find out…

The England U17 team that won their mini-tournament in October was drawn from familiar talent pools. The win over Russia included three starters from Manchester City. The victory over Brazil featured a trio of Arsenal players. But the only other club to have more than one player involved in those two matches was a curious one. It was Wigan Athletic.

Jensen Weir and Joe Gelhardt weren’t just involved, they impressed. Gelhardt scored two of the goals against Russia, beating two opponents before slotting the ball into the corner for the first of them. First and foremost, their achievements reflect well on the two players. But they also hint at the work being done at what remains a category three academy.

Gregor Rioch has been the academy manager at Wigan since 2013 and attended both games. “We are all really proud of them,” he tells Sky Sports. “It is testament to the way that we teach the kids and it is a reward for the hard work that is going on. We are starting to get that recognition and the national team scouts are coming to see what we are doing.” 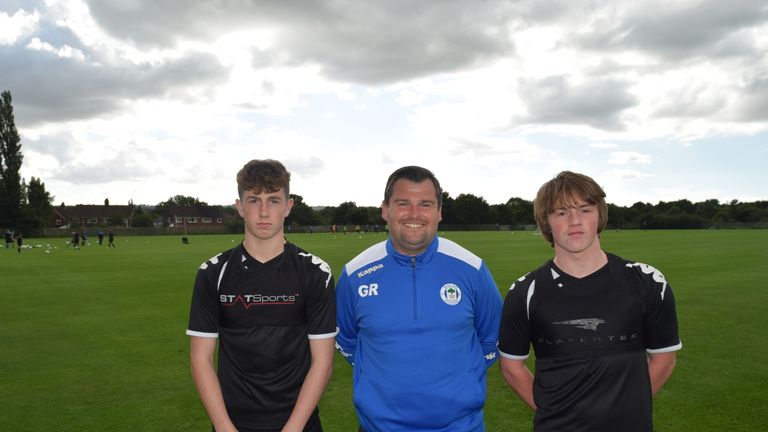 The main reason why Wigan’s academy is rated as category three is because they do not have the indoor facilities that is mandatory for higher category academies. But in terms of staffing levels and coaching hours, Rioch is keen to stress that young players are getting the attention that they need to develop and that this is the real key to their success.

“There are a lot of fantastic academies out there with nice facilities and a lot of good work being done, but our success is not based on our facilities,” he explains. “It is built around the people that are here. The support from the chairman and the chief executive has been incredible too. The time, money and belief in us to produce players has been fantastic.”

Perhaps most significantly, Wigan are providing a pathway for these players. Latics boss Paul Cook is described by Rioch as “a big advocate” and he even selected 17 academy players in his Checkatrade Trophy squad against Accrington last season. At the age of 15, Weir became the youngest player in Wigan’s history when appearing off the bench in that game. 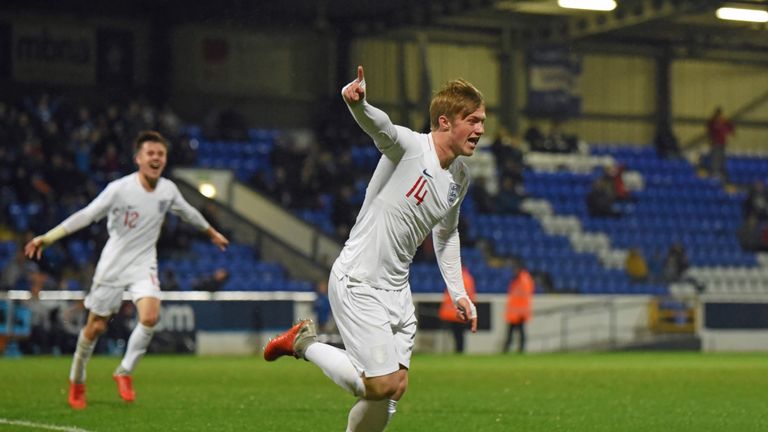 Jensen Weir is the son of David Weir, the former Everton and Rangers defender.

Both Weir and Gelhardt were also involved in the Carabao Cup game at Rotherham in August and no doubt their England team-mates will have noted their relative progress. There is a growing feeling that opportunity is everything – and that suits Wigan. “It is a huge help when recruiting players but also it’s a help for the players already here,” says Rioch.

“I think there is a big shift happening in academy football now. You look at Jadon Sancho going abroad and other players at the top academies, they feel like they are not getting through. So they are looking for the clubs that are in that echelon just below who will give them the opportunity to play. We are happy with that situation.

“If we are challenging for a player from the big clubs we have to be slightly different. Some of our players are ones who have been let go by other clubs but have come to us and flourished. Kenny Williams is our head of academy recruitment and he is outstanding at what he does. If you have that plus good coaching then it gives you a chance.”

Rioch is the son of Bruce, the former Arsenal boss, and was a player himself with Hull, although he insists that anyone who saw him in action would know why coaching is his passion. He also managed in Denmark but it is his time at Manchester City’s academy with “wise foxes” like Jim Cassell and Alex Gibson that has shaped his forthright coaching views.

“They are the best and I brought Alex in part-time to help with our coaching. The one thing we always say here is that while the coaching is important and the technical programme is important, it is also important not to over-coach them. I think kids today are being over-coached. I think you have to just keep putting them in game situations and let them grow.

“I am a massive believer in letting kids solve problems for themselves. Some coaches now are all too keen to give them the answers to show everyone that they are a good coach when actually these are good players and they will find a way if you just guide them and put them in an environment where they can develop and enjoy it.” These are good players and they will find a way if you just guide them and put them in an environment where they can develop and enjoy it.

There has been some trial and error when it comes to finding that right environment for the players. When the club was relegated to League One, the decision was made to send their youngsters out on loan rather than run a development squad programme. “We piloted it and it didn’t work,” admits Rioch. In the summer, they returned to the Central League.

“We sat down with the manager, the chairman and the chief executive and decided to come back into the Central League this year and have a good working group of development players. I think that has been important for our young players because they see somewhere for them to go and take their next step in the game as well as going out on loan.”

In a sense, Wigan are a victim of their own success. Their U18 side has won eight from eight against supposedly similar academies. The return to the Central League is a chance to test them against men instead. “It’s great to win but we have to make it competitive too,” says Rioch. “What was happening was that our defenders were only playing on the halfway line.

“So we went into the Central League to put a lot of our U18s into that programme because it is open age and that means our defenders have to defend. Now they are getting bombarded with balls into the box, they are learning how to defend, they are getting the physical challenges. It has really worked well for us and they are developing nicely.”

The signs are good right now and with the first team on an upward curve under Cook, the club should be able to give Weir and Gerhardt the platform that they need. Just as importantly for the club’s long-term future, they are being encouraged to play a brand of football that should ensure that the pipeline of talent continues to keep flowing as well.

“I have to say I am at a wonderful football club,” says Rioch. “It is a great job and it is an absolute privilege to work with these players. Five years ago, when I met Jonathan Jackson, our chief executive, he had this vision that he wanted to put more youngsters from Wigan in Wigan shirts on the football pitch. We know now that we are going to achieve that.”