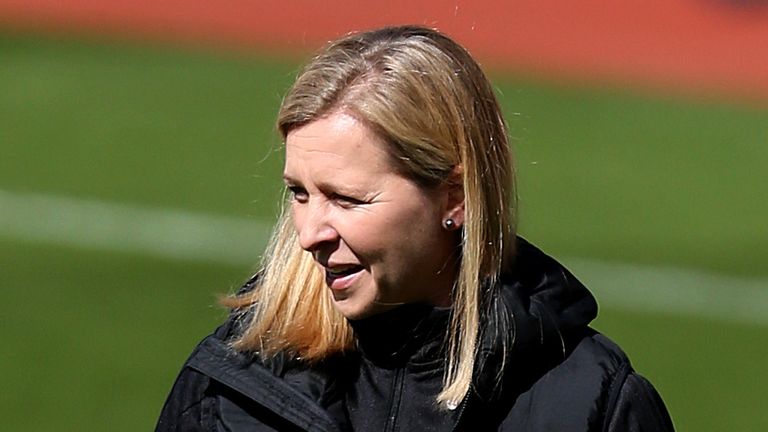 Former Wales manager Jayne Ludlow has been appointed as girls’ academy technical director at Manchester City, the club have announced.

The 42-year-old left her post with Wales, which she had held since 2014, by mutual consent in January.

She had recently been spoken about as a potential successor at Arsenal to boss Joe Montemurro, who it was announced last month will be leaving the club at the end of the season.

Ludlow said on City’s official website: “I am excited and honoured to be given the opportunity to join Manchester City Football Club as technical director of the girls’ academy.

“I look forward to ensuring that our academy prioritises personal and football development so that our next generation positively impact the game and societies of the future.

“I am also committed to helping facilitate a creative, positive learning environment where both coaches and players can thrive and one that enables them to reach the highest levels of the game.”

After a playing career that saw her win a glut of trophies with Arsenal and make 61 appearances for Wales, former midfielder Ludlow was then boss at Reading from 2013 to 2014 before taking on the job managing the national team.