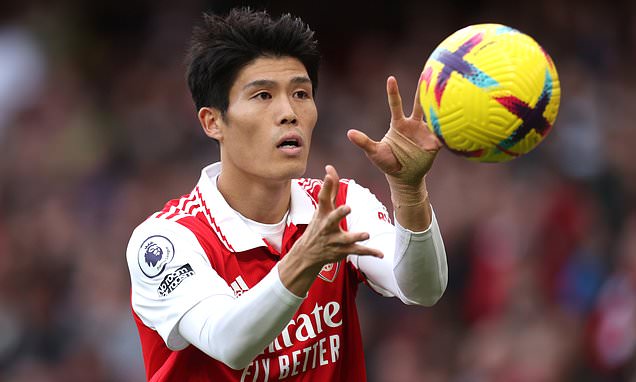 Japan have drafted in forward Shuto Machino to replace injured defender Yuta Nakayama on its World Cup roster for Qatar.

Nakayama, who plays for English club Huddersfield, injured his Achilles tendon last week and was subsequently ruled out of the tournament.

The Japan Football Associated announced the replacement to its 26-man squad on Tuesday afternoon – having released the initial squad last week. 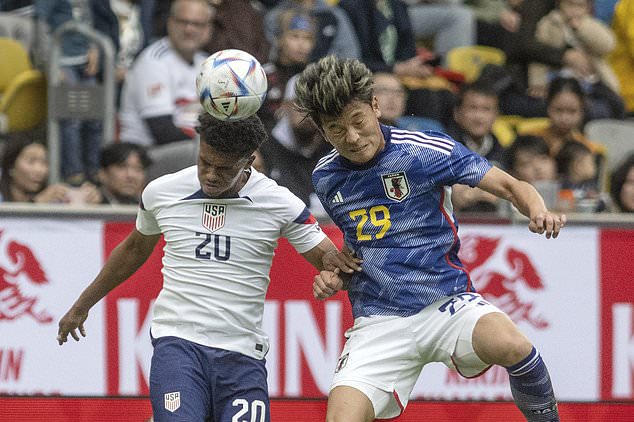 Arsenal’s Takehiro Tomiyasu has been named the Japan squad – marking the first time the 24-year-old has been selected for a World Cup.

Daichi Kamada and Takefusa Kubo will also feature at the 2022 World Cup in Qatar. They will be tasked with bringing creativity to the Japanese side.

Maya Yoshida and Hiroki Sakai will provide Japan with some experience – having been selected for their third successive World Cup. 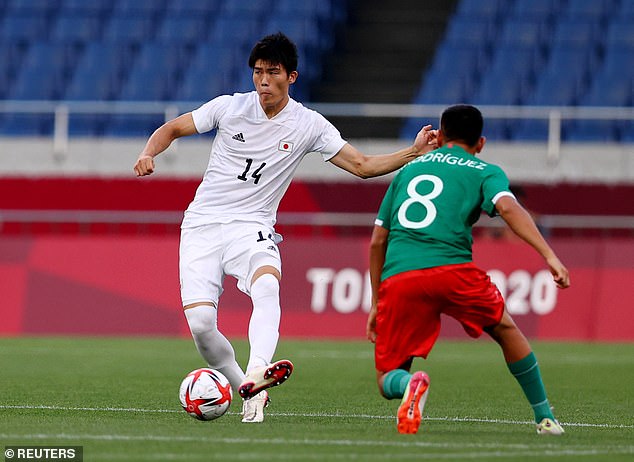 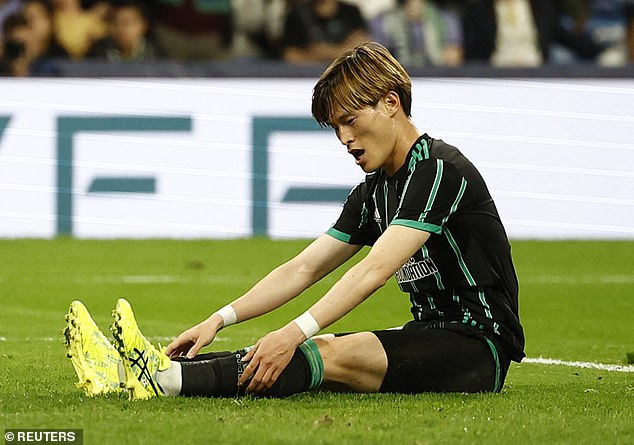 Meanwhile, Celtic pair Kyogo Furuhashi (above) and Reo Hatate will have to watch from home

Yuki Soma has also made the 26-man squad. His selection has come as a surprise to many given the Nagoya Grampus winger’s inexperience.

Japan plays in Group E and opens against Germany on Nov. 23, faces Costa Rica on November 27 and Spain on December 1. Japan will play a friendly against Canada in Dubai on November 17.

Japan will be hoping to  build upon their performance at the 2018 World Cup in Russia – having been beaten at that last-16 stage by eventual semifinalists Belgium.

Defender Yuta Nakayama was called up but will miss the World Cup after suffering an Achilles injury. Striker Shuto Machino took his place in the squad.