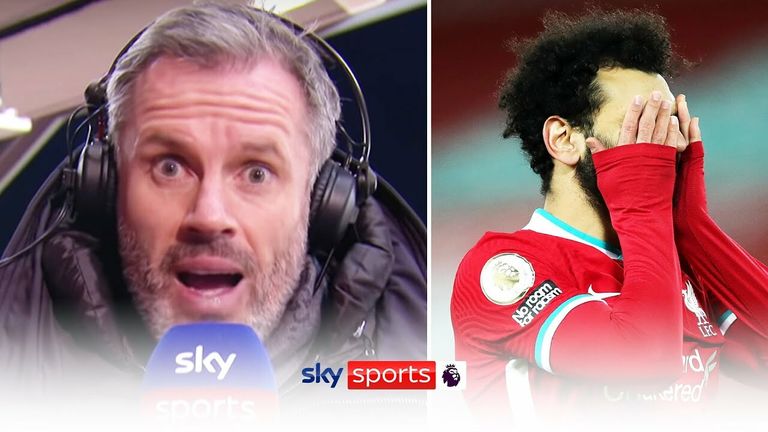 Jamie Carragher has defended his criticism of Liverpool during the Premier League champions’ astonishing slump and insisted injuries do not excuse their run of four consecutive home defeats.

Since January 1, Liverpool are 17th in the form table, with just seven points from nine games, including Sunday’s 2-0 loss to Everton at Anfield.

“I said during commentary that ‘l am sick of talking about Virgil van Dijk’. And what l mean is that we have highlighted that throughout. Liverpool can’t win the league. I said that after the last league derby game. They can’t win the league with Van Dijk being out the whole season. That’s the big picture,” Carragher told Sky Sports’ Monday Night Football.

“But the problems Liverpool have, with centre backs out and midfielders at centre back, does not mean they can’t win home games against Everton, Brighton, Burnley, West Brom. Manchester United, maybe. And Manchester City are real top quality.

“It’s not an excuse for individual games. No matter what problems you have as a Liverpool player, you can’t not win at home for six games. That is not acceptable. It’s not.”

Carragher added: “The reason I don’t want to use Virgil van Dijk as an excuse because Liverpool started the game against Everton with 10 Champions League winners.

“That is why it is not an excuse in individual games. They have to find a way to win.”

Since topping the table at Christmas, Liverpool have been held to a 1-1 draw at home to second-bottom West Brom and suffered defeats at Anfield to Burnley, Brighton and Manchester City before Everton claimed their first derby away win in over 20 years.

“I’ve played in teams not as good as this one,” continued Carragher. “But they find a way to win. We beat Everton twice with 10 men.

“So when we are talking about Jurgen Klopp doing something different, it’s not ripping everything up. Of course it is not. But l do think there could be there could be a tweaking in the system, maybe a 4-2-3-1, bringing in an extra attacking player in because Liverpool are struggling to score goals.

“Defensively, is there a case that they could they put the defence 10 yards further back? Liverpool never played this high when Jurgen Klopp first came in.

“With the high line they are playing at the moment, Ozan] Kabak is struggling, (Ben) Davies is coming in, (Nathaniel) Phillips is going to play and they need more protection.” 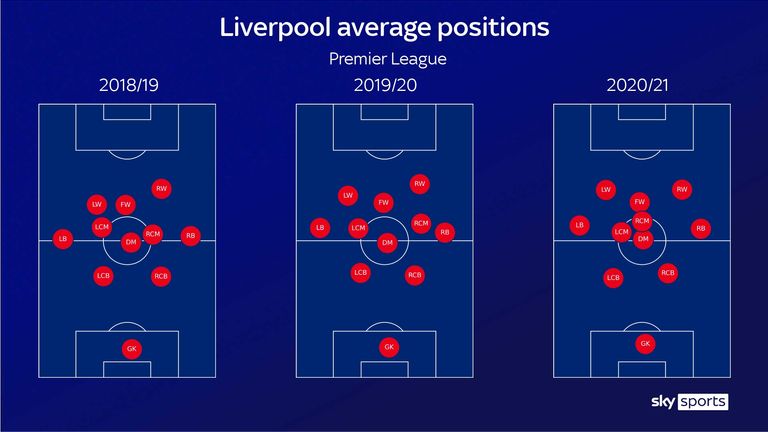 Liverpool have fallen to sixth in the Premier League table, two places outside of the automatic qualifying positions for the Champions League, and next play Sheffield United before facing Chelsea, live on Sky Sports, on Thursday March 4.