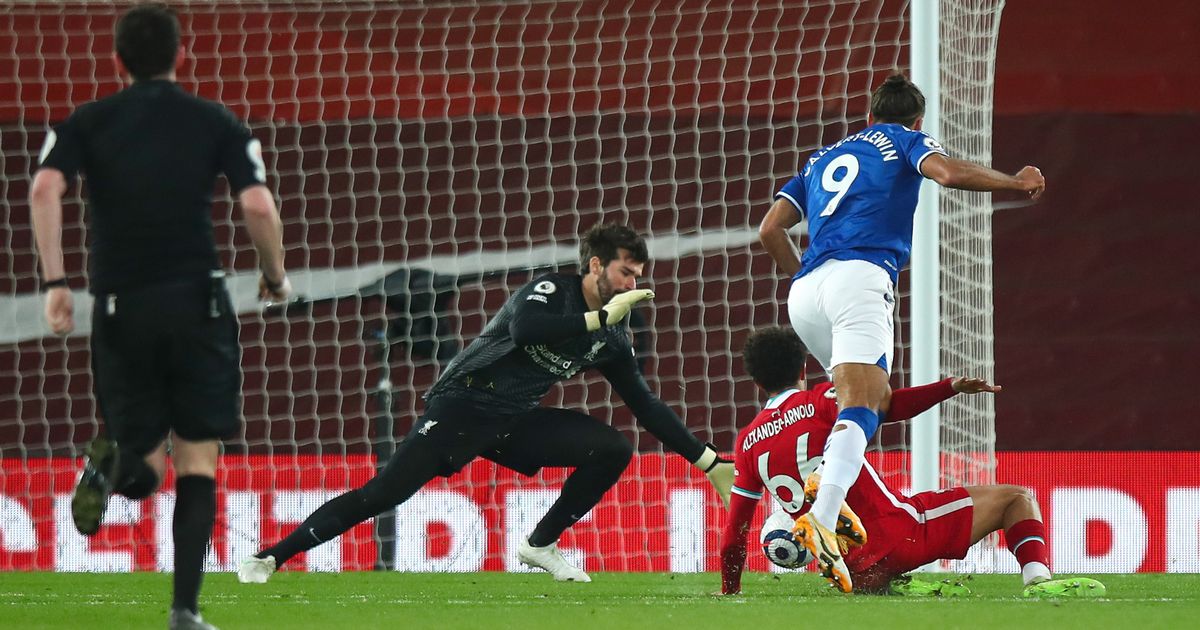 Jamie Carragher couldn't believe what he had seen as Everton were awarded a penalty late on in the Merseyside derby.

With seven minutes remaining, substitute Dominic Calvert-Lewin was accidentally brought down by Trent Alexander-Arnold by tripping over his head while the Reds full-back was on the floor after an attempted tackle.

Everton man Calvert-Lewin would have surely slammed home the ball after a save from Alisson had he not been impeded.

But Carragher felt the decision for referee Chris Kavanagh to award the penalty after a brief VAR check was the wrong decision. "The referee has given a penalty, but l am not sure what Trent is supposed to do. He has run over him," the Sky Sports pundit said.

"I think this would be very harsh."

The game finished 2-0, with Gylfi Sigurdsson scoring from the resulting penalty, adding to Richarlison's early opener.

It means Everton have won their first game at Anfield in 22 years.

For Liverpool, it now means they have lost four home matches in a row in the league for the first time since 1923.

It also means Klopp's side are surely done when it comes to trying to retain their Premier League crown, with the gap to leaders Manchester City remains at 16 points. The game had a few tetchy moments, with Klopp frustrated at times on the sideline.

And those frustrations appeared to boil over with the Reds denied a penalty following a possible handball.

Everton assistant Duncan Ferguson is said to have been stood on the touchline with a bemused look on his face, with Klopp questioning: "Why are you laughing?"

An argument between the pair ensued before Everton defender Seamus Coleman intervened, according to reporters at Anfield.