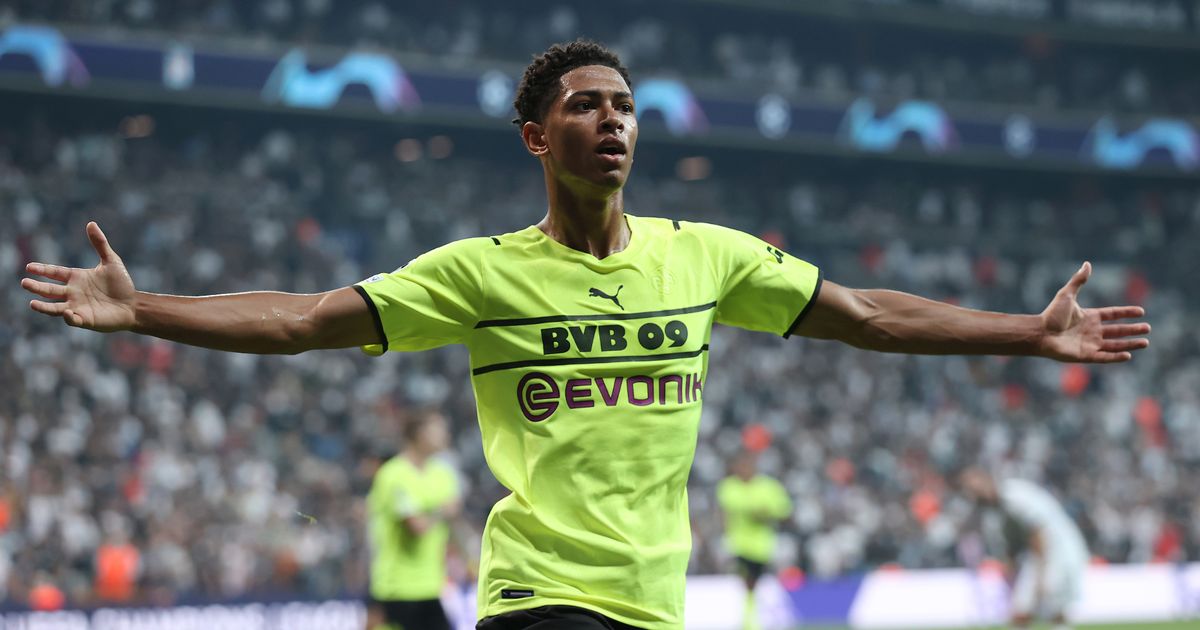 Jamie Carragher and other Liverpool fans were left in awe of Borussia Dortmund midfielder Jude Bellingham during their Champions League opener on Wednesday.

Earlier this month, Daily Star Sport exclusively reported that the Reds want the England international in an £80m deal.

Bellingham scored the opening goal on Wednesday evening before setting up Erling Haaland on the stroke of half-time as BVB won 2-1 away to Turkish side Besiktas.

Bellingham's goal meant he became the youngest player in Champions League history to score in consecutive matches at just 18 years and 78 days, breaking the record previously held by Kylian Mbappe.

He had previously scored in the second leg of last season's quarter-final tie against Manchester City back in April this year.

Bellingham opened the scoring in the 20th minute after being fed through by full-back Thomas Meunier as Dortmund dominated in Istanbul.

Then in stoppage time at the end of the first half, Bellingham set up the prolific Norwegian, Haaland, to double the visitors' advantage.

It was not just Carragher who was impressed by Bellingham's display, with Liverpool supporters licking their lips at the prospect of the teenager joining the six-time European champions.

Should Liverpool try to sign Jude Bellingham next summer? Let us know your thoughts in the comments section below.

Bellingham, who only moved to Germany last summer for £20million following a breakthrough season with Birmingham City, has been linked with the Reds in recent weeks as he continues to impress for club and country.

One fan wrote on Twitter after Bellingham's assist: "Need Jude Bellingham in this Liverpool team."

Another added: "Bellingham made for Liverpool."

A third supporter wanted the club to move for Haaland as well as they tweeted: Bellingham – Haaland. They're so good. Would love to have them both at Liverpool."

Another fan added that he "can't wait to see Bellingham in Liverpool red."

Bellingham has enjoyed an impressive start to the new season, with his goal contributions on Wednesday taking him to two goals and four assists in just seven club appearances.

He also has eight caps for England, having made his debut aged 17, and was a member of the squad that reached the final of the Euros earlier this year.

Liverpool will likely face competition for the £50million-rated midfielder, with Chelsea also interested, and with four years left on his contract Dortmund are in no rush to sell.