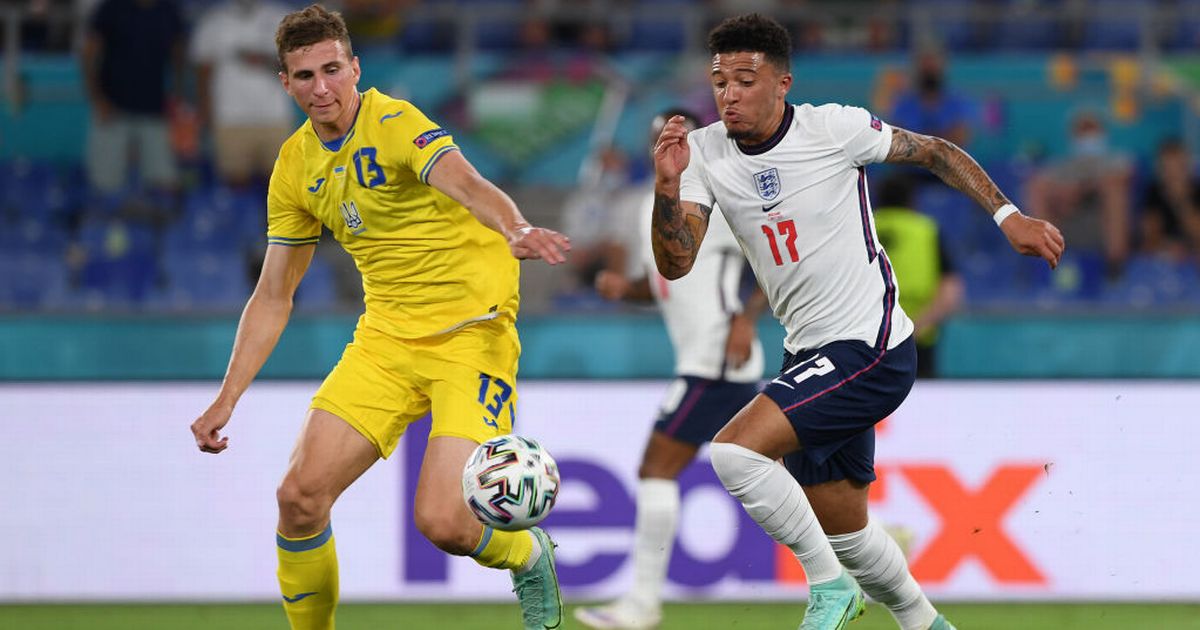 Manchester United fans were impressed by Jadon Sancho's performance in the opening stages of England's clash with Ukraine.

Sancho made his first start of the tournament for the Three Lions in the quarter-final in Rome, playing predominantly on the right.

He did drift in during the first half and made a good run before Luke Shaw's cross somehow found open space.

Sancho looked like a man with the weight lifted having finally sorted his future out.

Borussia Dortmund and Manchester United have agreed a transfer for the player, though personal terms do need to be finalised.

Another put: "25 mins of this game is enough for me to conclude that jadon sancho will win the ballon d'or for us."

While a third spotted his link with Luke Shaw, adding: "Great England move just now. Sancho drifting in from the right, taking on a few Ukraine defenders before the attack ends with a low cross from Shaw. Expect to see a lot of similar attacks at Old Trafford next season."

With another United fan perhaps getting slightly carried away: "Already convinced Sancho is the best winger in the world."

It wasn't just the fans impressed with Sancho's performance with BBC co-commentator and former Premier League star Jermaine Jenas gushing over the showing.

Jenas said: "He's got so much licence.

"It was brilliantly worked from Jadon Sancho. He's the player who's committing defenders, making things happen.

"The ball from Luke Shaw wasn't actually a bad ball, he's cut it back into a lovely bit of space that's waiting for someone to run on and hit it."