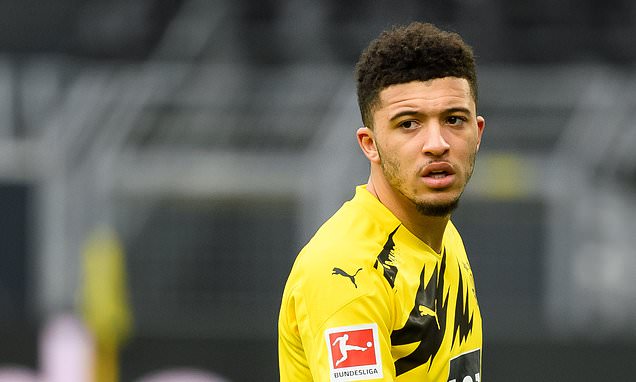 The Borussia Dortmund star has spent the last month on the sidelines due to a muscle injury and there was hope he would make his return at then Etihad.

However, it now looks as though he will not be fit in time to face his former club. 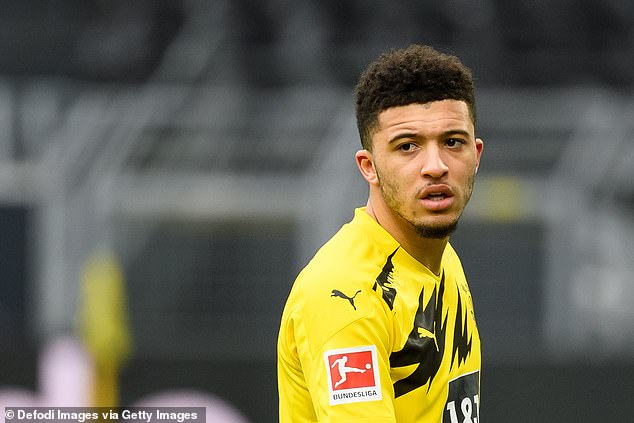 Sancho has scored six goals and provided nine assists in the Bundesliga for Dortmund, who have only won one of their last five matches.

Late last week, Dortmund’s interim manager Edin Terzic had admitted that Sancho would probably not be fit for the game.

‘With Jadon, we hope that the situation with him will change in the next seven to ten days,’ Terzic said.

Reports in Germany have indicated that Sancho returned to Germany last week after working on his rehabilitation in Dubai.

Terzic’s timescale suggests he is likely to be fit for the second leg of the tie against City. 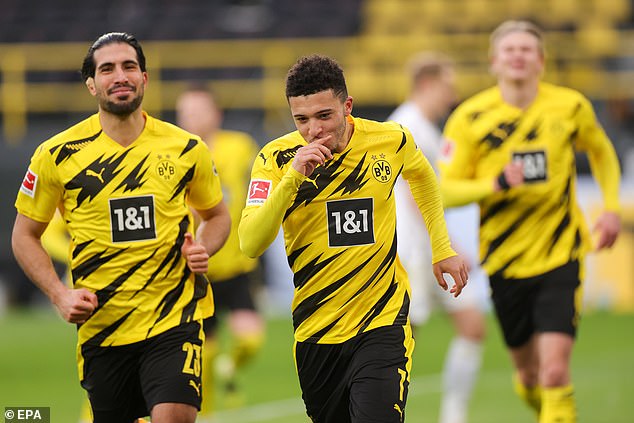