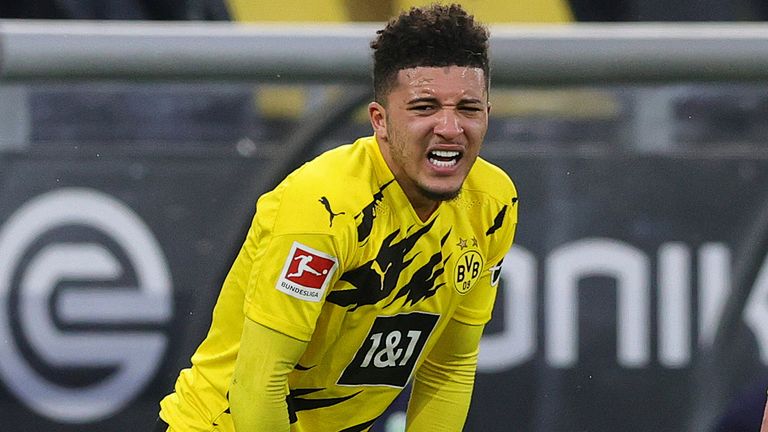 Jadon Sancho admitted he has endured a “difficult” season at Borussia Dortmund but is happy to be back among the goals again in the Bundesliga.

Sancho appeared set on a move to Manchester United in the summer, but the England forward ended up staying in Dortmund, where he has struggled to replicate last season’s form.

After scoring 17 goals and making 16 assists in the Bundesliga last season, Sancho took until January 3 to get off the mark in the league this campaign, but backed up that goal against Wolfsburg with a second in as many league games in Saturday’s 3-1 win at title rivals RB Leipzig. 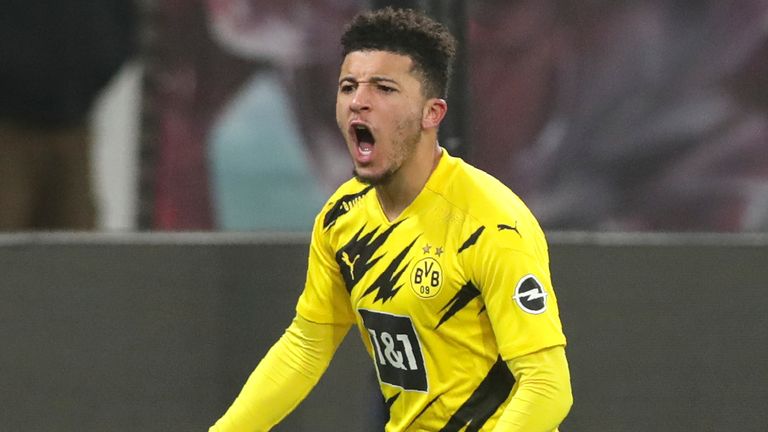 Finding his goalscoring touch again has been a relief for Sancho, and is a result of hard work on the training pitch, he insists.

“Obviously this season has been very difficult for me personally,” Sancho told bundesliga.com. “So I knew when I went away, I just focused on my game and came back raring to go.

“I’m working hard every day in training and on the pitch so I’m just happy to get my goals and assists.”

Dortmund themselves have been below par this season, with their form costing manager Lucien Favre his job in December. The win over at Leipzig, however, was Dortmund’s third in their last four games.

Jadon Sancho “lost fluency” over transfer speculation linking him with a move to Manchester United in the summer, admits Borussia Dortmund’s CEO Hans-Joachim Watzke, but feels he is getting back to his best.

England international Sancho, United’s top transfer target in the summer, scored his first Bundesliga goal of the season last week as Dortmund returned from the winter break with a 2-0 home win over Wolfsburg on January 3.

Sancho came close to a move to Old Trafford, but talks came to a halt over disagreements on personal terms and agent fees, and since the 2020/21 campaign started he has six goals and 10 assists in 20 games across all competitions.

“I think he had at least thought about it so much that he lost his fluency. But I’ve felt he’s been trying very hard for weeks. Things will pick up again very quickly. He is still one of the greatest talents there is.”