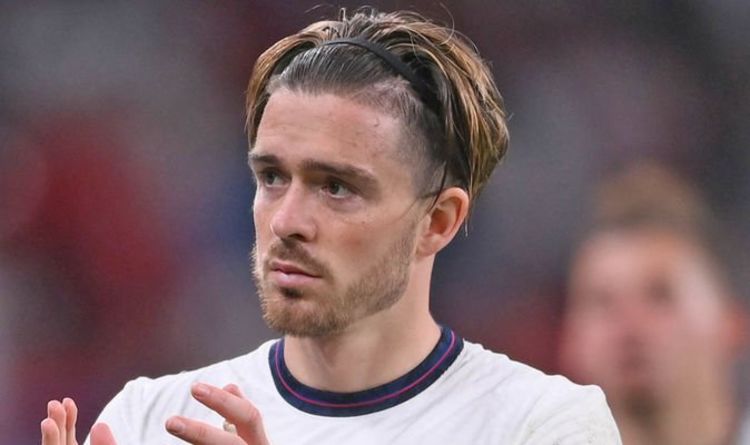 Jack Grealish is looking increasingly likely to join Manchester City this summer after they offered £100million. Aston Villa are expected to accept that bid, meaning the playmaker now has a big decision to make. So, with that the case, it’s worth reflecting on his comments to friends about a potential move to Manchester United.

And, now, a move to City seems to beckon.

Pep Guardiola’s side are ready to land the England international, believing he can help them win the Premier League title for the second year on the spin.

And while United have been previously linked, they’re not expected to rival their fierce rivals for the signing of the 25-year-old this time around.

Yet Grealish was formerly determined to move to Old Trafford, rather than the Etihad.

The Daily Mail revealed back in December that the player had told friends he expected to join the Red Devils last summer, having won Ole Gunnar Solskjaer round.

However, in the end, that didn’t happen.

United were quoted a massive £75million to sign the 25-year-old, with Grealish keeping Villa in the top flight.

And that was ultimately deemed too expensive, with the Red Devils instead settling for the signing of Van de Beek from Ajax instead.

The main reason United won’t be challenging City for the signing of the Aston Villa star comes down to the fact they’ve spent the majority of their transfer budget already this summer.

Barcelona’s strong XI with Ronaldo and two other signings

Jadon Sancho moved from Borussia Dortmund for a fee of £73m.

And the club have also struck an agreement with Real Madrid for the signing of Raphael Varane, who is eager to leave the La Liga giants behind.

The first is at right-back, with Atletico Madrid star Kieran Trippier seen as the perfect player to galvanise Aaron Wan-Bissaka amid concerns over the latter’s defensive traits.

And the second is in midfield amid interest in Saul Niguez, Ruben Neves, Declan Rice and Eduardo Camavinga.

Meanwhile, former Arsenal star Ray Parlour thinks Grealish should stay at Villa – insisting it would be the right thing to do for his career.

He said: “I really hope he can stay. It would be so great if Grealish came out and said, ‘No – I’m staying at Villa, this is my club’.

“Hopefully the owners say, ‘Let’s build a team around Jack, let’s get one or two players in and really have a go’.

“They could be a huge club, they are a big club anyway, but they could try and break into that top six or even top four.”

And former City star Trevor Sinclair thinks Grealish won’t be in a hurry to leave Villa behind.

The talkSPORT pundit added: “Villa are going forward and they’re ambitious, I don’t think Jack will be desperate to leave.

“He loves the club, he’s shown that loyalty, so I think City will have to pay top money for him because Jack won’t put in a transfer request, he’s not going to ruffle any feathers.

“I think £100m is a bit steep, but if you knock on someone’s door, ask to buy their house and it’s not for sale – you’ll have to pay a premium!

“That’s the case with Grealish. He’s happy at the club and he’s loved by the fans.”