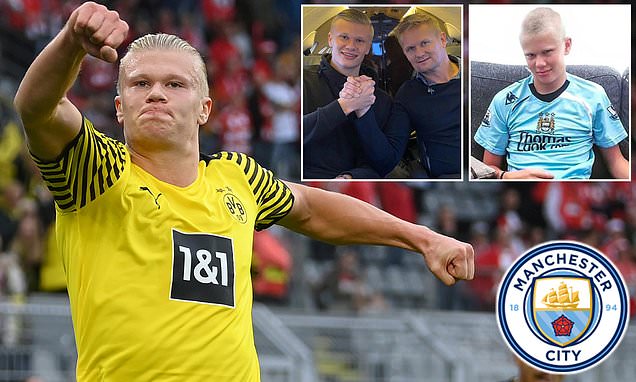 Maybe there was an inevitability about Erling Haaland and Manchester City. After all, there are still employees working at the club who held the Norwegian in their arms when he was a baby.

The son of their player, Alfie. The son who grew into the most frightening young striker in world football. Safe to say that the staff will not be picking him up when he arrives at the Etihad Stadium.

Haaland was born in England, a month after his father signed for City almost 22 years ago. 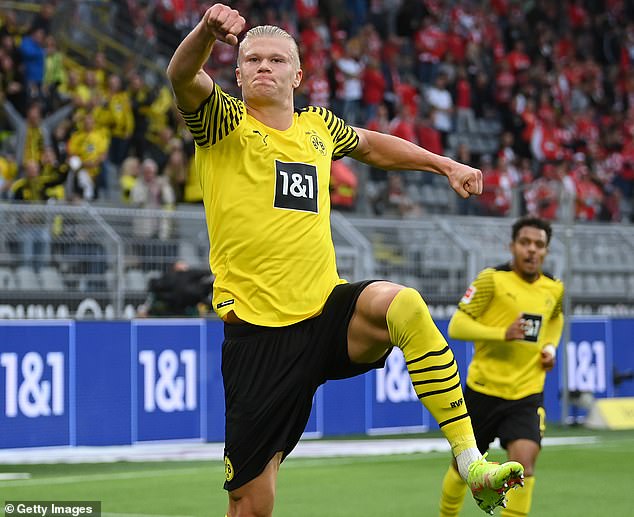 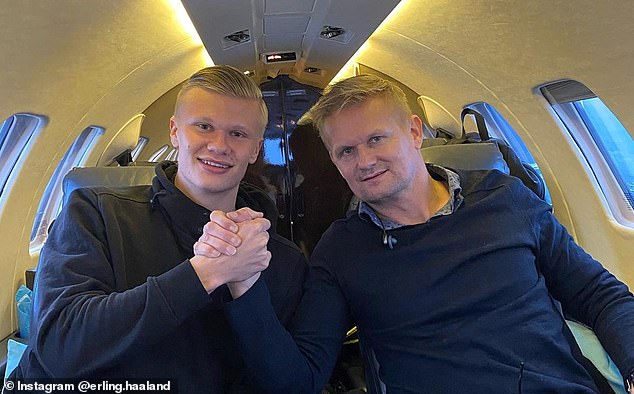 City’s relationship with his dad Alf-Inge (right), a former Sky Blues player, is thought to be key

Growing up, he has been pictured in a City shirt and attended games — including Champions League nights and cup finals at Wembley.

They always talk glowingly about the Haalands around City.

There has been caution around their interest in a player who has scored more goals, 85, than he has made starts, 78, over the course of two and a half years at Borussia Dortmund.

City knew there was rivalry from Real Madrid and, at one stage earlier this year, the fear was that Haaland preferred Spain.

It has been a straight race between the two clubs who served up those monumental two European semi-final legs.

Unlike last week, City have triumphed. Not even Real can lodge a last-minute comeback from here.

Haaland wondered about La Liga and whether, at this stage of his career, it may suit him better — a feeling that the Premier League, more demanding on a weekly basis, could wait. 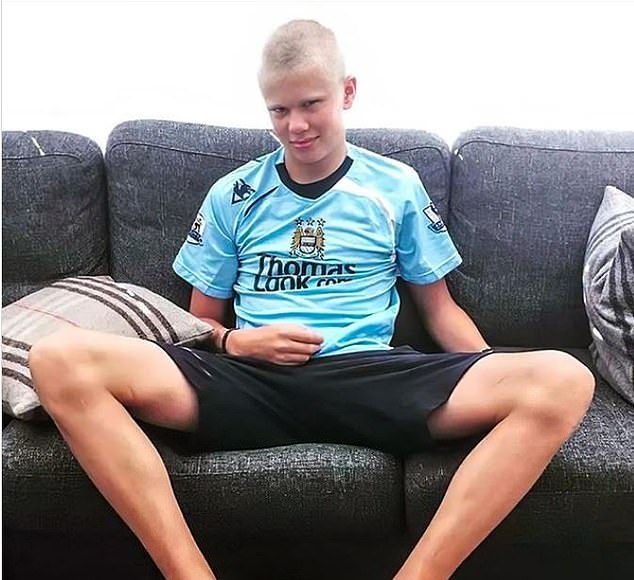 Haaland was born in Leeds, has been pictured in a City shirt and went to several of their games 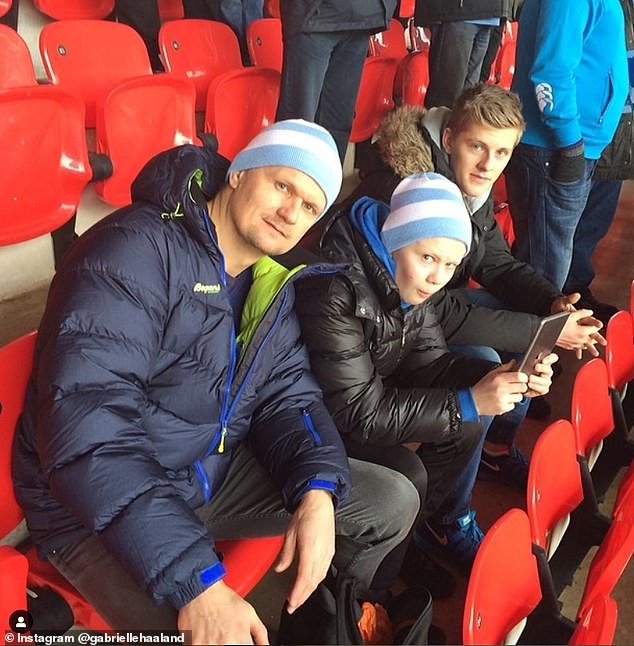 Ultimately, the evergreen excellence of Karim Benzema was a factor in his decision to shun Real. At City, he will be the main man. The Bernabeu is for another day and the acceptance around the game is that Real will be his destination in the future.

But City have taken their opportunity, working quietly in the background — negotiating with Haaland Snr and Rafaela Pimenta for months.

Sportsmail understands that the deal with Haaland’s team, which will see him earn about £400,000 a week including a signing-on bonus, was finalised last week.

Once the Norway star’s deal is confirmed, City’s search for Sergio Aguero’s heir will finally end. 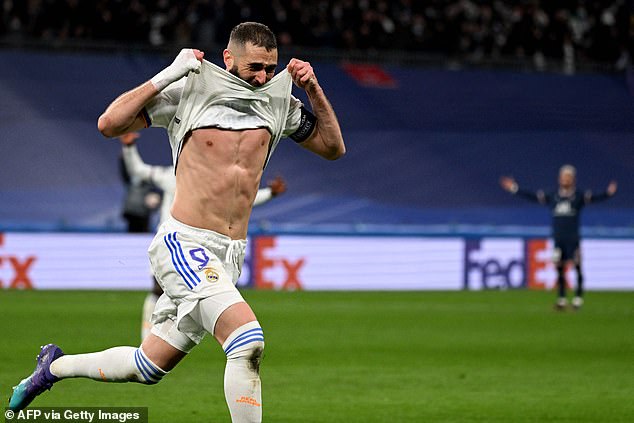 And that has been a lengthy one, prolonged by the doomed chase for Harry Kane. Others, like Benfica’s Darwin Nunez, had been considered but they sat tight for Haaland.

Cristiano Ronaldo threw a major spanner in the works last August. Offered to them, City thought about doing the deal. Certainly the board felt it made sound sense: guaranteed goals and a marketing dream.

Pep Guardiola seriously deliberated the prospect, City were talking to agent Jorge Mendes but the manager did not see how it worked. Ronaldo instead prevented Manchester United from languishing in mid-table.

Guardiola has really wanted a No 9 though. They have learned to play without one for much of the season — and last, actually, given Aguero spent a chunk of it injured.

Although boasting tremendous attacking quality, Guardiola would consider consecutive Premier League titles without a 20-goal natural striker one of his finest achievements if City manage to finish the job. 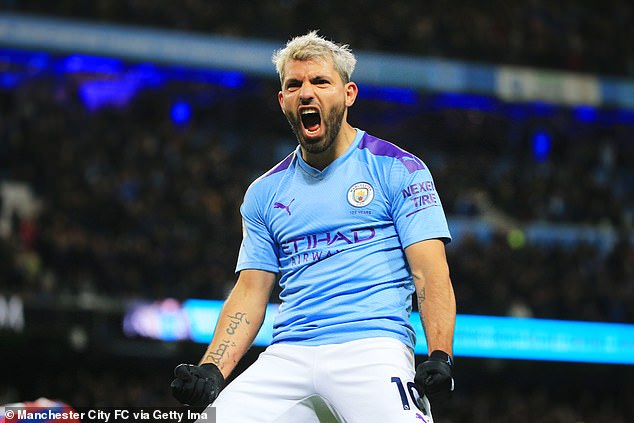 Haaland shakes them up. There is some lustre about this transfer and an argument for Haaland representing City’s first global phenomenon at point of arrival since Robinho in the owner’s first 24 hours.

Those greats that trip off the tongue from the last few years — Kevin De Bruyne a chief example — signed with more to prove and without this intense clamour.

Dortmund have allowed Haaland a leave of absence this week to settle personal affairs, before Saturday’s final game of the season against Hertha Berlin.

Haaland wants to say goodbye to the Yellow Wall properly before his next adventure — effectively back where it all began.