‘It’s a bit weird he is my boss now’: Willian admits working under former Chelsea team-mate Frank Lampard is odd… but Brazilian insists his manager is the driving force behind fine form

The Brazilian played alongside the Blues legend 26 times during the 13/14 season, Lampard’s last as a Chelsea player.

They shared the pitch on Willian’s first game, against Basel, and Lampard’s last, at home to Norwich. 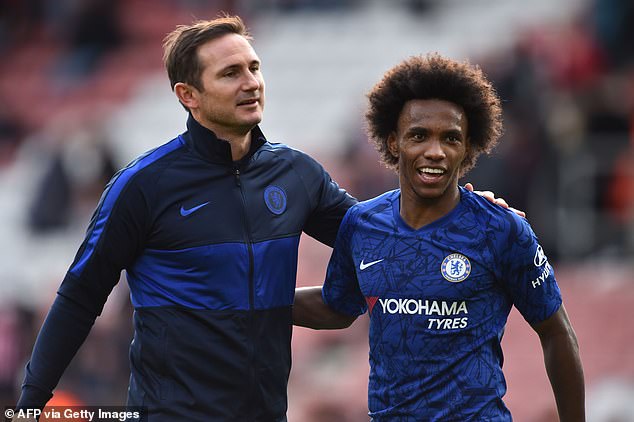 Lampard took over as boss in July this year and despite a rocky start, has seen his side climb to fifth in the table – just two points off second place.

‘He was an intelligent player, one of the best in his position,’ Willian told Chelseafc.com.

‘A quality player. When you see players like him you can say maybe in the future he can become a manager, and he’s here with us!

‘It’s a bit weird he is my boss now, but I am very happy to work with him again. He has given me the confidence to play. He wants me to be happy. A part of the performances I have had in the past couple of games I have to dedicate to him. 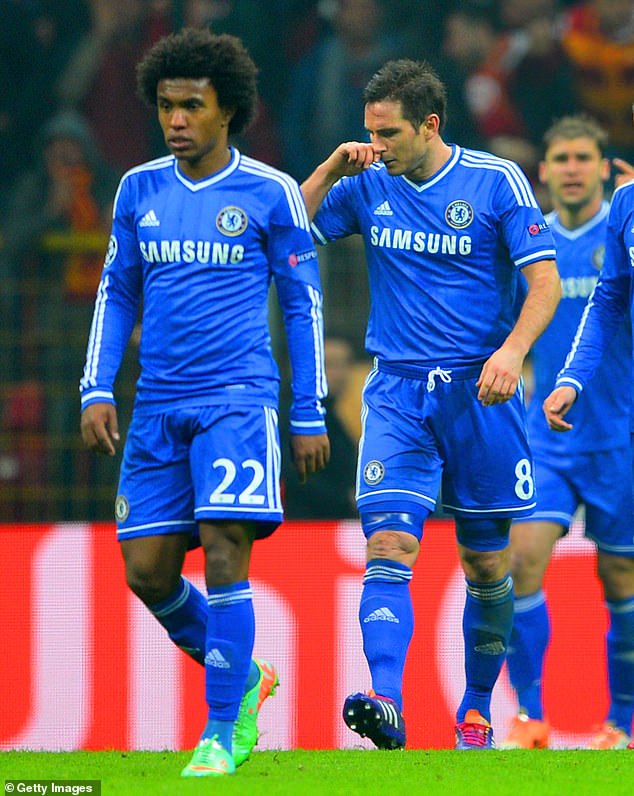 ‘He always says to me “I want you to be happy”. That’s why I have been playing like I have been.’

Willian has been an important figure in Chelsea’s form. He has scored once and assisted once in the Premier League and notched an important winner against Lille in the Champions League.

‘I think our style of play has helped me, but not only that. The freedom he gives to us is important as well. I don’t have to stay on the right side. I can move around, I can move between the lines, I can move to the left side as well. 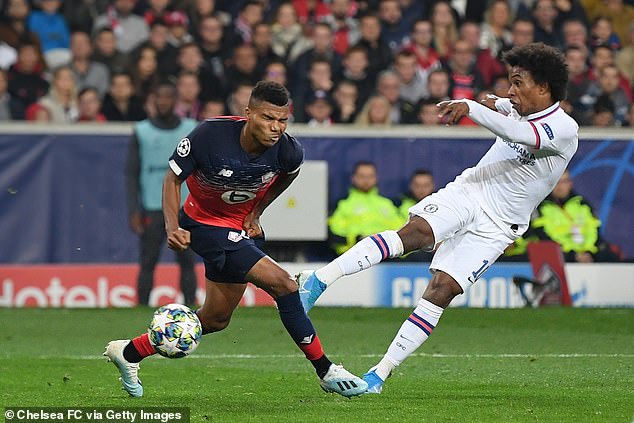 ‘I feel good playing in this way and that’s why I have been playing better and better. I hope to continue like this,’ Willian added.

Under Jose Mourinho the pair finished third in the league, reached the quarter finals of the League Cup and the fifth round of the FA Cup.

They lost the final of the UEFA Super Cup on penalties to Bayern and were seen off by Atletico in the semis of the Champions League.