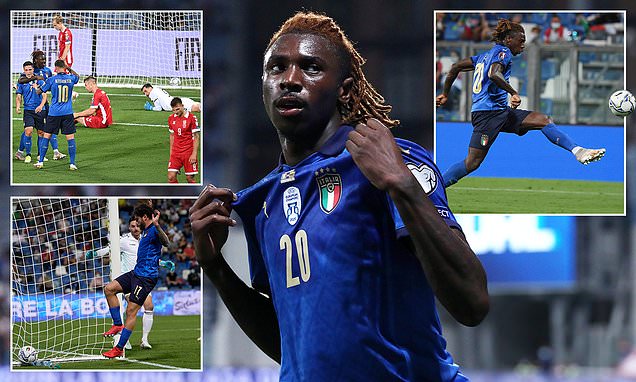 Italy recorded their first win since being crowned European champions as strikers Moise Kean and Giacomo Raspadori inspired a crushing 5-0 win over Lithuania to strengthen their grip on top spot in World Cup qualifying Group C.

The two 21-year-olds impressed their manager by lighting up the first half, as Kean netted twice either side of an Edgaras Utkus own goal and Raspadori, making his first start for his country, also scored.

‘Everything is in their heads and their feet. If they are committed and work seriously, they have great futures. But it is up to them,’ Italy manager Roberto Mancini told RAI. 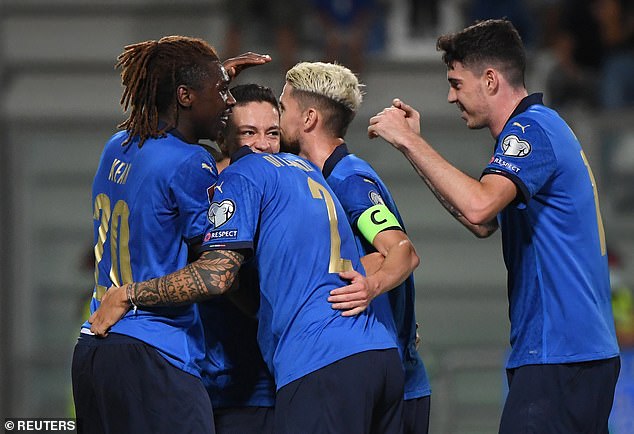 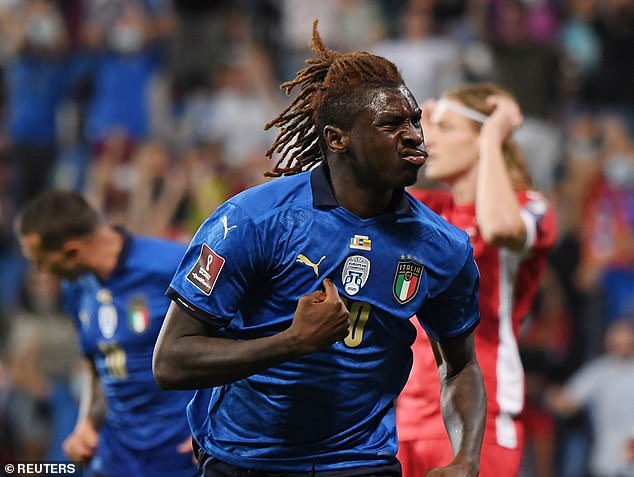 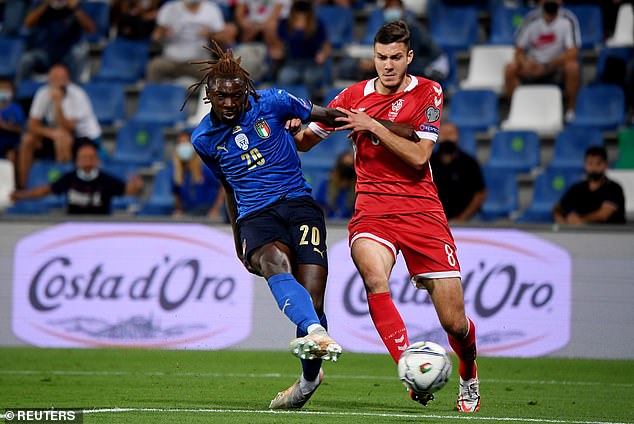 It was the first time Italy, who endured frustrating draws against Bulgaria and Switzerland in their previous two qualifiers, scored four goals in the first 30 minutes of a match.

Giovanni Di Lorenzo inadvertently added a fifth when his second half cross-shot nestled in the bottom corner, as the Azzurri side comfortably extended their record international unbeaten run to 37 matches.

‘The guys responded well on the pitch, despite losing so many players over the last few days. Scoring five or six goals is not simple,’ Mancini said.

Italy top the standings with 14 points, six ahead of second-placed Switzerland following their 0-0 draw away to Northern Ireland. Lithuania remained bottom with zero points.

A paltry return of one goal in Italy’s two previous draws resulted in widespread calls for a freshening up of the attack, and Mancini responded with eight changes to his injury-depleted side including Kean and Raspadori.

They soon justified their selection when Kean pounced on a sloppy back pass to tuck in the opener from close range and Raspadori’s shot hit Utkus and deflected in.

Sassuolo striker Raspadori, playing on his home pitch at the Mapei Stadium, netted with a simple finish from close range, and Kean made it four on the 29th minute with a cushioned volley into the top corner.

‘It is hard to understand what happened. It is a beautiful moment that came in my club stadium, in front of my family. It was perfect,’ Raspadori said. 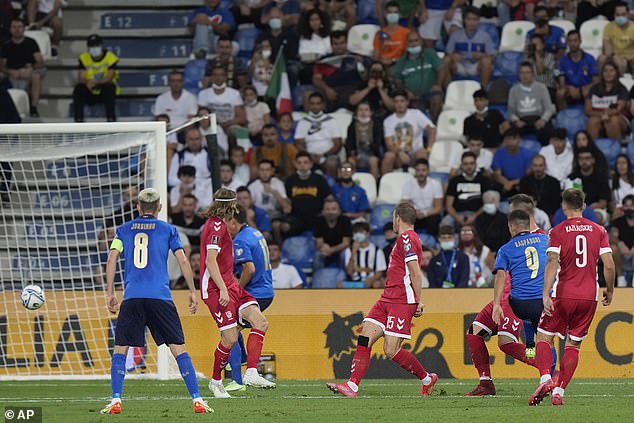 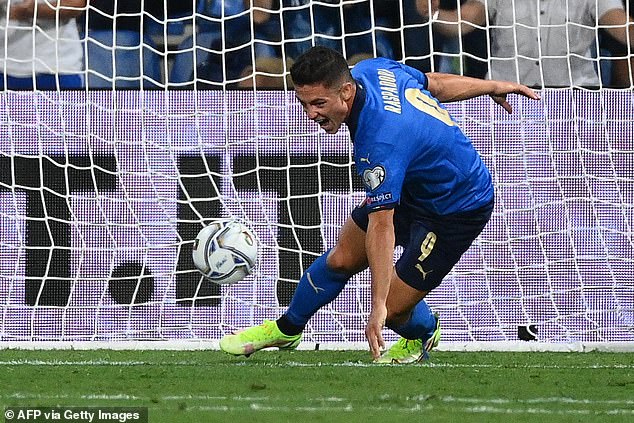 Sassuolo striker Raspadori, playing on his home pitch, netted with a simple finish from close range

Italy came back for more after the break as Raspadori had his second of the night disallowed for offside before Di Lorenzo’s cross-shot eluded everyone to find the net.

In Belfast, Bailey Peacock-Farrell was the hero for Northern Ireland as the goalkeeper saved Haris Seferovic’s first-half penalty to earn a 0-0 draw against Switzerland.

The result sent Ian Baracloughâs side up to third place, ahead of Bulgaria on goal difference and three points behind the Swiss. 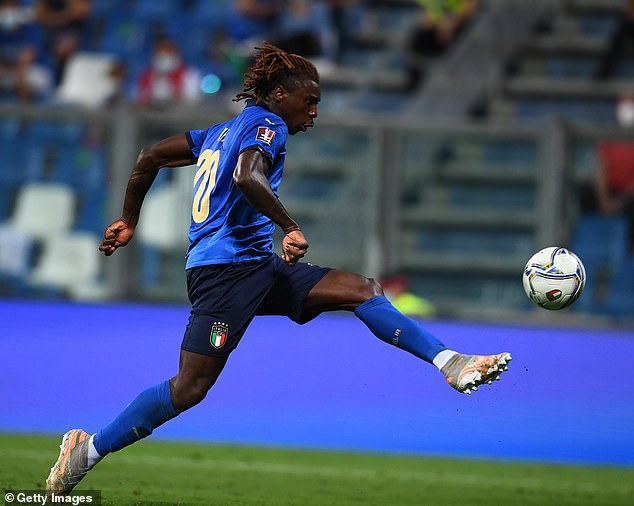 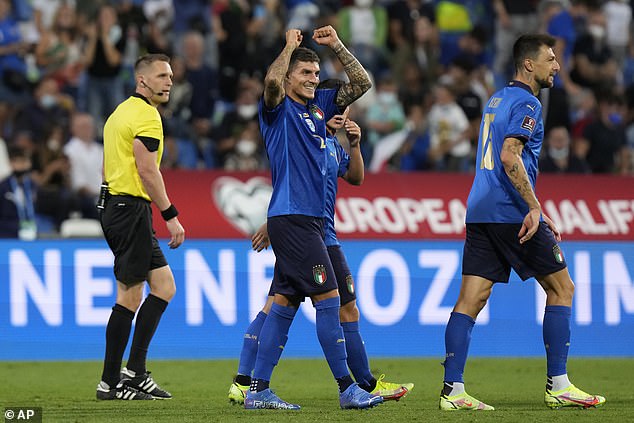