Has the Premier League lost its shock value? The top three teams have more combined points than entire bottom half and ‘Big Six’ are taking more points off others than ever before to spark fears of predictability

There’s nothing like the resurrected spectre of a European Super League to get people moralising about the haves and the have-nots of the Premier League.

It seems every two or three years, the chatter about England’s leading clubs performing some kind of ‘Prexit’ and leaving our top flight to go and play with the continent’s elite briefly grows and then fades away again.

This time, however, it comes against a background of clear evidence that what is now considered the Premier League’s ‘big six’ are pulling further and further away from the ‘other 14’. 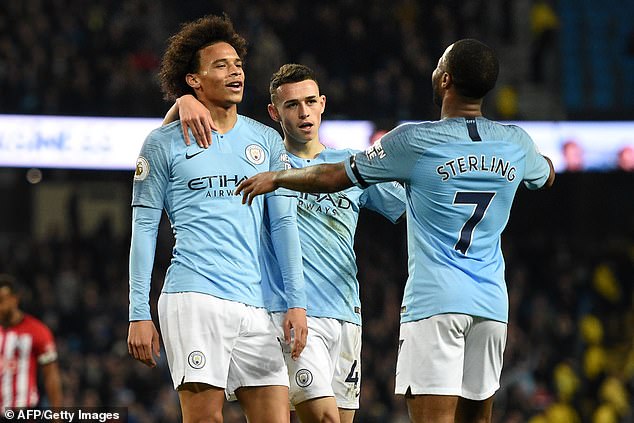 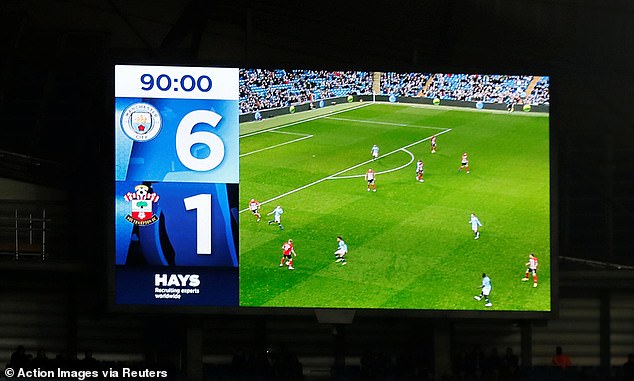 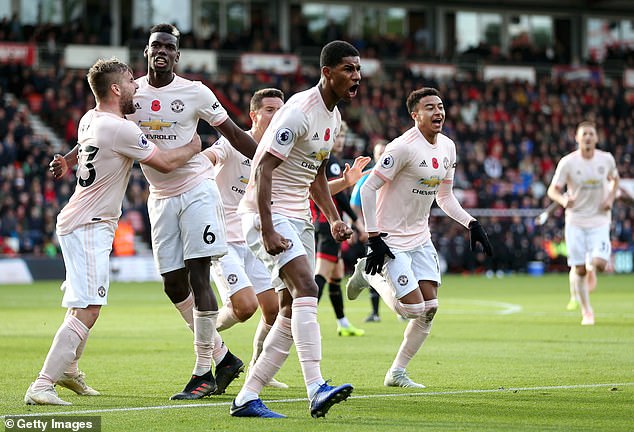 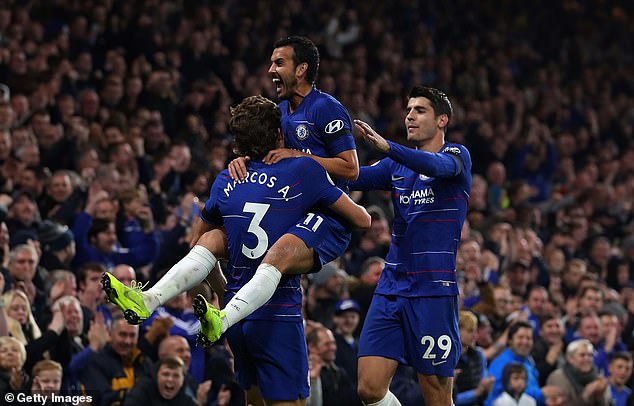 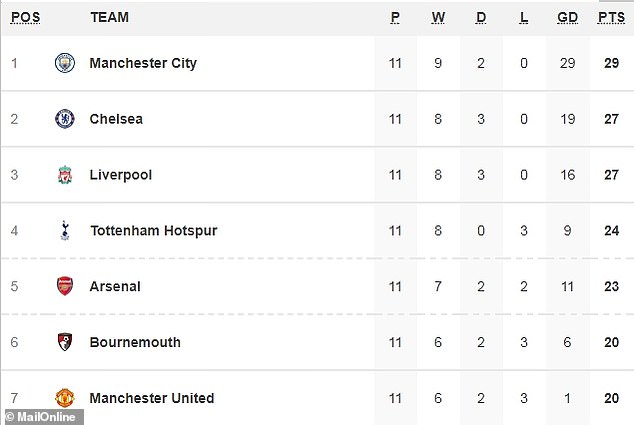 Bournemouth are currently gate-crashing the top six, but the usual suspects are all there

Well, five of the six anyway, with Manchester United lagging behind even if their late win at Bournemouth on Saturday brought them level on 20 points with the Cherries.

With the current top three – Manchester City, Chelsea and Liverpool – all still unbeaten after 11 matches, plus Tottenham and Arsenal within touching distance, the leading clubs are exerting a dominance like never before.

The stats certainly suggest that the Premier League is the least competitive it has been for some time, with instances of those 14 beating the six fewer and farther between.

If ever there was an indication that the gulf is widening, consider that City, Chelsea and Liverpool have a combined points total of 83 so far. The entire bottom half of the table combined have just 82.

With the exception of United, who are only just showing signs of getting going, all of the big six have increased their average points return against the other 14 this season. 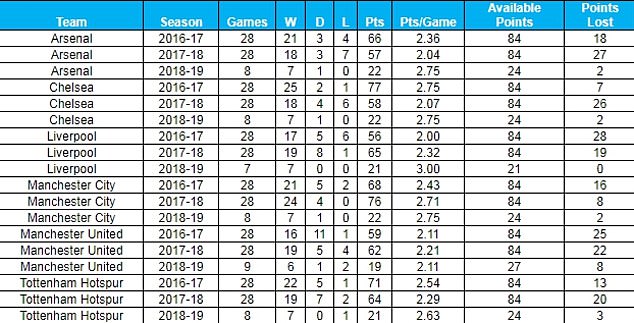 This table shows the records of the big six against the other 14 teams in the Premier League over the past two seasons plus this season so far. Source: Opta 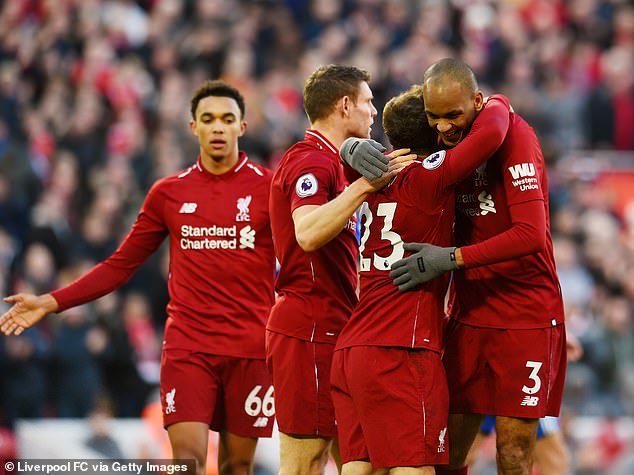 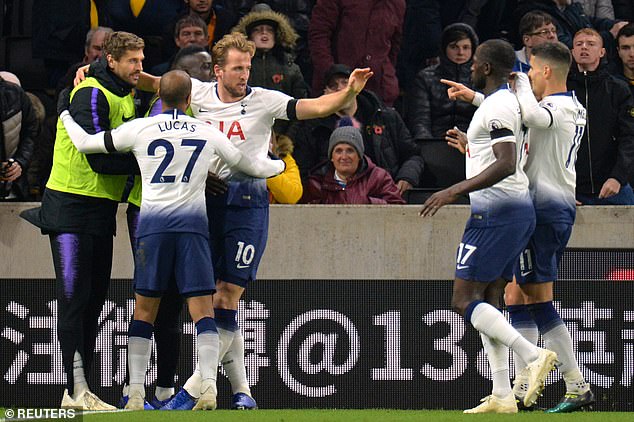 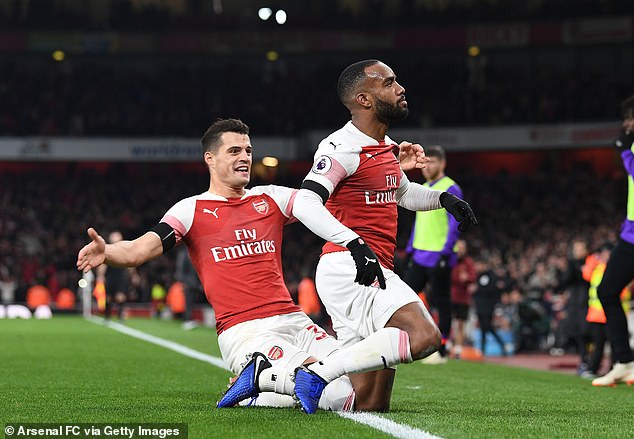 Take Liverpool, who have won all seven matches against the other 14 so far this season. They took an average of 2.32 points off them in 2017-18, but that now looks set to increase.

Jurgen Klopp’s side have only dropped points to their fellow big-six members so far, with Saturday’s 1-1 draw at Arsenal the latest example.

City have slightly improved their record against the ‘other 14’ from 2.71 points per game last season to 2.75 this, with Wolves the only ones to successfully take points off them.

Chelsea remain unbeaten in their eight matches so far against the other 14, with West Ham the only ones outside the top six to hold them. Their average is up from 2.07 to 2.75 this season.

Arsenal, whose only blip is a draw at Crystal Palace, have also gained seven wins from eight against the lesser lights. Last season they lost 27 points in all against those outside the top six, but this time are being more ruthless.

Tottenham lost to Watford but that remains the exception – Mauricio Pochettino’s team have won seven of eight against the other 14 this season, an average of 2.63 points per game, up from 2.29 last season. 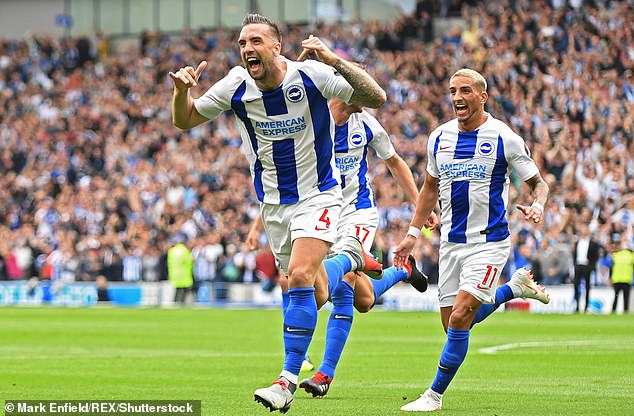 On this evidence, results such as Brighton’s win over Manchester United could become rarer 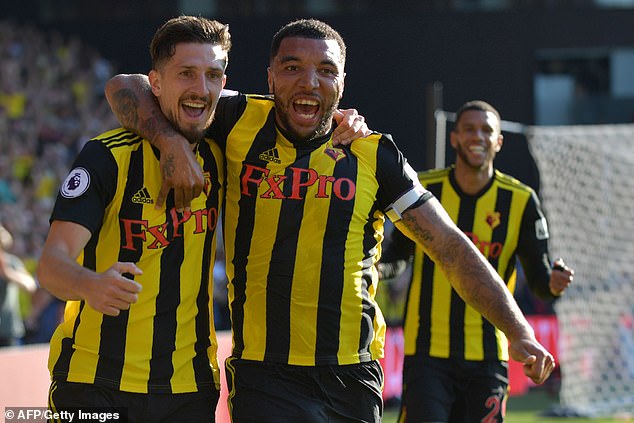 Indeed it’s only United who seem to be having issues. They have suffered defeats at Brighton and West Ham and were held at home by Wolves.

Nonetheless, their points average against the rest of the league has only dipped from 2.21 last season – when they finished second – to 2.11.

Of course, there is a long way to go and, inevitably, there will be some surprise results suffered by the big six as the season progresses.

But the early evidence certainly points to a league that is becoming less competitive all the time; of a widening gulf between those who compete in Europe and accumulate cash to spend on the best players from around the world. And those who don’t and therefore can’t.

The Premier League has long prided itself on its competitiveness – the fact that, on any given day, any team can beat anyone.

Unfortunately, as the debate over a breakaway European Super League sparks up again, this is increasingly not the case. 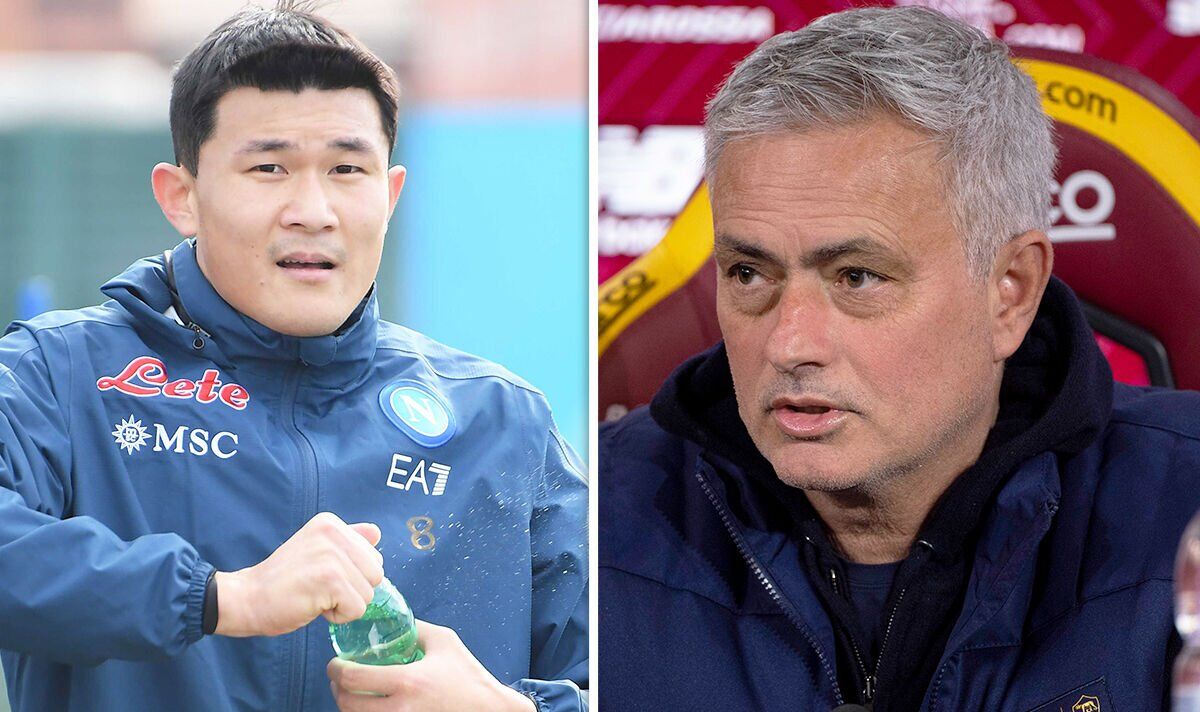