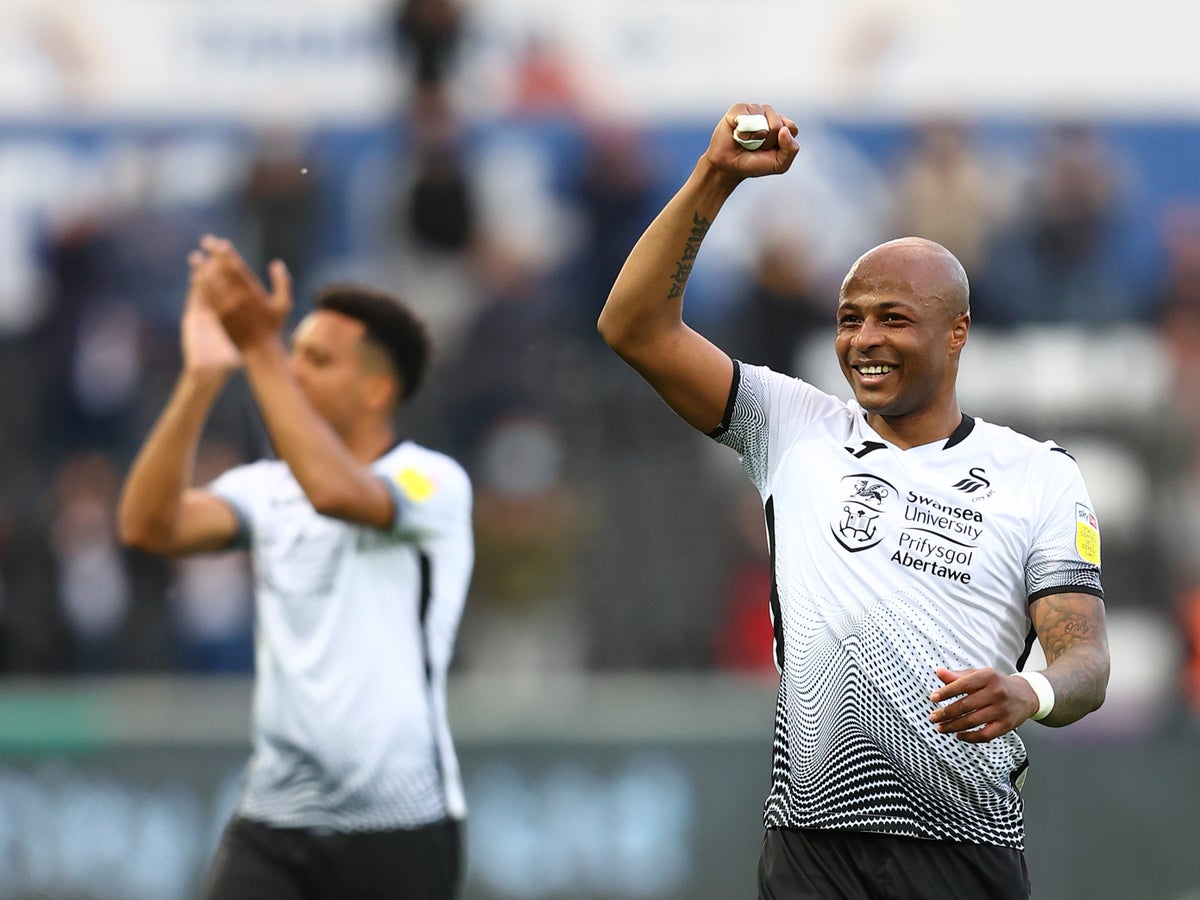 Brentford and Swansea City head to London and Wembley Stadium on Saturday, both desperate for victory to earn promotion to the Premier League.

The Bees came third in the table, three points away from earning an automatic spot in the top flight, with the Swans one place but seven points back in the table.

In the semis, Thomas Frank’s side overcame Bournemouth despite a first-leg defeat, while for Steve Cooper and his Welsh outfit it was a tough and tight two-legged affair which they squeezed through past Barnsley.

These two clubs met at the semi-final stage of the play-offs last year with Brentford winning on that occasion, before defeat in the final to Fulham consigned them to another year in the second tier – now they’ll be hoping to go one better.

Here’s everything you need to know ahead of the Championship play-off final.

The match kicks off at 3pm BST on Saturday, 29 May at Wembley.

The game will be shown live on Sky Sports Main Event and Sky Sports Football, with subscribers able to stream the match via the Sky Go app. If you’re not a Sky customer you can grab a NOWTV Day Pass here to watch without a subscription.

Rico Henry and Christian Norgaard are the doubts for Brentford, while Josh Dasilva is out and Shandon Baptiste is sidelined.

Steven Benda is the only likely absentee for Swansea.

They fell short last year but Brentford will finally see through the job and reach the promised land this time around. Brentford 2-1 Swansea.