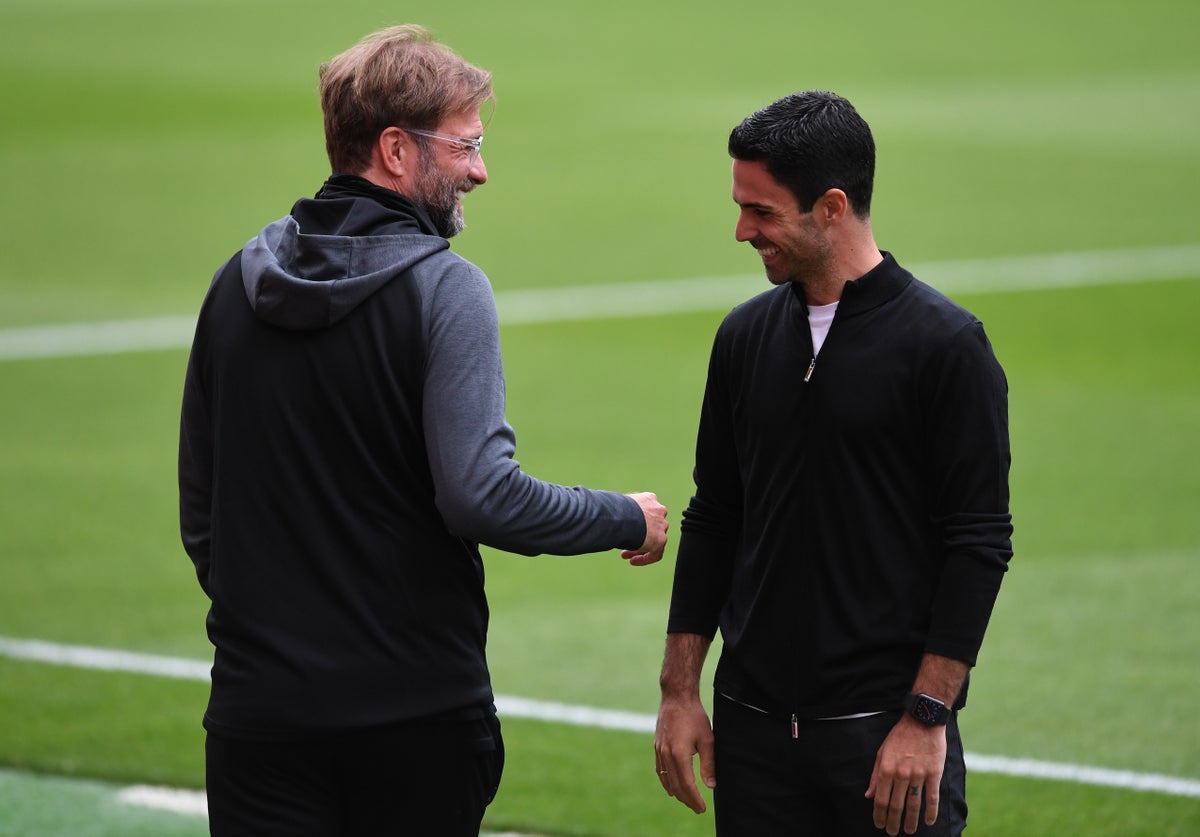 Arsenal play Liverpool this evening in a matchup between two giants of the Premier League.

Neither side have been impressive in the league this season, however, with Arsenal ninth and Liverpool seventh ahead of the run-in.

The teams have already met three times this season, across three different competitions. Arsenal emerged victorious thanks to penalty shootout wins in both the Community Shield and League Cup, while Liverpool won the reverse of this fixture in the Premier League 3-1 at Anfield back in September.

Mikel Arteta’s side were also one of only three teams to beat Jurgen Klopp’s Liverpool during their title winning season last year, and the Reds will be out for revenge in their first game back at the Emirates since that defeat last July.

Ahead of the game this evening, here’s everything you need to know.

The game kicks off 8 pm GMT on Saturday, 3 April.

The match will be shown live on Sky Sports Main Event and Premier League. If you’re not a Sky customer you can grab a NOWTV Day Pass here to watch without a subscription.

Arsenal manager Mikel Arteta has said Buyako Saka is a doubt for the match, while Emile Smith Rowe faces a late fitness test after picking up a hip injury playing for the England Under-21s. Willian could return after missing the 3-3 draw with West Ham with a calf injury.

Liverpool striker Roberto Firmino could return after missing the last three fixtures with a knee injury but the Reds remain without captain Jordan Henderson, as well as defenders Virgil van Dijk, Joe Gomez and Joe Matip.

Both sides come into this one on the back of turbulent seasons but with signs of encouragement in recent fixtures. In a tough game to call, the presence of Fabinho in Liverpool’s midfield and the return of Jota will help Jurgen Klopp’s side get back on track, while injuries to Saka and Smith Rowe will hurt the Gunners. Arsenal 1-2 Liverpool.