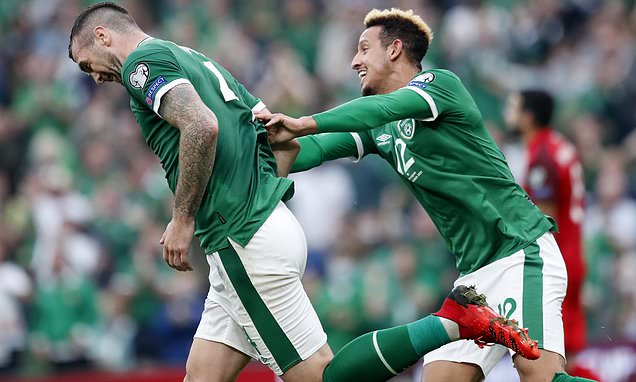 Ireland 1-1 Azerbaijan: Shane Duffy’s late header rescues a point for Stephen Kenny’s side in World Cup qualifying Group A but cannot end their run of FIFTEEN GAMES without a win

Still Stephen Kenny awaits his first competitive victory as Ireland manager. After this dismal draw at the Aviva Stadium against Azerbaijan, you wonder how many more opportunities he will get to break his duck.

Moments away from a memorable victory in Portugal on Wednesday before Cristiano Ronaldo’s late intervention, Saturday signified an altogether different sense of disappointment.

Though Shane Duffy’s 87th minute header spared the embarrassment of defeat at home by a side ranked 112th in the world by FIFA, the failure to secure all three points extinguished any faint hopes of reaching Qatar 2022. 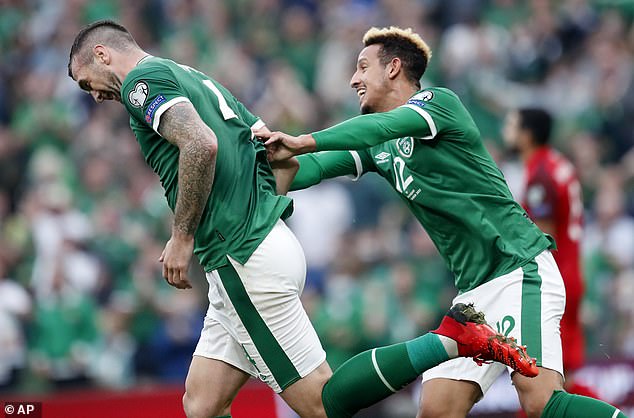 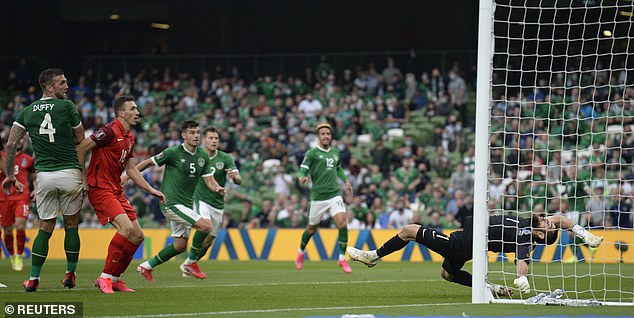 It is now just one win in fifteen matches for the 49-year-old since taking charge in April last year. The chorus of boos from the crowd at full-time give the indication that patience is very much wearing thin among supporters.

Kenny’s woes mostly stem from one issue alone. His team cannot hit the target. The problem was painfully obvious once more in this Group A basement battle.

Ireland had their first glimpse of goal inside five minutes. Josh Cullen picked out Matt Doherty’s run from deep with a raking diagonal cross, but the Tottenham full-back couldn’t direct his header on target.

Seconds later Adam Idah showed great strength down the right to outmuscle Hojjat Haghverdi and his cutback found Aaron Connolly, who saw his effort blocked behind for a corner.

Not even 10 minutes had elapsed when Seamus Coleman spurned the hosts’ third glaring opening, firing over from inside the area after red shirts invited him to continue his charge by backing off the Ireland captain. 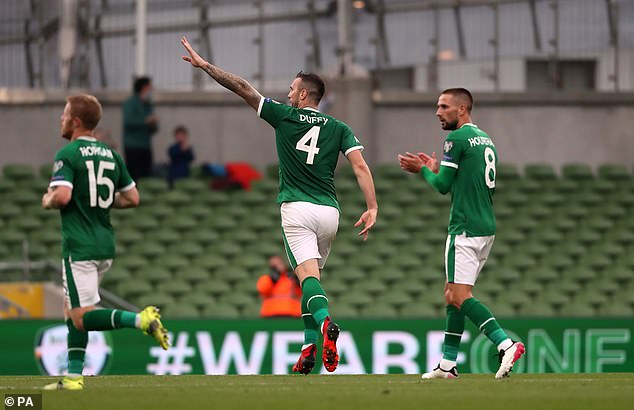 However, his equaliser could only rescue a point for Stephen Kenny’s side at the Aviva Stadium 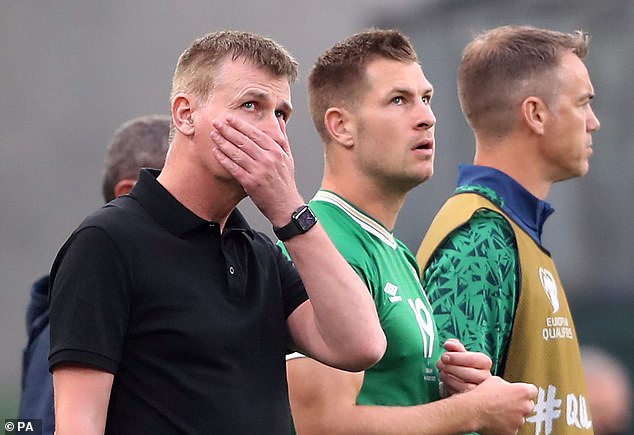 The warning signs, though, were there. While Azerbaijan’s chances were fewer, they carried the composure to make them count.

One swift counter saw Namik Alaskarov force Gavin Bazunu into a smart stop, palming the forward’s curling effort around his near post.

Meanwhile Ireland’s search for a meaningful effort of their own continued. Josh Molumby bent an effort wide, while Connolly’s cross from the left was met by Idah’s thumping header, but he couldn’t steer it the right side of Shakhrudin Magomedaliyev’s near post.

The exasperation, even in a half-full Aviva, was palpable. There was an air of inevitability, then, as the visitors stunned those in green on the stroke of half-time.

Given ample time and space on the edge of the Ireland area, Makhmudov was afforded eight touches before thumping a rasping drive between Seamus Coleman and Josh Cullen with his ninth. Bazunu’s dive was in despair as he found himself picking the ball out of his net in stoppage time for the second game in a row. 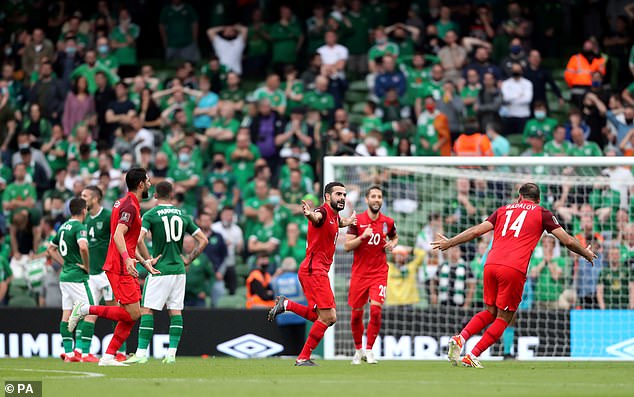 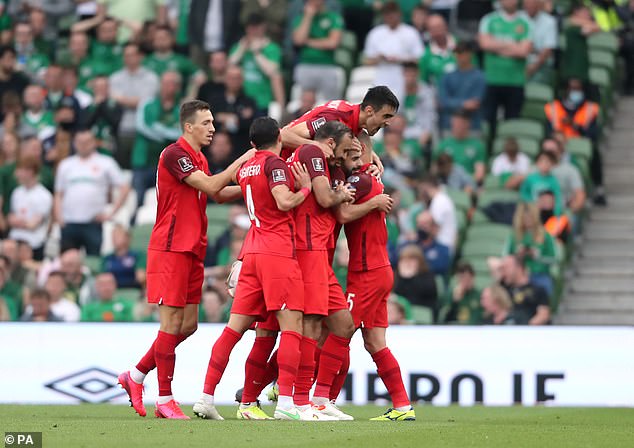 The second half started in a familiar style, Ireland fashioning promising openings while failing to test Azerbaijan’s No 1. Molumby was the guilty part on 47 minutes, meeting substitute Daryl Horgan’s cross but sending his effort over the bar.

In the 60th minute Magomedaliyev was finally forced into his first save. Troy Parrott’s effort was hit with some force but was straight at the Qarabag shot-stopper.

But Ireland soon reverted to type. Idah glanced wide from Horgan’s cross when he should have levelled. Duffy did no better when meeting Callum Robinson’s centre.

They’re fate was almost sealed before full-time, Azerbaijan sub Rustam Akmedzade denied his side’s second by the left boot of Bazunu. On this occasion though it was Ireland’s turn to provide the late show.

With three minutes remaining, Cullen swung in a cross from the left and Shane Duffy, playing as a makeshift striker for the final moments, crashed his header beyond Magomedaliyev, who could only palm the ball into roof of the net.