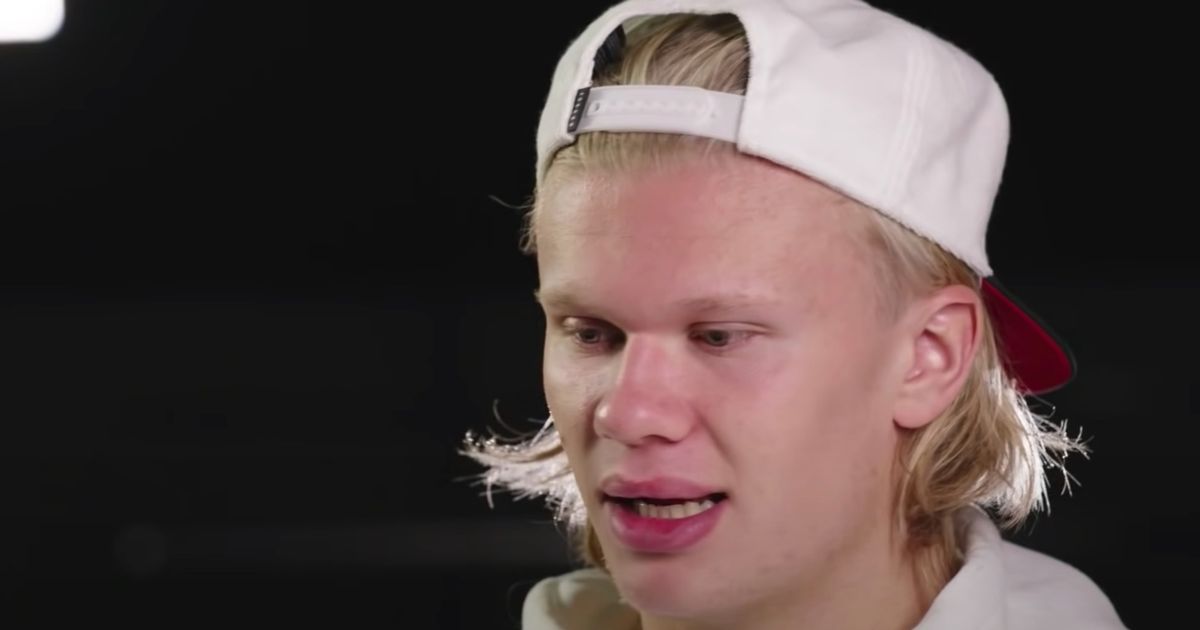 Manchester United will be watching Erling Haaland presented as a Manchester City player in the coming days knowing that over two years ago, the club passed up the chance to sign him for just £18million.

The Norwegian sensation is set to seal his £51m switch to the Etihad Stadium on a five-year contract which could be worth £500,000-a-week, dwarfing Kevin De Bruyne as the club's highest-paid player. But back in 2020, before Haaland moved to Borussia Dortmund, Man United missed out on signing the striker.

It had looked like a sure thing after United made their interest clear in the striker in December 2019, who was playing for Red Bull Salzburg in Austria at the time. Haaland had already caught the attention of scouts across Europe after bagging 28 goals in just 22 appearances for the club following his switch from Molde.

It emerged that Haaland's release clause with Salzburg allowed him to leave for just €20m (£17m), but it came with a catch. The striker's agent, the late Mino Raiola, was insistent that any deal to sign Haaland would have to include a release clause that would become active in July 2022.

United’s position at the time was that they didn’t want a player who they felt could become an important part of the club's future to have a release clause that would allow rivals to swoop in for a bargain fee. The club also had a frosty relationship with Raiola due to his public feud with manager Ole Gunnar Solskjaer and the deal which looked certain to happen in January 2020 was called off.

However, Dortmund weren’t concerned about such an arrangement and felt it was a risk worth taking, and Haaland went on to sign with the Bundesliga outfit. CEO Hans-Joachim Watzke admitted he would have chosen a move to Old Trafford if they hadn't agreed to his demands: "We gave Erling Haaland a release clause… otherwise he would have gone to Manchester United," he told 1909: Talk via SportBible.

HAVE YOUR SAY: How many goals will Erling Haaland score for Manchester City next season? Comment below.

Two-and-a-half years later, the German side can say it has paid off handsomely for them after earning £34m in profit, with Haaland scoring an impressive 85 goals in his two seasons at Signal Iduna Park. Meanwhile, United have been left to wonder what could have been if Haaland had joined them.

While it would have made little business sense to allow Haaland to join a rival, United's long-term thinking has perhaps cost them in the short-term. The Red Devils are without a trophy since their Europa League triumph in 2017 and look further away than ever in terms of catching up to City and Liverpool. Who knows where Haaland's goals could have taken them.

And they could pay the price in the years to come as the Leeds-born frontman makes his way to the Etihad Stadium. Haaland at 21 still has his whole career ahead of him and, with no release clause included in his contract this time, the Red Devils will be left to rue not taking advantage of the offer in front of them.