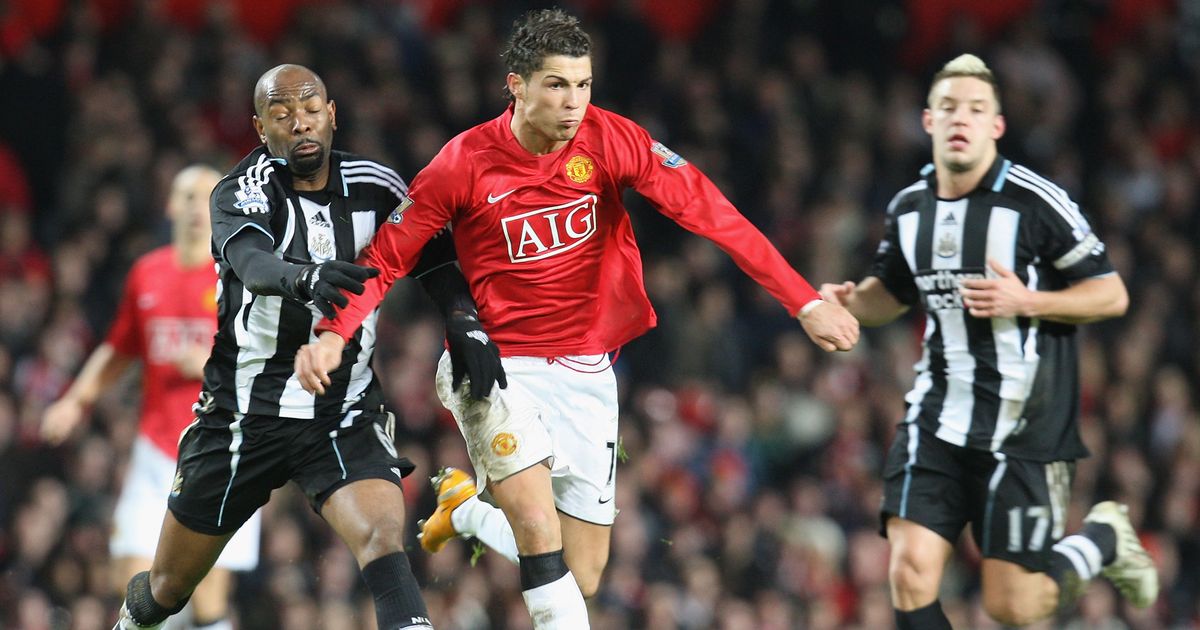 Troubled Newcastle will probably breathe a sigh of relief if Cristiano Ronaldo is named on the bench for the Second Coming of his Manchester United career.

That would be a big mistake!

Instead, they should fear the worst because the last time Ronaldo faced the Magpies at Old Trafford, he scored a hat-trick – with all his goals coming in the second half.

What price a second on Saturday against the same opponents who are still seeking their first win of the season?

Ronaldo has gone on to score a whopping 55 trebles since that January afternoon in 2008.

Asked afterward why it had taken him so long to tick that particular box, he shrugged his shoulders and said: “If I scored two goals every game, then I am happy.”

It was a fair point. Ronaldo bagged 43 goals that particular season, finding the net twice on ten occasions.

Yet such a scenario appeared unlikely at the interval with Newcastle having managed to contain United and keeper Shay Given in seemingly unbeaten form.

“We were quite happy at the break,” remembers full-back Jose Enrique.

“Everything was going to plan but then Ronaldo scored a few minutes into the second half and it all went wrong from there.”

Just as Newcastle would appear to be lambs to the slaughter this weekend, it felt very similar in the days leading up to that particular showdown.

Toon owner Mike Ashley had sacked the unpopular Sam Allardyce a few days earlier and Harry Redknapp had turned down the chance to succeed him.

In charge that winter’s afternoon was caretaker-boss Nigel Pearson, who’d been Big Sam’s No. 2.

His words in the post-match press conference probably strike an ominous chord with Geordie fans today, disillusioned with the state of a club never too far away from crisis mode.

“It is a reality check of exactly where we are at,” said Pearson, now in charge at Bristol City.

“I am not going to make excuses. It is plain to see the situation would be better served by being resolved quickly.

“When you are going through a transition period, you need things to be as smooth as possible but results like this make that very difficult.”

After Ronaldo fired United ahead in the 49th minute, the visitors were feeling pretty sorry for themselves having had what they believed to be a perfectly good Michael Owen goal chalked off.

“Michael was clearly not offside when he ran on to James Milner’s pass and put the ball in the net,” wrote ex-Reds’ star Alan Smith in his programme notes a few days later.

“And then after half-time, I was penalised for a challenge that was never a foul and Ronaldo scored from the free-kick.”

Five minutes after breaking the deadlock, United’s No. 7 laid the second on a plate for Carlos Tevez who returned the compliment on 69 minutes.

Newcastle collapsed in the last ten minutes with Rio Ferdinand scoring a rare goal and Tevez making it six in injury-time.

Sandwiched in between, Ronaldo completed his hat-trick on 88 minutes, seizing on a poor Enrique clearance, evading Steven Taylor’s sliding tackle before beating Given with a clinical finish.

Ironically, within four days of this debacle, the Toon Army were celebrating their very own Second Coming with Kevin Keegan returning to St James’s Park as manager more than a decade after his first magical spell at the helm.

That one ended in tears and fall-outs. Don’t expect a repeat with this latest match made in heaven.