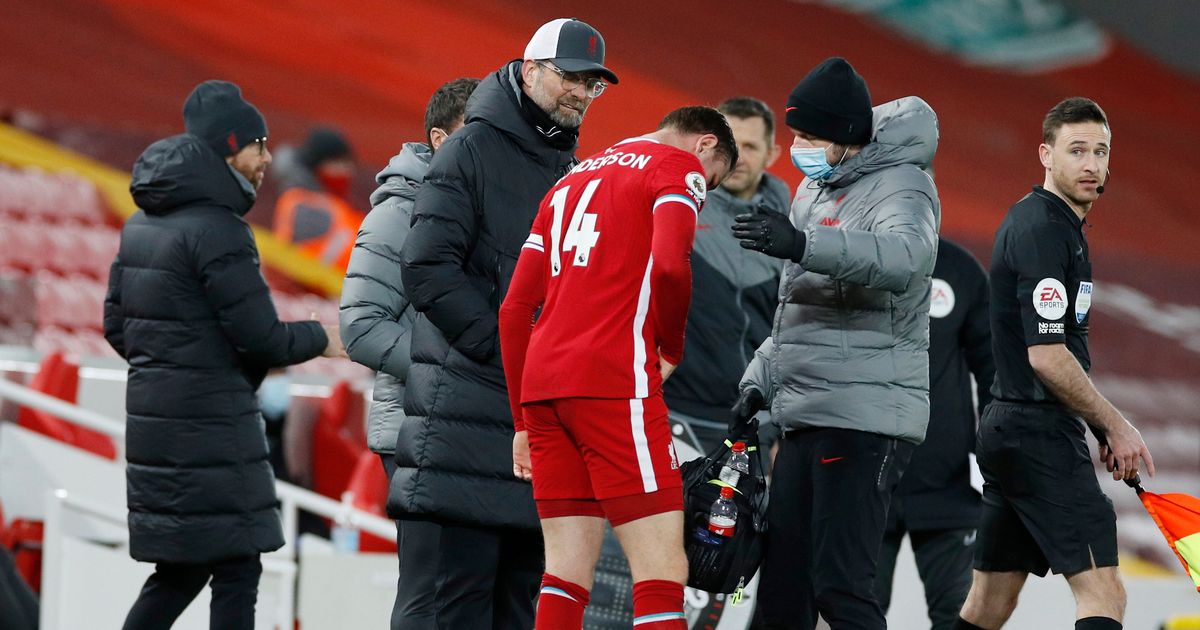 Liverpool have endured horrid luck when it comes to injuries so far this season.

But the fact Jurgen Klopp has had to use 18 different partnerships at centre-back in recent months proves just how much the Reds have struggled.

To add, had Jordan Henderson managed to stay on the field beyond half-time against Everton on Saturday evening, he and January signing Ozan Kabak would have enjoyed the longest continuous streak of any Liverpool centre-back partnership this season, beating the previous records of just two-and-a-half matches.

That specific record was set recently by Henderson and the inexperienced Nathaniel Phillips, who came off the bench to replace the Reds captain this evening.

As it stands, Klopp is without five first-choice central defenders, with Virgil van Dijk, Joel Matip, Joe Gomez and Fabinho also out. And Liverpool's woes have deepened once more with Henderson limping out of Saturday evening's 2-0 loss to local rivals Everton.

The Toffees picked up their first league win at Anfield for 22 years thanks to a Richarlison strike and a late Gylfi Sigurdsson penalty.

But Henderson was withdrawn before the interval, clutching his groin as he hobbled off.

"Tough things happen like Hendo today getting injured. Tough one to take, it doesn’t look like a little one unfortunately," Klopp admitted at full-time.

“But we will go through this and in the end succeed, we will see when that happens.

“It’s the groin/adductor region and nobody in the medical department was positive about it. It doesn’t look good, but we have to wait, of course, for the scan tomorrow, hopefully.

"Decisive margins, to score a goal you have to create a situation and finish it off. There is no alternative but to keep going.