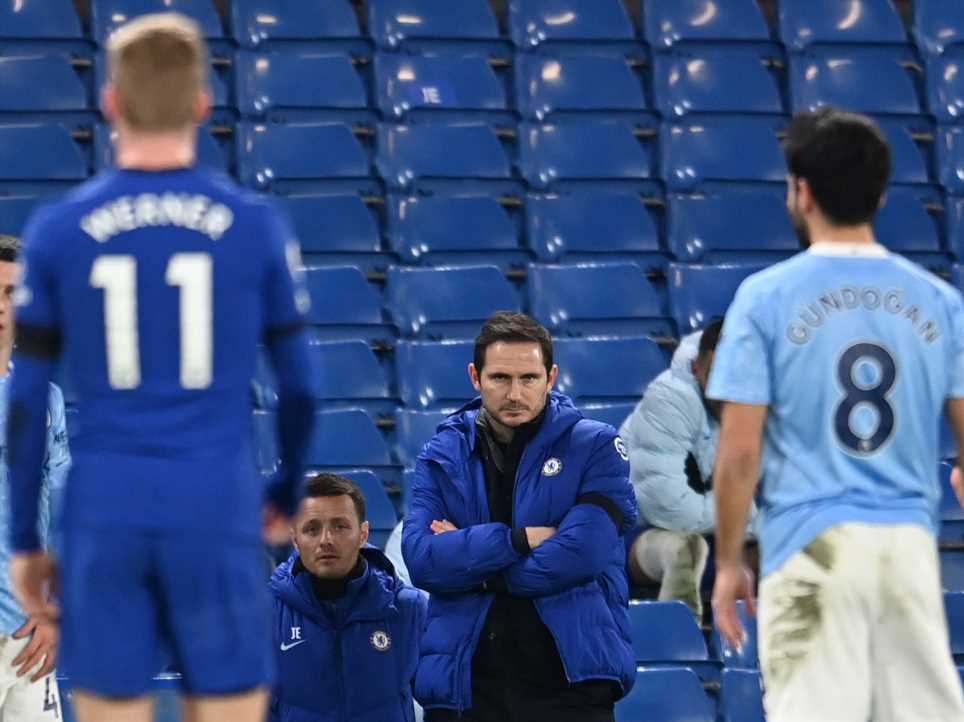 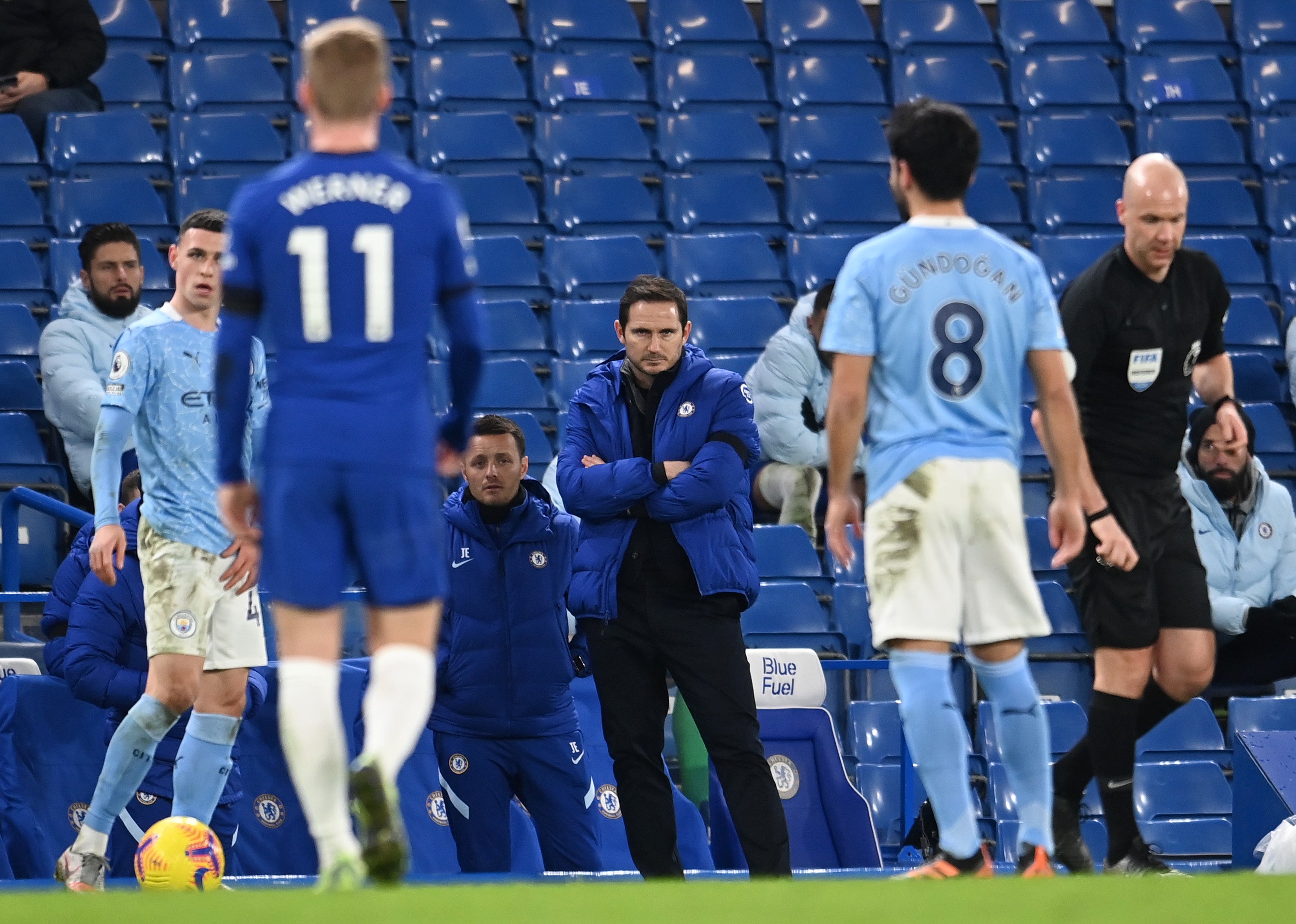 “It’s not [the same feeling],” he said. “The first half, when we went to Arsenal, was lethargic and I didn’t understand it. Today, I understand that the players had a real problem in the first half on the pitch, because City were showing real personality and quality on the ball. And we [dealt with] it for 10 minutes. Control, control. When the game turns, that’s when you’re tested and you have to react in the game, not lean on the youth, [although] I think some of the younger players really came to the fore.

“I thought Mason Mount showed that second half, Billy Gilmour showed that when he came on in the second half, Callum comes on and gets his goal, so this is not about the youth of our squad being the issue, it’s just a reality that we’re in a little period – a five- or six-game period that none of us like. I think if you probably go back to City in the first year of this regime, or Liverpool, there were periods of pain. You have to fight through that, and that comes with viewing this game and looking at how we can be better as we go on.

“If you’ve been in football this long… I said to the players at half-time, I sat there and had those days and lifted a trophy at the end of the year. We bounced back, because we had a spirit in the dressing room, we had a quality of player, and we’re in a different period now, but any player in football is gonna have moments like that.

“Some of the results we’ve seen this season for other teams – Man City, Liverpool, etc. – have been harsh to them. Now, because we’re in a bit of a period, it becomes even harsher for us, we won’t hide away from that. But the players and myself have to take it on the chin and react. This is football.”

Lampard insisted that his players have the mental strength to battle their way out of their slump, which has seen them fall to four defeats in their last six games and slip to eighth in the Premier League – seven points behind leaders and champions Liverpool, who have a game in hand.

“Without a doubt we have that, because we went 16 games unbeaten. A month ago, everyone’s asking me about where we can go to, where am I gonna go, where’s the new contract? Now people are saying the opposite. I can’t control that, we can’t control that. What we can control is what we do tonight and tomorrow and the next day, and what we do against Morecambe and Fulham.

“I have belief in the group – I hope this doesn’t sound like I’m criticising players, I’ll be the first to look at myself today. When I look at the squad, I know that there is uplift in this team, but I know where we’re at – because I see it, and I know the work it takes to be at the level that Manchester City churned out today.

“That’s been a lot of years in the making, a lot of players playing in the prime of their careers, showing confidence and character. It’s normal that as a squad we take little knocks along the way. Now’s a test.”