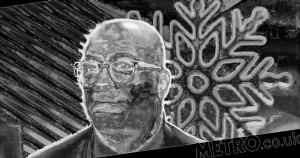 The Gunners had recorded consecutive victories over the Christmas period which had changed the mood around the club following a dismal two-month run of form which had seen the Gunners drift perilously close to the relegation places.

Arsenal, however, looked full of confidence at the Hawthorns and never looked likely to surrender their recent momentum, cruising to a comfortable 4-0 victory.

The return to form of Alexandre Lacazette has been central to a run of three successive victories and the Frenchman scored twice in the second half against the struggling Baggies to take his tally to four in the last three games.

Prior to his penalty against Chelsea on Boxing Day, Lacazette had gone eight Premier League matches without a goal and Wright is delighted to see the former Lyon skipper’s hard work on the training ground paying off.

Reacting on Instagram to Lacazette’s latest decisive contribution, Wright wrote: I know how hard you have worked to find your firm and keep your confidence up. Brillante perfomrance Mon Ami.’

Arsenal are now suddenly looking up the table instead of nervously looking over their shoulders, exhibiting some of the free flowing football that helped them finish last season so strongly and win the FA Cup.

Manager Mikel Arteta had cut an agitated figure prior to the recent run of wins and had called for experienced players to contribute on a more regular basis. Lacazette has certainly answered that call and Arteta has been thrilled with the Frenchman’s contribution.

He said: ‘Laca is in a great moment he’s scored I think five in the last four games. It’s what we need from our strikers as well.

‘I hope so (the sticky patch is over). At least the energy and the convincing momentum that you get from everybody that is involved is much more positive.

‘At the end of the day I wasn’t that concerned with the performances. I think we lost games where we were unlucky and most of them it was our own fault because we made some errors and we lacked some discipline in certain moments.