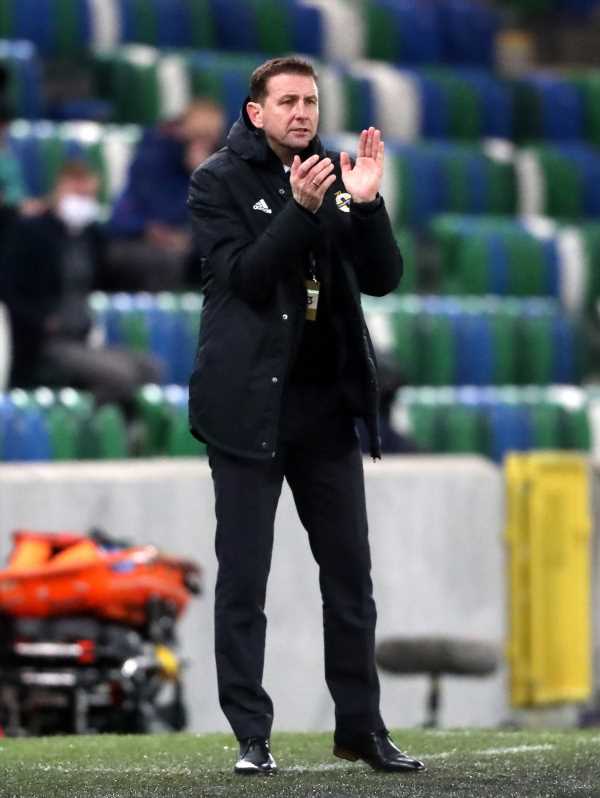 Uncapped teenagers Sam McClelland, 19, and Conor Bradley, 17, have been named in a 25-man squad that includes promising young players such as Shayne Lavery, Alistair McCann, Alfie McCalmont and Ethan Galbraith.

Captain Steven Davis is rested while vice-captain Jonny Evans is out through injury, two of several high-profile omissions as the likes of Corry Evans, Jamal Lewis, Michael Smith and Conor McLaughlin are missing for various reasons.

But with a strong core including Leeds midfielder Stuart Dallas, Hull forward Josh Magennis, Watford defender Craig Cathcart and Aberdeen winger Niall McGinn, Baraclough will be relying on his more experienced players to guide the new boys through.

“I could have taken a completely young squad, a development exercise and see how they go, but the senior players, 10-15 years ago they would have been nurtured by the senior pros at the time and it’s important that you’ve got that integration,” Baraclough said.

“To have those senior pros here is massive and the young lads have got to be like sponges and take everything from them.” 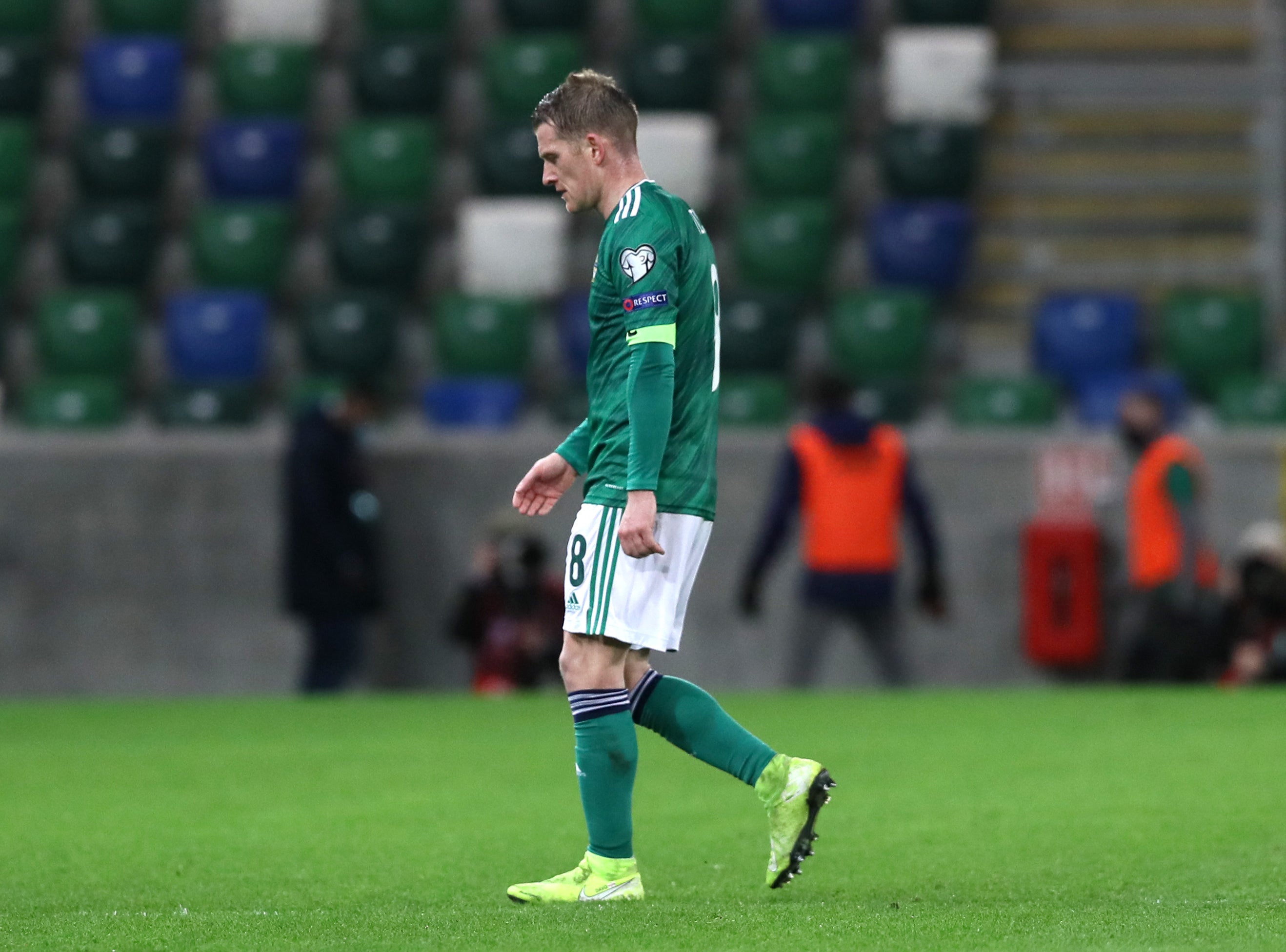 Baraclough said he had told his players after the World Cup qualifier in Bulgaria there would be no obligation to join the camp this summer after a gruelling run over the past 18 months.

“For many of them it’s been two seasons back-to-back without any break whatsoever,” he said. “It’s a big ask in these times. A lot of them have been without family, like (Davis) up in Glasgow with his family down south, he’s been away from his wife and kids only meeting up from time to time.

“For the rest of them, some of them are out of contract, some are nursing injuries, some are getting procedures down – Jamal had a little procedure done – some are at different stages.”

Jonny Evans had intended to travel until recently, but Baraclough effectively knew from the moment the Leicester defender hobbled out of the FA Cup final that he would be without the 33-year-old.

With Dan Ballard yet to join the squad as he prepares for Blackpool’s Sky Bet League One play-off final on Sunday – the same day Northern Ireland face Malta in Austria – Baraclough has added to his defensive options by calling up McClelland and Bradley. 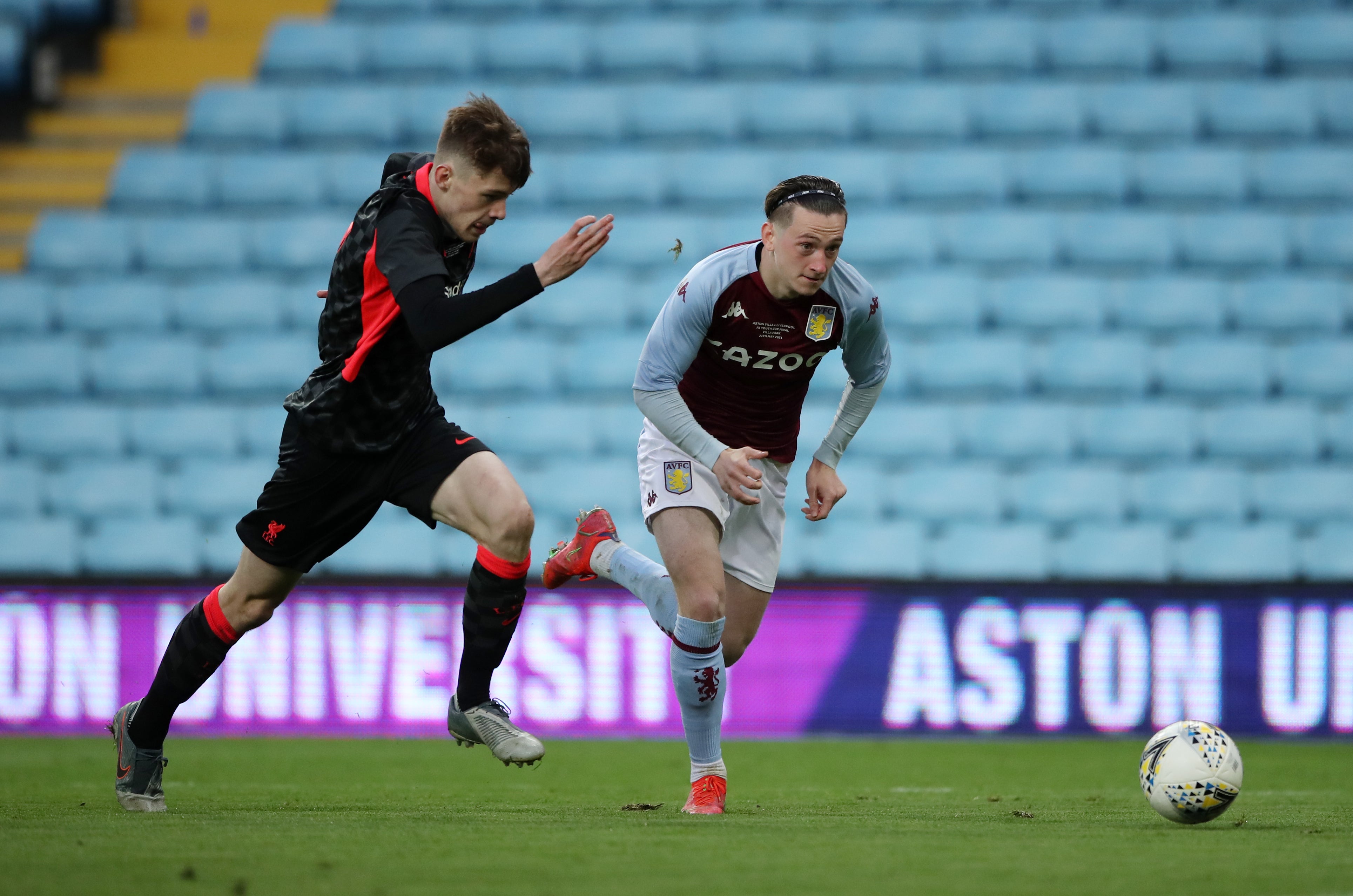 “I just feel as though they had a strong season at their respective clubs,” he said.

“We want to try and develop those players and fast-track those we feel are capable of doing that, test them at the next level. We may find at this moment it’s too much but it gives them an idea of what’s needed.”

After facing Malta on Sunday – a game which replaced a cancelled fixture in Turkey – Northern Ireland will head to Dnipro to take on Ukraine on Thursday.

“The intention is to come away having won two games,” Baraclough added. “That’s got to be the sole focus. We’ll see where we get on that, we’ve got to come out with some positives from the trip, and from the group.