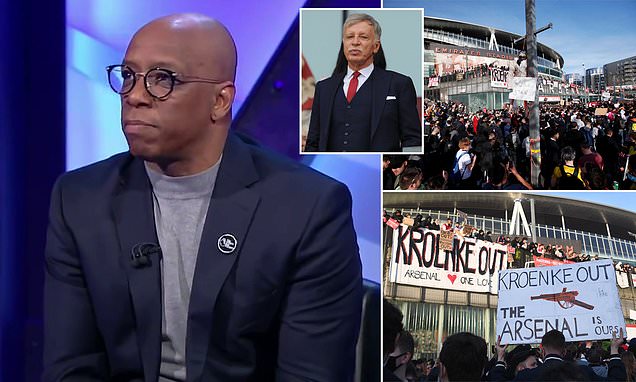 ‘I stand with them’: Ian Wright throws his weight behind angry Arsenal fans protesting outside the Emirates over Super League fiasco and insists hated owners KSE ‘are not fit to run the club’

Arsenal legend Ian Wright has spoken out in support of the thousands of fans that protested outside the Emirates stadium regarding the ownership of the club by Kroenke Sports and Entertainment group.

Before the game against Everton which the Gunners lost 1-0, there were huge protests outside the ground sparked by plans join the now defunct breakaway European Super League.

Wright scored 185 goals in 288 appearances for the Gunners, and was a pundit for DAZN Canada as Mikel Arteta’s side hosted the Toffees on Friday night. 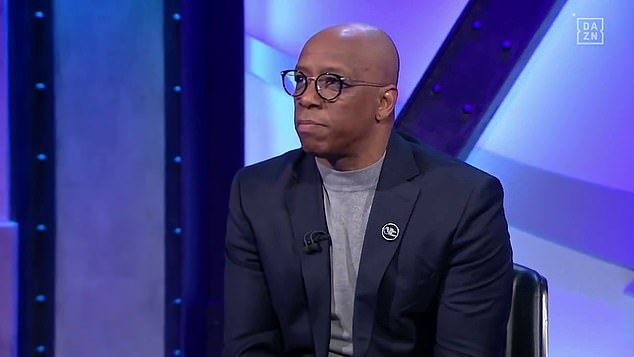 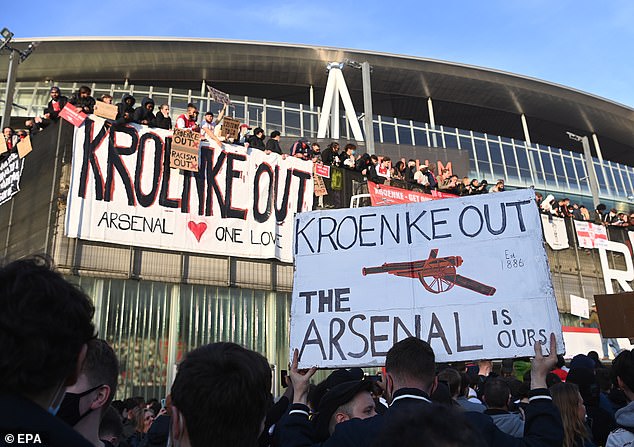 ‘I stand with them,’ said Wright. ‘I made it clear the other day what I think about the owner. I think they’re right to be outside there, the fans have every right to be out there saying what they’re saying.

Arsenal fans gathered in their masses to protest the club’s role in the now collapsed Super League and called for owner Stan Kroenke to leave.

Hundreds congregated outside of the 60,000-seater stadium in Islington, and set off flares whilst voicing their displeasure over the club’s current ownership.

An effigy of the American billionaire was even hung up by disgruntled supporters. 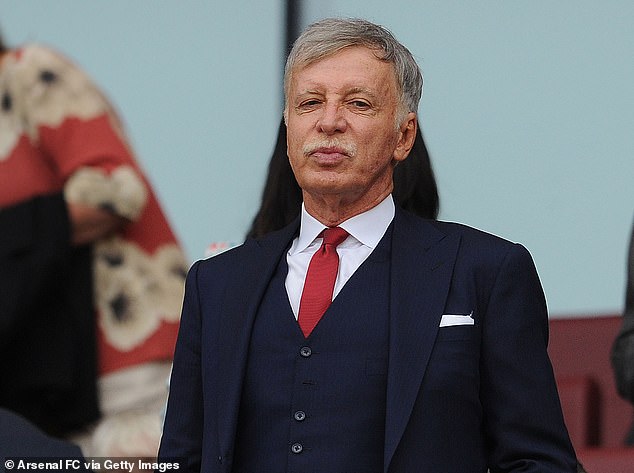 Headlines have been dominated this week by the failed attempt to form a breakaway league, in which twelve European heavyweights joined the JP Morgan-backed scheme that threatened to debilitate the football landscape.

The Gunners are understood to have been architects behind the ploy alongside the American owners of Liverpool and Manchester United, as well as Real Madrid president Florentino Perez.

Arsenal boss Arteta described the furious fan reaction that triggered the collapse of the ESL plans as ‘probably the strongest message that has ever been sent in the football world’.

Asked if he found it embarrassing that Arsenal were involved, Arteta said: ‘My biggest concern now and my biggest aim is to get our people and our fans back towards the team and feeling proud of it.’