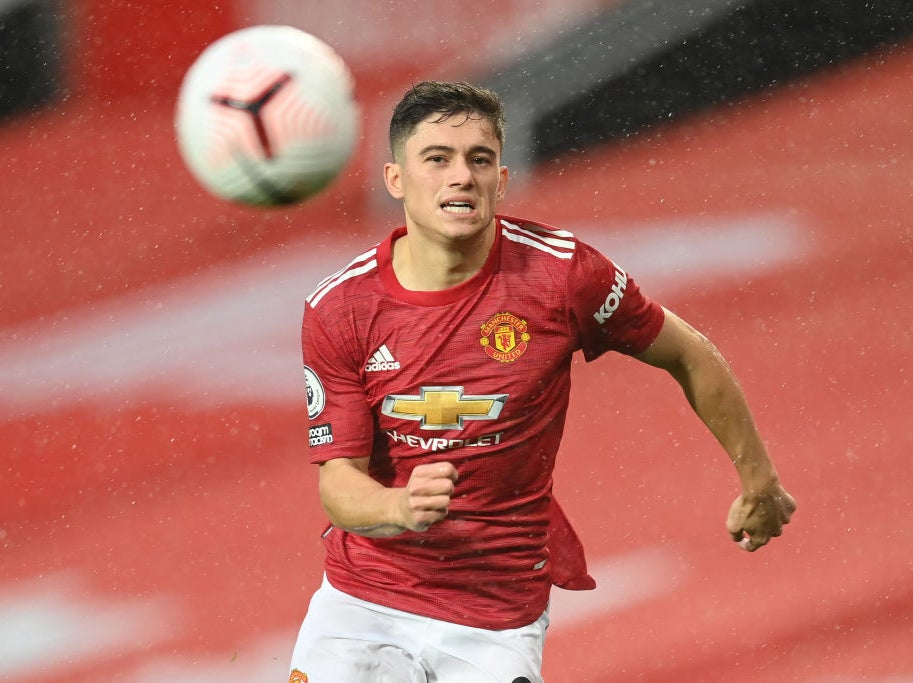 Daniel James insists he wants to win his place at United

“Whether I’m playing or not I’m proud. I’m as proud to play for Wales as I am Man United, to be there at the club.

“There were times when I played a lot last season and I may not have played as much this season.

“But I’m sticking in there and I will always be around it. I’ll never think different of that.”

James’ third international goal as Wales beat Finland 3-1 on Wednesday to secure promotion to the top tier of the Nations League was a stunning shot from outside the area.

It was his first goal since March, when he was on target for United in a Europa League tie against Austrian outfit LASK Linz.

“I feel really good at the moment,” said James, who also set up Kieffer Moore for Wales’ third goal.

“When I do play I give my all and I bought into everything that we wanted to do, and thankfully I got that goal and the assist.

“We came into the group knowing there were going to be tough games, but we’ve defended really well and caused problems to teams going forward.”

James was on holiday in Marbella when Wales reached the semi-finals of Euro 2016 – their first major tournament for 58 years.

Over four years on and he is part of a side who have qualified for next summer’s delayed European Championship and are virtually guaranteed a 2022 World Cup play-off spot.

He said: “It’s an honour to be part of it. After qualifying for the Euros we wanted to achieve more.

“We wanted to go and compete with the best teams in Europe.

“Group A is where we want to be and we’re really looking forward to that.

“It’s a great bunch of lads and when we come away we all bond so well, you can see that on the pitch.

“We were totally aware of it (the World Cup prize) and it puts us in a great position going forward. But we’ll hope to qualify without going into the play-offs.”