Two of the early relegation candidates clash on Monday night when Huddersfield host Fulham in the Premier League.

The Terriers are yet to win a match with 10 games of the season having already passed, with just two goals coming in their last six matches.

The Cottagers meanwhile have the worst defensive record in the league with 28 goals conceded, a run which includes shipping 15 goals in their last four league games.

Huddersfield vs Fulham kicks off at 8pm (BST)

The match will be shown live on Sky Sports’ Premier League and Main Event channels from 7pm. The match will also be available on Now TV by grabbing a Sky Sports Day Pass for just £7.99.

Highlights will be shown at 1am on Sky Sports Premier League. 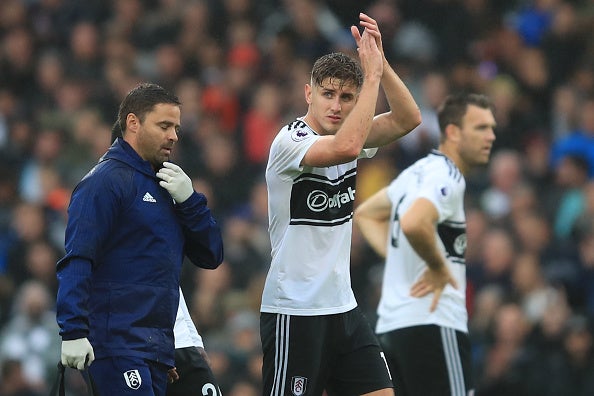 Tom Cairney: The Fulham captain returned for his first game since August when his side lost 2-0 at Manchester City in the EFL Cup in midweek. The Cottagers may be leaking plenty of goals currently but they are not scoring too many either and hopefully the recovery of the 27-year-old will bring that incision and creativity up front that Slavisa Jokanvovic will be crying out for.