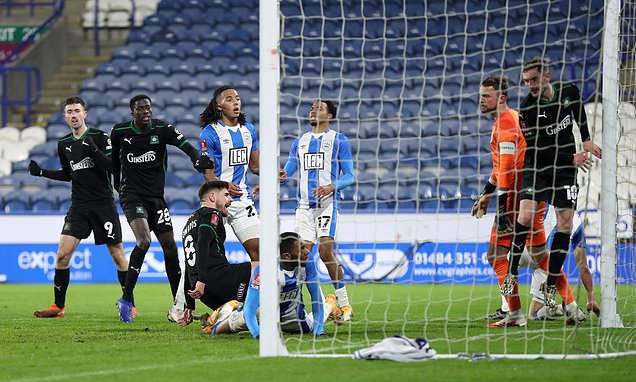 Huddersfield 2-3 Plymouth: Joe Edwards seals late FA Cup victory for Argyle as League One outfit book their place in the fourth round

Ryan Lowe could not hide his delight as League One Plymouth caused an upset of sorts by dumping out a spirited but youthful Huddersfield side.

The Pilgrims had not reached the fourth round since 2008 but goals from Ryan Hardie, Panutche Camara and skipper Joe Edwards ensured their progress over Carlos Corberan’s Championship outfit.

Corberan rolled the dice by making 11 changes and flooded his side with youthful promise, fielding a starting line-up with an average age of just over 22. 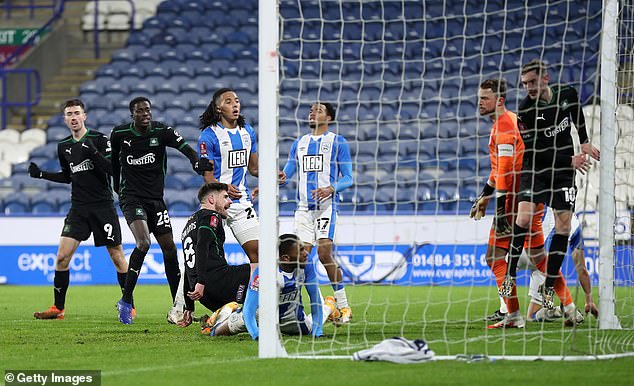 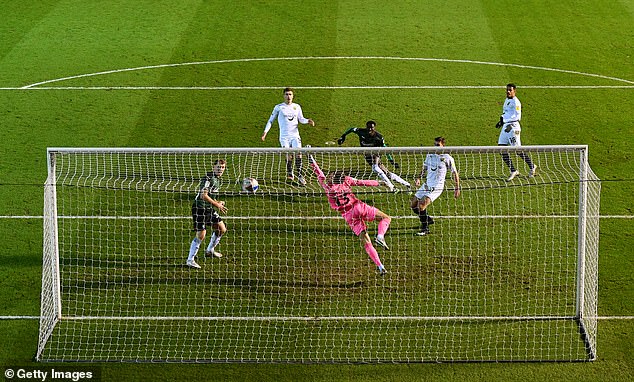 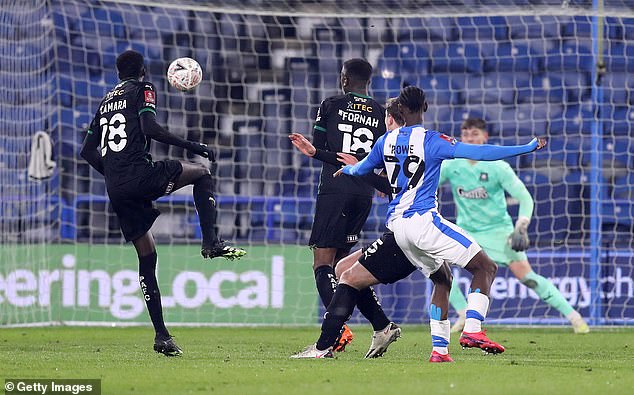 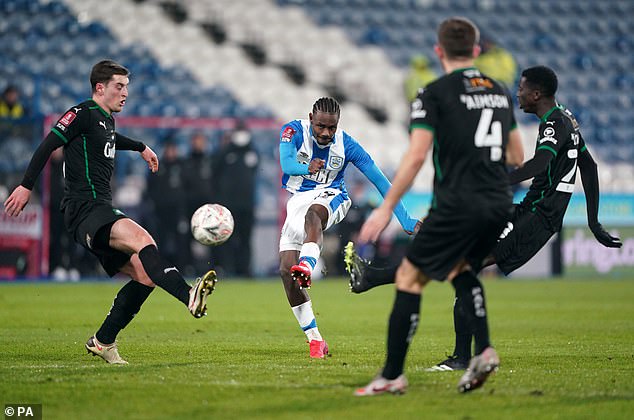 They twice led in the first half through Romoney Crichlow and Aaron Rowe – both with their first goals for the club – but Lowe’s men were not to be denied as Edwards’ 70th-minute strike proved decisive.

Corberan is patiently writing a new chapter at the John Smith’s Stadium after quitting Leeds during the summer following their promotion to the Premier League.

The rookie Spaniard carved out an impressive reputation during his time at Elland Road where he worked as Under-23s coach and in Marcelo Bielsa’s first-team coaching department.

Progress has been so far been steady – the Terriers lie 13th in the Championship – but this match offered a glimpse of the future.

Pilgrims boss Lowe had described the match as a “free hit” for his men, although he signalled his intent to win the match by making just two changes.

Mustapha Olagunju and Pat Jones both made their senior bows for Huddersfield and there were full debuts for Kieran Phillips and Alex Vallejo.

With such an inexperienced line-up, Huddersfield might have been expected to advance cautiously.

Instead, they attacked with sustained cohesion from the off nd forged ahead in the fourth minute.

Pat Jones, 17, showed impressive pace to reach the left-hand byline and cut the ball back into the path of Phillips, whose close-range strike was diverted for a corner by Argyle goalkeeper Michael Cooper.

From that subsequent left-wing corner, Jones delivered the ball to the near post and Crichlow got enough on the ball to send a glancing header past Cooper and into the net.

Lowe was almost beside himself with fury on the touchline at the slackness of the marking but his men steadied themselves and began to ask some questions of their own. 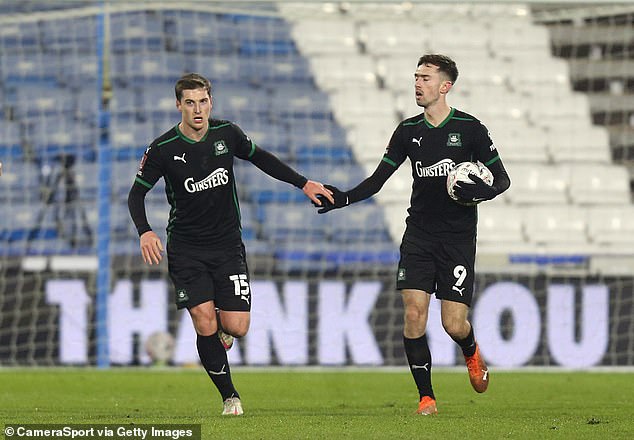 Hardie celebrates with team-mate Conor Grant after sinking his opportunity 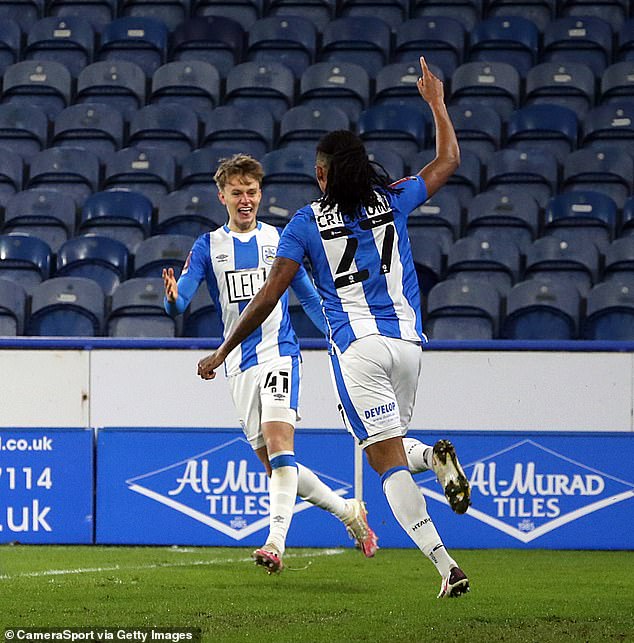 After Will Aimson headed narrowly over the crossbar in the 16th minute, Argyle were level in the 24th minute.

After Demeaco Duhaney was dispossessed in midfield, Luke Jephcott collected possession and sent a clever pass slicing through the Terriers’ defence.

Hardie strode onto his team-mate’s pass and hit an emphatic left-foot shot low past Huddersfield goalkeeper and captain Ben Hamer, at 33 the elder statesmen in the home side.

Yet there was an energy about the young Terriers and it came to the fore again in the 32nd minute.

Rowe collected possession inside the right channel and cut infield before unleashing a brilliant left-foot shot from 20 yards which flew into the top corner.

Parity was restored to an entertaining affair in the 42nd minute with another well-worked goal from the visitors.

This time Danny Mayor reached the left-hand byline and sent a teasing cross into the Terriers’ box, where Camara arrived to control the ball and rifle the ball into the bottom corner from the edge of the six-yard box.