‘We know how quickly football can change’: Bournemouth manager Eddie Howe refusing to get carried away despite impressive start to the season

Bournemouth boss Eddie Howe is not about to get carried away by his side’s ‘pleasant’ start to the Premier League campaign.

The Cherries head to Fulham on Saturday sitting in sixth place, following just one defeat in the past five league games.

Despite already some 10 points better off than at this stage last season, Howe intends to keep everyone at the south-coast club firmly grounded. 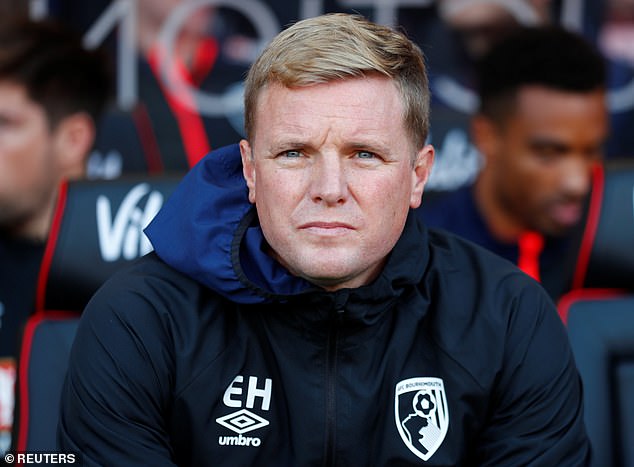 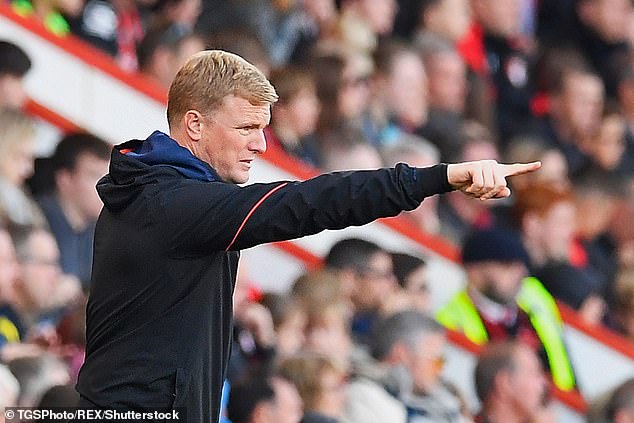 ‘We are pleased to this point. What does it mean? Well it means everything because you are immersed in your work and this is your life,’ Howe said at a press conference.

‘It has been a pleasant start for us, but I think that’s all it is.

‘We know how tough the Premier League is, we know how quickly football can change, so we are very much focused on the next match.’

Having seen the Cherries establish themselves in the top flight following years of battling against financial issues in the lower divisions, Howe is determined to keep things moving in the right direction. 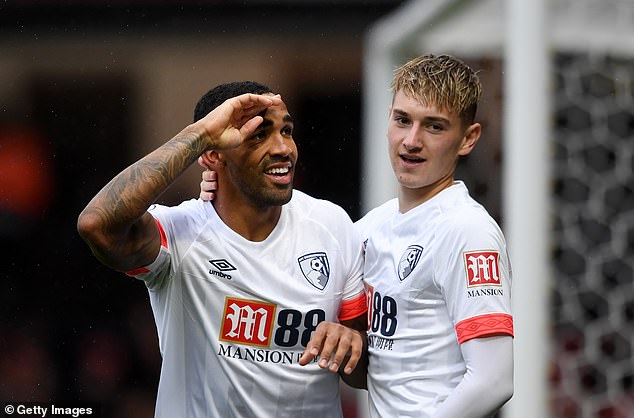 With frontman Callum Wilson (left) in form, Bournemouth have lost just once in five games

‘It is such a unique club, the team spirit and atmosphere created by the players, the coaching staff and supporters, is special here,’ he said.

‘That has always been our biggest strength and we try to harness that every day.

‘It is a place where we work hard, where I set high standards for the players and try and push them in a productive and positive way, so they reach their maximum levels.

‘I’m not sure if ‘buzz’ is the word they would use to describe it, but it’s a good place.

‘I love being there, I love working with the players, their attitude to the work is second to none and it’s an enjoyable place to be.’

Fulham won promotion via the play-offs last season, but have found life back in the Premier League tough going. 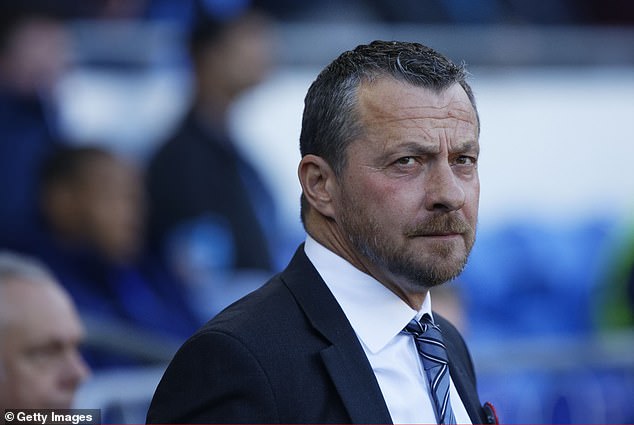 Howe also had words of praise for his counterpart this weekend, Fulham’s Slavisa Jokanovic

A 4-2 defeat at Cardiff last weekend was a third successive loss for Slavisa Jokanovic’s side, who are yet to be rewarded for trying to maintain their attacking approach.

‘The style of play is one that draws a lot of praise, a lot of plaudits last year for the way they did it,’ Howe said.

‘They haven’t changed and they haven’t adapted that, they are trying to enhance that this season so I’ve got a lot of respect for that way of working, so that is why I know it will be a difficult game for us.

‘I have respect (for Jokanovic), but not sympathy.

‘I know he’s an outstanding coach and you can see his work on the pitch with how his team plays.

‘They have got some very good players, a good way of playing and we know we are going to have to be at the top of our game to win – that is the same when you go anywhere away from home in the Premier League.’